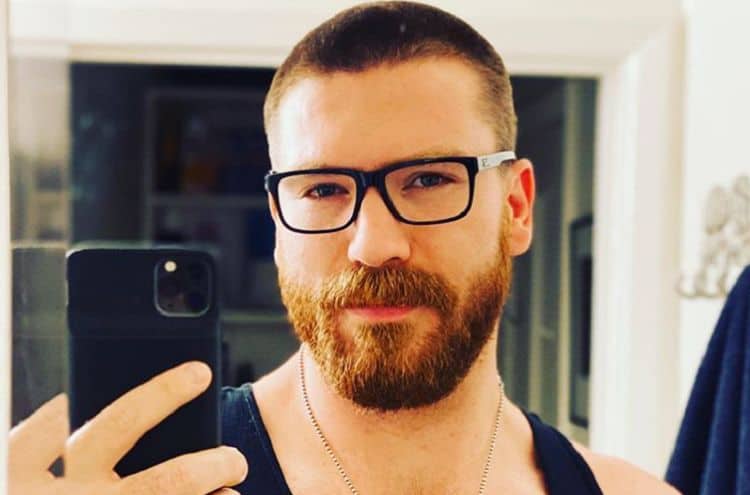 You can never know everything about a person, but the little details you come across can enable you to understand them better. Jesse Kove was born in Los Angeles, and he has ended up in Hollywood playing various roles such as actor and director. When he opened up to Violeta Nicola, we got to learn a few more things about him, which we have summed up below.

1. He does not have any regrets

It is rare to find someone comfortable with their past because most people wish they could turn back the hands of time and do something differently. Well, Jesse Kove believes that everything happens for a reason. The mistakes he made were meant to teach him a lesson and his experiences, whether good or bad, have enabled him to become the man he is today.

2. He loves to see people happy

Some people come to our lives and change us for the better, and others cross our paths to teach us lessons. Jesse Kove is one of those people who are determined to bring a smile to everyone’s face. According to Jesse, being able to bring joy to the lives of those around him is a secret talent. Therefore, if you come across him one day and he cracks a joke you find amusing, you will have made his day.

3. He cherishes working with his father

For most of us, working with family members is a nightmare. You give your sibling a job at your company, and they feel entitled because they are related to the owner, so they report to work whenever they please. Consequently, you are forced to fire them, and your parents nag you about it for weeks telling you to give your sister another chance. As a result, your relationship becomes tense. Luckily for Jesse, the experience of working with his father, Martin Kove, remains his most cherished one. They have worked in films together meaning that Jesse can watch them over and over and relive those father and son moments.

As much as his father took him in sets from an early age, there are some things in the film industry which you can only learn in school. Therefore, Jesse went to New York Film Academy to study film making in-depth. In his interview with New York Film Academy Blog, he got to learn the history and basics of film camera and shoot in real film. Jesse opines that knowing the technical aspects of all camera is what makes a good a filmmaker and NYFA enabled him to gain the knowledge required.

If the only memory you have as a kid is watching the great children shows back in the day, Jesse and his friends had a different kind of childhood. They would spend hours playing video games, and that has become one of the most cherished memories for Jesse. Whether he still enjoys playing them as an adult is something we are yet to find out, but as a child, the go-to video game was anything Nintendo 64. Nowadays old video games are worth a fortune with Stadium Events going for $41,300. If Jesse still has some of his games he can sit on them for a while longer, and they could turn into a goldmine.

6. Believing in himself is what has kept him going

It is said that once you believe in yourself, you are halfway there and Jesse Kove has managed to make great strides in the film industry by following this saying. Jesse reveals that there are many naysayers in the industry. As the filmed “As Night Comes” most people were pessimistic about the project; they kept telling him and his team that they could not do it. However, his persistence paid off, and the world got to enjoy one of his movies.

7. His parents are actors

You can follow in the footsteps of your parents or depart to make your own path. However, usually, when you come from a family of doctors and lawyers, it is most likely that they will push you to join the profession. Luckily, for Jesse, he was not forced into the entertainment industry, but as he discloses on NYFA blog, he started going to film sets as young as six months old, and that is maybe what drove him to become an actor himself. His father, Martin Kove began his acting career in the late 60s and he is active till now. His mother, Vivienne Kove is also an actress and some of the movies she has appeared in include “Demented” and “Terror on Tour.”

An only child enjoys complete attention of the parents, but as they grow older and hear their friends talking of their siblings, they nag their parent to give them a sibling too. It is especially the case for an only child who misses having someone to play with and thinks that a younger brother or sister will do. Jesse did not have to go through his childhood without a playmate because lucky for him, he has a twin sister, Rachel Kove, who prefers to keep her life on a low profile.

9. His parents are divorced

As children, we believed that marriages last forever because fairy takes like Cinderella and Sleeping Beauty ended up with the couples living happily ever after. Sadly, that is not the case in real life. Although they say true love never dies, sometimes people fall out of love, and instead of being in a relationship that is no longer fulfilling, they call it quits. Jesse’s parents, Martin and Vivienne decided to divorce after 24 years of marriage, and according to Live Ramp Up, his father has since moved on with a lady called Mary.

10. He finds “Ozark” worth binging

Some televisions are addictive; once you watch the first episode, you want to know how the story ends so you stay up all night to find out. Jesse binge-watched “Ozark” and would recommend it to anyone looking for a show to binge watch.