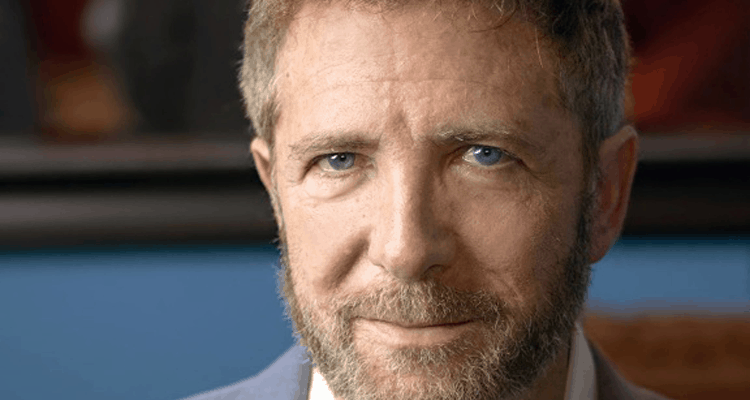 Gene Silvers is a multi-talented actor from New York, currently living in Los Angeles, California. He has had many notable appearances on prime-time TV and film and extensive theater work in New York. He is currently in two major streaming shows. One is the controversial “Them” (with producer Lena Waithe and Little Marvin) on Amazon Prime, which explores the horrors of racism and was recently the number one show on Amazon. Gene plays the intense and rebellious 19th-century Dutch religious leader, “Elder Luther,” who is constantly at odds with “Elder Epps” (Christopher Heyerdahl). And two, Gene is “Sheriff Silvers “of Yuma, AZ, in the popular Apple Plus TV show, “The Mosquito Coast,” starring Justin Theroux.

Gene is also known for countless appearances on all the various “Law and Order” series and other New York procedurals. His guest lead role on an all-time most popular “Law and Order” episode, “Dr1-102 as the vulnerable, frightened, hostage taker “Raymond Hobbs” was submitted for an Emmy award and continuously played somewhere in the world for the last 20 years. He is also known for his performance as the tortured Jewish leader, “Lazar Haller” in Broadway’s “Irena’s Vow,” co-starring with Tovah Feldshuh; this Broadway play, brings to light the real-life heroine, Irena Gut Opdyke, the young Polish woman, who saved 13 Jewish lives, while hiding them in the basement of a Nazi Major’s home while he lived there; a remarkable true story.

1. Gene started his performing career as a magician.

From a very young age, he developed an interest in magic. As a teenager, he formed the Long Beach magic club (Long Beach NY) with close friend Ricky Rubin (who became known as Rick Rubin, the prestigious and world-renown music producer). Gene never stopped performing magic, eventually performing celebrities for Julia Roberts, Robert DeNiro, Gwyneth Paltrow, and Robert Downey Jr., to name a few. He performs at Los Angeles’s famous venue “The Magic Castle.” Gene even does some kid’s shows from time to time, of course never telling the parents about some of the villainous characters he’s played on TV, for fear of scaring the kids or the parents.

2. He was one of the few actors working during the Covid shutdown.

Gene spent five weeks in New Mexico shooting “Them.” The show had to shut down several times because of Covid scares, but it eventually finished and became the number one show on Amazon. He almost turned down the role due to the racist nature of the character and some of the actions he had to do. He seriously considered passing on it, especially during such divisive times, but reconsidered and thought if he could somehow show that acting in that way (as the character) took a horrible toll on his soul (and therefore on anyone’s soul who acted that way) it would be possible to act it and show something worthwhile, that having those kinds of feelings toward anyone is like cancer.

3. Gene’s interest in mysticism has led him to India.

India is where he lived with his guru, Gurumayi Chidvilasananda, while studying meditation. He continues to follow the path of Siddha Yoga and encourages anyone interested in a non-denominational way of learning true yoga and the underlying mysticism to check it out.

4. He is a passionate expert skier.

In 2020, Gene almost lost his life in a terrible ski accident at Mammoth Mountain, CA, flipping head over feet down an icy double black diamond run, barely missing several walls of rock. After falling several hundred feet and blacking out, he was brought to a hospital with a broken hand and told he was lucky to be alive. This was right before the shoot of “The Mosquito Coast.” Luckily the director (Rupert Wyatt / Rise of the Planet of the Apes) allowed his character to have a cast on; you can see it on his left arm in the show. Unfortunately, the accident has left him with a somewhat disfigured left thumb and has limited his ability to do sleight of hand magic with that hand.

5. Gene improvised in “The Mosquito Coast.”

He was asked to improvise an introduction when he greets the FBI officers in “The Mosquito Coast, he used his real name, not thinking it would be used, and it actually made it in the show, you can hear him say, “I’m Gene Silvers,” Sheriff of Yuma, one of the few times you’ll see a character and actor with the same name (“or perhaps being on oxycodone for the pain clouded my judgment.”)

6. His father always encouraged him.

Gene’s father was a life-long pharmacist who disliked his job. He was forced to leave art school (Cooper Union) and his career in sculpting to raise his family. As a result, he always encouraged Gene to follow his dreams, first with magic, then acting, and along the way photography, which was his father’s passion later in life. He passed away a few months before he could see Gene in both the current shows he is in.

7. Gene has another interest in addition to acting and being a magician.

His other passion is photography, both landscape and head-shots; you can see his work on genesilversphotography.com

8. He did a lot of theater while in New York.

Gene’s most cherished experience was doing an off-Broadway play called “Murder in the First” (written by Dan Gordon, who also wrote the movie of the same name with Kevin Bacon and Christian Slater). He played “Willie Moore,” the downtrodden Alcatraz prisoner who is on trial for murder, yet whose only desire is to have a friend his own age. His lawyer was played by his real-life close friend John Stanisci, “it was kind of like bringing our real-life relationship onstage; there were moments that were utterly real for me because of this.” Gene was nominated for a New York Innovative Theater Award for best actor for his performance.

9. Gene had an experience that changed his life.

His introduction to mysticism or higher consciousness was with a well-known screenwriter when they both did LSD in NYC during the 80s as very young men. Those trips changed his life. Possibly his too, but he can’t comment on that.

10. He has several favorite films.

Look for Gene in Amazon’s “Them” Episode 9 and “The Mosquito Coast” Episode 2.