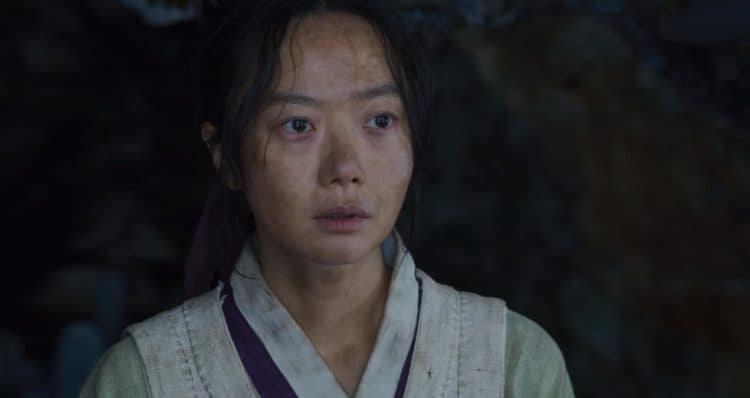 Bae Doona, or Doona Bae, however you want to arrange her name or however she wants to arrange it, is kind of a nice surprise as an actress since she’s intense and kind of brooding but can also be rather personable as well. She’s shown so far to have a real talent for the craft and is someone that’s perhaps very reliable and willing to do some of the things that other actors are not. Her career almost feels as though it hits its hot points and then cools off for a while since she’s been kind of a hit and miss actress that has had some rather great roles and then backed off a bit as though in response to her personal needs to just take it easy or perhaps due to critics who can be a bit harsh at times. It’s hard to know without asking her but one thing that’s evident is that she’s quite skilled and fun to watch.

10. She started her career as a model.

Bae’s career started out in modeling as a lot of people seem to do every now and again. Some people get into acting because of their family while some get into simply because they have the latent desire that they can’t fully explain. With Bae it almost seems like it was a byproduct of her life at one point.

This is most definitely a movie that any audience member would be wise to pay attention to since otherwise it’s easy to get lost within each transition and not understand in the least bit where the story is going or what’s going on. In truth it’s a very touching tale and one that spans several different generations and eras. But once again, you really have to be paying attention.

Bae took an interest in photography which when you think about it is kind of interesting as well as advantageous as it can give an actor a better appreciation of what their directors might be seeing when they’re trying to get a film to conform to their idea of what they need to see. Photographers, those that use it as a hobby or take it seriously, usually look for the picture they want, snapping away in order to get that perfect moment when it arrives.

7. She didn’t think about acting when she was young but she was around it a lot.

Her mother was an actress and Bae would follow her around a lot so she was exposed to it quite often but didn’t ever think that she would be a part of the acting world largely because she had no ambition for it.

This is one of the best series to have come out on Netflix in some time and yet it’s kind of been buried at this point as the streaming network continues to pile on as many shows as it possibly can in order to bolster its ranks. The idea of having someone in your head, adding their experience and skill set to yours is pretty cool, but kind of eerie too.

After a career in modeling she decided to finally see what it might be like to get in front of the camera and give it a try. So far she’s been doing awesome to say the least since she’s been one of the more popular actors of the current era.

4. She’s been seen in music videos.

Bae has definitely made a name for herself and continues to do so as she jumps from TV to film and back and forth. Being in music videos used to be one of the biggest steps an actor could take in their career, now it’s more like something that can help to round it out, so it’s still pretty helpful.

This sci-fi flick didn’t get a whole lot of attention when it came out and was quickly buried since it didn’t perform all that well at the box office. That’s kind of a pity since it does have a great story to it and does feature some very popular actors. Unfortunately even the cast couldn’t quite bring the reputation of this film back to an even keel.

2. She took a brief hiatus from film at one point.

This was when she got into photography, taking up the hobby as she sought something else to occupy her time with while she was taking a break. A lot of actors have taken time off between movies but Bae decided she needed some ‘me’ time and went ahead and took it.

There’s a reason why she’s so well-liked, and it’s also the same reason that’s managed to win her a shelf full of awards that manage to convey just how popular she’s become and how well-rounded she is as an actor.

It seems fair to say we should be seeing more of her in the years to come.