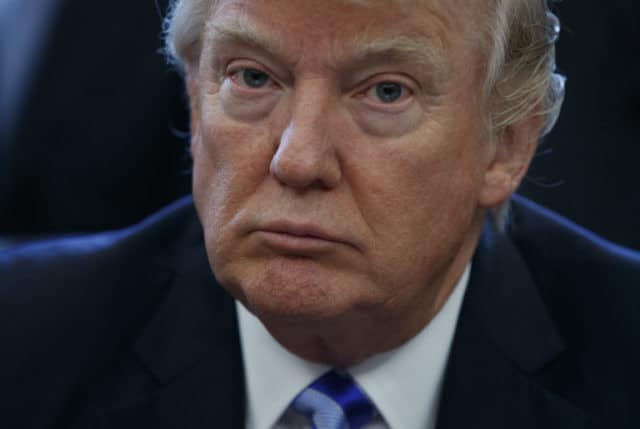 Many people blast Donald Trump as the villain.  No really, I’ll just let that hang there for a minute since it’s true. Does he deserve it? Probably, but does it get old? Oh yeah. But does it get funnier when he’s parodied in Stranger Things as the vaguest villain in the history of Netflix? I would have to go with “yes Alex” for $2,000. If you get the reference then great if not then feel free to keep reading anyway. But the gist of it is that Trump has said that term “other things” so often that people have finally caught on and are wondering just what those ‘other things’ are.

He’s gone into saying what he wants to do for the country, which to his followers sounds like it will make America great again and bring back the good old days, in some ways perhaps. But to those that either have their eyes open or the hate directed at Trump then it means that he’s going to lie through his teeth and tell us all that it’s the best idea he’s had in a long, long time. And as for those ‘other things’ they might sort themselves out eventually but not while he’s giving his speech. In fact it’s almost like an afterthought that he throws out during each speech, a sort of cliffhanger that we’re all waiting to see resolved and are anxious to see revealed.

‘Other things’ could mean so much and from Trump it could mean another shoe dropping when the first one has already been enough to divide the country along ragged lines that don’t seem to be mending all that quickly. Kind of like Hawkins the USA is slowly falling apart as we wait for those ‘other things’ to be revealed. The problem is that none of them ever seem to be forthcoming and Trump seems to love just throwing it out there as a tease for the people in order to confuse us all even more and keep that breach widening as his idea of America continues to rot on the vine so to speak.

Making America great again sounds like a good idea but when you go back to the same old routines that didn’t work in the first place it kind of seems like he’s making it work for him and those like him instead of really making it work for the people that essentially have the power to vote him out of office. But the Trump supporters are strong enough and the cash flow that’s helped him secure his position in office and in the American culture is deep enough that he’ll likely go on for at least close to the four-year term unless he manages to do something so terribly wrong that even his own people will turn on him en masse.

There’s nothing to say that he’ll do such a thing, nothing but those ‘other things’ that he seems loath to explain but eager to mention most times. It kind of makes you wonder just what they are to be honest, and if we really want to know.