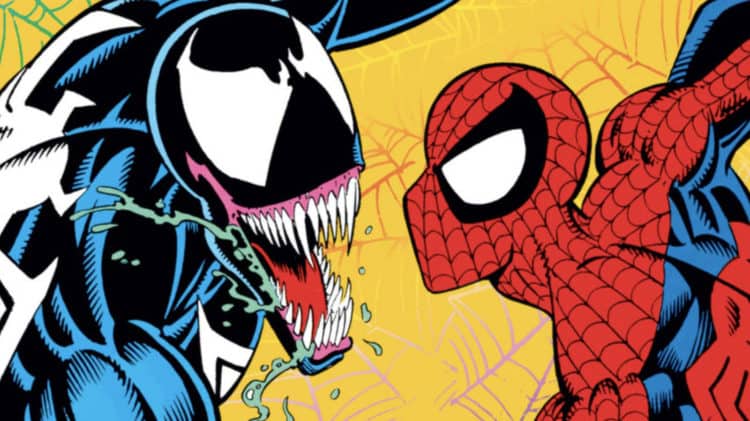 It’s kind of a silly question since Spider-Man fans would probably know the answer to the question of why Venom hates Spider-Man so much. Their history isn’t really a complicated one to be certain, at least not initially. The story of their relationship is as people remember since Venom bonded with Spider-Man as part of his suit, which wasn’t detected until it was too late to remove the symbiote easily. Once Peter found out how to remove Venom however, he rid himself of the symbiote for good, only to realize that it had found another host that hated Peter Parker just as much, if not more, in Eddie Brock. The battles that would be waged after the initial meeting became more and more intense until Venom finally became more of an antihero than a villain, especially when it came to needing Spider-Man’s help against Carnage, and vice versa. In the comics, they’ve met more than a few times and have been enemies as well as allies, but this kind of leaves a big question when it comes to the current live-action movies, where the two haven’t met yet.

It was noted in Spider-Man: No Way From Home, and Venom 2: Let There Be Carnage, that Venom finally did get to take a look at Spider-Man, and he did appear interested in the webslinger for one reason or another. This kind of begs the question as to what will be happening in the years to come when Venom and Spider-Man finally meet up. The fans have wanted to see this for a while, and even though it was seen in Sam Raimi’s Spider-Man 3, the effect didn’t really work since Topher Grace just wasn’t the guy for the role. Tom Hardy pulled off the role of Eddie Brock perfectly, but the fact that his character hasn’t met Peter Parker yet is a little maddening for a lot of people.

But there’s still the question of how the two might interact when they finally do meet since at this moment it doesn’t feel as though there’s any need for animosity between them since the symbiote’s first host was Eddie in this version, and trying to imagine how the two are going to finally interact is at least a little tough considering that forcing the story doesn’t sound like a great idea. But letting it sit too long isn’t a good idea either. These two need to meet, and it almost feels as though making it a meeting that would pit them against each other would be a good idea since they’ve been enemies for so long in the comics that the idea of breaking the trend feels almost…well, wrong. There are plenty of ways to argue against and for this since Venom hasn’t just been the enemy of Spider-Man during his stint in Marvel comics, as he’s taken on several different individuals throughout his time in the Marvel universe. It would be great to see Venom in a Sinister Six movie or perhaps even see if Sony would loan him out for a Marvel ensemble movie that would make good use of him.

Of course, if that does happen then it’s likely that there will be a lot of speculation as to whether Disney is planning to buy out the rights to Spider-Man once and for all, which doesn’t feel likely to happen since despite having other prospects to work with, Spider-Man is one of Sony’s biggest draws and it feels like they’d be having snowball fights in hell long before they let him go. But with that in mind, the same deal that they’ve enacted with Disney to use Spider-Man does feel like it could benefit both sides since there’s a ton of money to be made in allowing a crossover given that people would love to see how Venom stacks up against other heroes and villains as well, seeing how he’s more of an antihero at the moment. It does feel as though Venom has a lot of possibilities moving forward, but a lot of this hinges on how well Sony and the MCU are going to be able to work together, as there have been a few issues in the past when it came to Spider-Man and whether or not he would be continuing onward in the MCU.

So to make it clear, the relationship between Spider-Man and Venom is pretty simple, the latter hates the former because he rejected him, and Eddie Brock hates Peter Parker because of what happened at their job. In other words, Venom and Eddie have pretty valid reasons to hate Spider-Man, and this is what helped spark and then keep the feud alive for so long. Now it’s just a matter of how it’s going to be seen in live-action, and if it will be able to top Spider-Man 3. It’s a fair bet that such a thing should be able to happen.