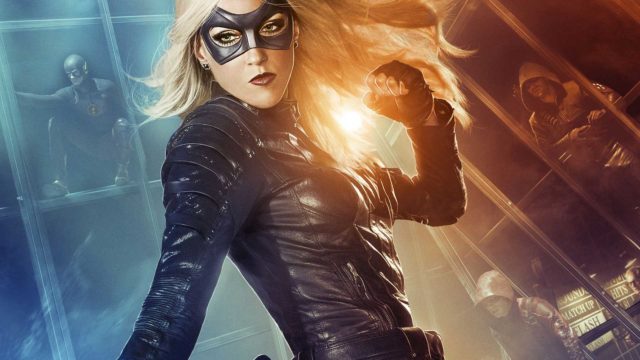 Black Canary is not as well-known as some of her team-mates on DC Comics’s flagship teams, but it should be noted that she was one of the publisher’s earliest superheroines. Since the initial creation of the character in 1947, she has gone on to appear in a wide range of comics, animated series, live-action series, animated movies, and video games, meaning that it is no exaggeration to call her one of the more popular DC Comics characters.

Here are five things that you may or may not have known about Black Canary:

Started Out as a Villain

In her first appearance, Black Canary was a villain. It was not until later that she was retconned into a crime-fighter who had been infiltrating a criminal gang for the purpose of bringing it down from the inside. Later, she became so popular with readers that she had her own feature in The Flash comics, which in turn, provided her with the momentum needed to secure a place in the Justice Society of America that starred in All-Star Comics.

In modern times, Black Canary can refer to two characters, with one being the mother of the other. The first is Dinah Drake, who is the Black Canary who was a part of the Justice Society of America. In contrast, the second is her daughter Dinah Laurel Lance, who is the original Black Canary’s daughter with her love interest, Detective Larry Lance. This state of things came to be with the comic book crossover event called Crisis on Infinite Earths, which provided DC Comics with a chance to change what had been a much messier state of thing before that.

Has Picked Up Some Powers Over Time

People who have seen Black Canary in one of her modern incarnations might recognize her by her sonic scream. However, it is interesting to note that the character didn’t get that superpower until a couple of decades after her debut, whereas initially, she had been a crime-fighter who relied on hand-to-hand combat to overcome her opponents. For various reasons, modern incarnations of Black Canary also tend to be depicted as outstanding martial artists who are capable of competing on a world-class level within the DC Comics setting.

It is far from being an iron-clad rule, but Dinah Laurel Lance is often linked with Green Arrow in a romantic manner. For example, she was actually married to Oliver Queen before the launch of the New 52, which decided to go with a different direction. However, it is clear that there are a fair number of people who remember the relationship between Black Canary and Oliver Queen with fondness, as shown by some of the comments made in DC Rebirth, which is another relaunch of the DC Comics setting.

Had a Daughter At One Point

At one point, Dinah Laurel Lance had a daughter of her own in the comic books. To be exact, she had adopted a child that she had met in the course of her adventures, who she would rename Cynthia Lance. Unsurprisingly, Dinah took her newfound responsibilities extremely seriously, so much so that she actually quit some of her obligations as a superheroine in order to focus on her daughter.