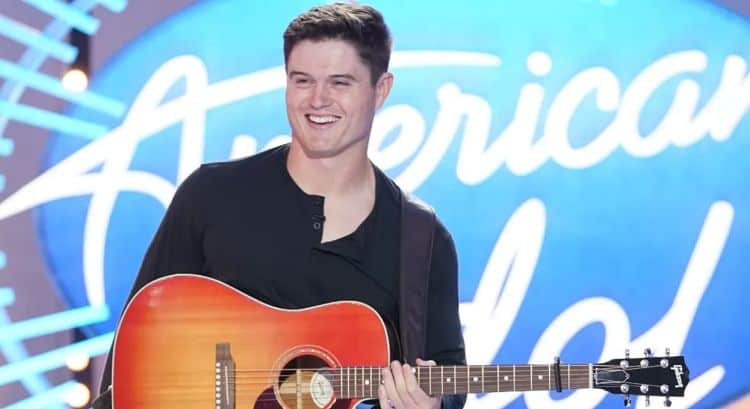 Dan Marshall is as All-American as they come. He’s a former collegiate athlete, he is a country music lover, and he loves America. He is proud of his country, and he is a man who is proud of the men and women who serve this country. Coming from a family of men who do serve this country by way of the Marine Corps. Does help his love of America, but he is also a young man who has big dreams. He’s going to be the next American Idol if he can make it to the top, and he is giving it his all to ensure he does just that.

1. He is a Country Singer

At the end of the day, this is a man who loves his country music and sings it with pride. Coming from the kind of all-American family he comes from, country music just runs deep in his roots, and he hopes to make it as a country singer. He’s talented, so we see it happening.

Prior to becoming a famous reality star and American Idol hopeful, this was a young man who went to college to earn a degree. He graduated from the impressive Virginia Tech university, and he is proud of himself. He is ready to face the world with his degree, but it’s music that has his heart.

3. He is from Virginia

If you thought he only went to Virginia to attend college, you’d be mistaken. He lived in Virginia prior to that, though we have a feeling he moved around a bit as a child. Either way, this state is his home, and he was there for many years.

We think he might have moved around a bit because his father retired from the Marines. In fact, one of his brothers followed in their father’s footsteps and also joined the Marines, which is a source of pride for all. At the moment, his brother is a first lieutenant. We thank them for their service.

5. His Family is Proud

His family is not only proud of him for all that he has accomplished in his life, but they are proud of their country. They are proud to protect and serve, and a love of America runs deep in their family. We are all thankful for the time, the commitment, and the sacrifice his family has made for this amazing nation.

If you think his name might sound familiar, it might be because you are a college football fan. He was not just a student when he was at Virginia Tech. He was also a player for the football team. He played in more than 30 games, and he also earned an award in the 2019 season. He took home the Paul Frederick Cobb Award, which is given to the player with the most spirit each season.

He says he knows the basics and has since he was around 12, but we think he might be better than just a basic player. He fell in love with music around the same age, and it’s been important to him since. He’s not been afraid to show his artistic side along with his athletic side, and it works for him.

8. He is a Guitar Player

9. He Loves the Best Music

It doesn’t matter who you are, there is nothing like the music of the 90s. It was the best of the best, and not just for us who lived the decade and listened to it. He is a man who also loves music from the 90s and even the early 2000s, and we cannot blame him.

10. He’s Heavily Influenced By the Best

Everyone is influenced by someone in their line of work, and he is no different. Who influenced him, however, are some of the most talented men in the business of country music. Are there better country music influences than the likes of George Strait, Kenny Chesney, Garth Brooks, and Alan Jackson? We think not.