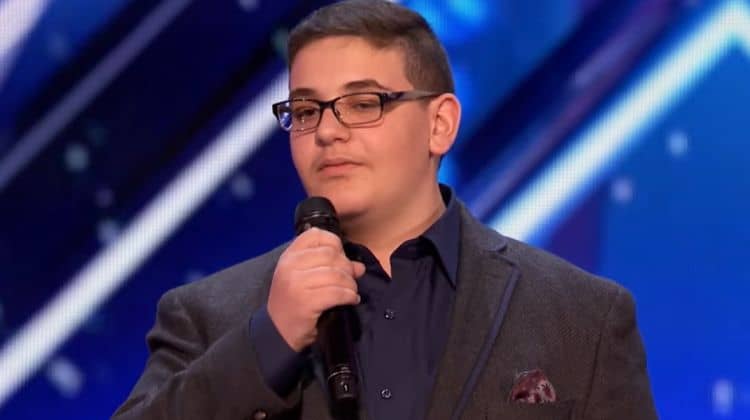 When Christian Guardino auditioned for American Idol’s 20th season, he didn’t know what to expect. He was hopeful he’d earn a golden ticket to Hollywood, and he knew he was talented enough to do it, and he did. He is now one of the final 24 people from all over the country left to compete for the prize, and the fans he’s made so far are in love. He’s won over all the judges and the world, and no one can stop this young man.

He’s a born and raised New Yorker from Long Island. Specifically, he is from the small town of Patchogue. He and his family live there, and the entire community is so proud of him and how far he has come since he began his singing career.

2. He Watched with Family

The night he earned a golden ticket to head to Hollywood, he was surrounded by people who love him. They knew he was there to see if he could make it to Idol, but he is not allowed to tell the world whether or not he makes it once he auditions. His community, friends, and his family came together to sit with him the night his initial audition aired. They ate dinner at the PeraBell Food Bar, and no one could stop celebrating.

3. He Was on Television Before

You might be surprised to learn that this young man has been on television before. In fact, he spent quite a bit of time on television in the past. He was part of the America’s Got Talent group back when season 12 aired. He was only 16 at the time, and he made it all the way to the semifinals. It was a big moment.

4. He is Still Young

It might sound like he has been doing this his entire life, but he has not. In fact, he’s only 21. He was 16 the first time he was on television, and it’s only been five years since then. He’s come a long way, of course, but he is also a young man who has done some seriously big things in his life, and he is quite proud of how far he has come and all that he has accomplished over the years.

5. He is Working on His Comfort Zones

When he auditioned, he made it big. Lionel Richie gave him a hug and said ‘we’ve found him,’ and Luke Bryan went on to say that this young man has a voice that has been touched by God himself, and we cannot help but think they might love him.

7. He is Headed to Hawaii

He is on his way to Hawaii where he will perform at the Disney Aulani Resort. He is so excited to do this because it is where everyone who made it to the top 24 on the show gets to go, and he made it. He’s one of the top, and he is not taking that for granted.

8. He Was Born With a Congenital Issue

He was diagnosed with legal blindness at the age of six months. He was born with a condition called leber congenital amaurosis. It’s a disorder that affects his retinas, and he was not going to have a bright future – no pun intended – without a major surgery that his mother made happen for him. It was a gene therapy that would allow him to succeed and protect his vision, and it was a big deal.

9. He is Active Online

He is a young man who spends a lot of time on social media making sure his fans and his friends know how to find him and they know what he is up to. He shares his work, his success, and what he is doing with his followers, and they love it.

Despite the fact that he is online and on national television, he’s still a young man who prefers to keep his life as private as possible. He enjoys being quiet about his private life, but he will find that more difficult the further he makes it on this show.