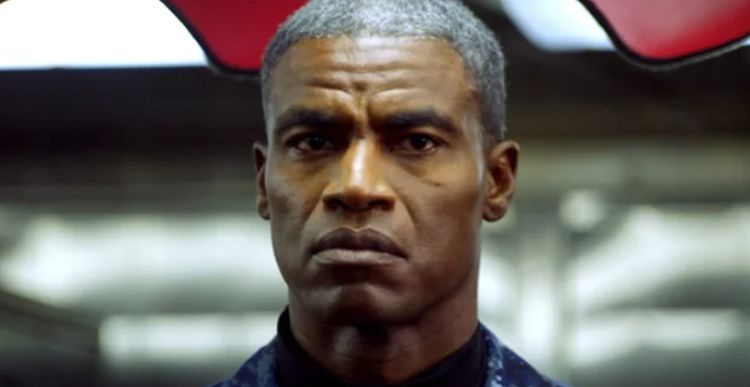 If you’ve watched a decent number of films and/or movies over the last 20 years, there’s a good chance that you’ve seen Charles Parnell’s face before. The talented actor has been a fixture in the entertainment industry since making his first on-screen appearance in the late 1990s. While his roles may not always be the biggest, Charles has a commanding presence that demands attention every time he steps in front of the camera. Many viewers will recognize him from things like All My Children and The Last Ship. Recently, he also played Adm. Solomon ‘Warlock’ Bates in the 2022 movie Top Gun: Maverick. Keep reading to learn 10 things you didn’t know about Charles Parnell.

1. He Is a Chicago Native

Chicago has a very long history of being home to some very creative and talented people. Charles Parnell’s name is yet another one that can be added to the list. He was born and raised in Chicago and he has nothing but love for The Windy City. It’s unclear whether he lives there today.

2. He Has Worked on Video Games

Anyone who has ever heard Charles Speak will probably agree that he has an amazing voice. As a result, it’s not surprising that he has gotten some voice-acting opportunities over the years. Most notably, he has gotten the chance to be part of several video games including Grand Theft Auto IV and V as well as Call of Duty: Advanced Warfare.

3. He Is Passionate About Human Rights

Charles is the kind of person who isn’t afraid to speak his mind and let it be known where the stands on certain issues. He is a firm believer in the importance of human rights and he has used his platform to speak out against things like racism and police brutality.

Even after all of the time he’s spent in the entertainment industry, Charles has never been the type of actor who likes to share all of his personal business with the world. In fact, there is very little information about his private life on the internet. He has always preferred to keep the attention on his work as an actor.

Acting may be what Charles is best known for, but it’s certainly not the only thing he’s good at. When he isn’t busy with work, he loves spending time in the kitchen. He especially enjoys making bread. Charles can make a wide variety of bread and he often shares his creations on Instagram.

Even if you’re not someone who likes being outside, you have to admit that there’s something special about getting outside and breathing in fresh air after a long day. This is a feeling that Charles truly enjoys and he likes to spend time outdoors and go for walks to explore his surroundings.

7. He Didn’t Always Plan on Becoming an Actor

There are lots of actors who grew up knowing that they wanted to act, but that isn’t true for Charles. Acting is something that he kind of fell into by accident. When he used to work in a restaurant, he and a co-worker would make up funny skits during their downtime. After realizing that he had talent, Charles decided to take acting a little more seriously and give it a try.

Although we didn’t find any information to suggest that Charles has ever been a competitive athlete, we do know that he enjoys playing golf in his free time. Not only is golf a fun way to have some friendly competition, but it can also be a great way to release stress and disconnect from the commotion of the entertainment industry.

Sex and The City is easily one of the most well-known shows of the late 1990s/early 2000s, and Charles Parnell will always be able to say he was a part of it. His first TV role was actually in an episode of the show in 1999. He returned to the show again in 2002 for another episode.

Being cast in Top Gun: Maverick was an awesome experience for Charles in more ways than one. From a career standpoint, it looks really good on his resume. However, it’s also cool for him on a personal level because he’s always been a fan of the original Top Gun movie. Plus, getting to work alongside Tom Cruise isn’t too shabby either.