Home
Entertainment
Caddyshack’s Danny Noonan Offers to Be a Caddy in U.S. Open 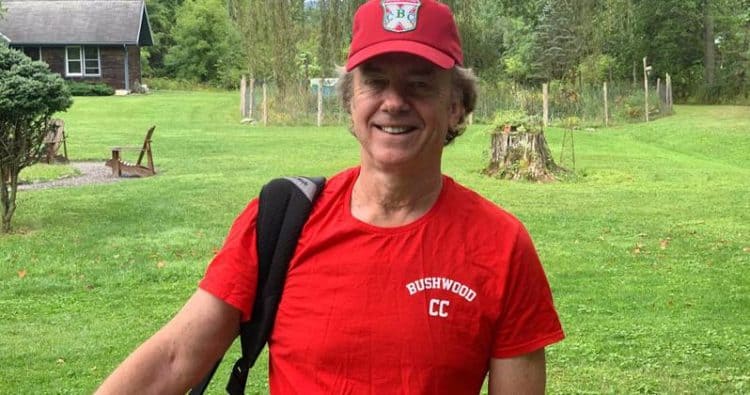 Who else knew that Michael O’Keefe didn’t know that much about golf when he was hired on as Danny Noonan in Caddyshack? He definitely fooled a lot of us since he appeared to be just one more caddy among the many other young faces that were trying to earn a buck at the stuffy old Bushwood Country Club. As it stands now though it would appear that Michael is attempting to get on as a caddie for the U.S. Open, which is kind of odd at this point in his life, but still something that he wants to do since he wants to show his son that it’s important to take up supporting roles in life as well. Given that his career has been fairly steady following Caddyshack, he did appear on TV and in several movies in the years moving forward. Obviously he hasn’t been the biggest star in the world, but he’s been doing just fine and has no doubt created a very comfortable lie for himself. Going back to caddying does sound like kind of a stretch, but hey, when you’re wanting to impress your kid and show them that life is about helping people as much as it’s about getting ahead, it’s hard to say anything negative about it. Whether he’s learned anything else about caddying or golf at this point is hard to say, but it shouldn’t be a huge impediment.

The movie Caddyshack is still a classic to this day since despite a lot of people not knowing about the issues that went on behind the scenes, notably when Bill Murray and Chevy Chase continually tried to upstage one another, it’s been seen as one of the best comedies ever made largely because of the cast and the fact that it was essentially Happy Gilmore before there was a Happy Gilmore. Well, Happy without the destruction and man-child antics anyway, which Groundskeeper Carl could be credited with in some regards. Looking back on it now there are definitely a few moments within the movie that people might find issue with simply because they’re not PC and don’t necessarily vibe with what people would consider to be necessary. But that’s a big part of why the movie worked since despite being problematic, people knew how to laugh at these things since they were meant as jokes and the laughter took a lot of the sting off. Granted, Mel Brooks was one of the only guys that could get away with blatant racist remarks and the like, but there were times in the movies when it was best to laugh and just move on then focus too much on one scene.

Danny Noonan wasn’t a perfect character by any means since he knew that he wanted to go to college, kind of, but he was still something of a creep since despite having a girlfriend that he worked with he was caught with the hotter than hot Judge Smails’ niece Lacey, and he was something of a jerk at times too. But deep down Danny was a pretty good kid and just wanted a way out of his current circumstances. Anyone that’s ever walked a golf course should know by now that the act of walking one of those things is kind of a pain in the backside, especially when you have to carry a bag full of clubs. Even if you’re in shape it’s a pretty decent walk around nine holes, and even more so if you’re shooting eighteen. The job of a caddy is one that is taken way too lightly by a lot of people and doesn’t get a whole lot of respect, even to this day, and a lot of golf courses have switched over to golf carts over the years, or people just carry their bags. The days of the caddy aren’t gone by any means, at least not if Michael has anything to say about it, but it’s definitely a different game than it used to be. If he’s really wanting to be a caddy for the U.S. Open then it’s true that his only requirement, having been a part of one of the greatest golf movies of all time, would be enough to make him worth hiring on, so long as he could make it around the course.

It’s easy to see that Michael does appear to be in good shape and would likely make a good showing of it, especially since most golfers tend to know what club they want and it’s up to the caddy to give it to them. That’s not too hard, right? I wasn’t going to do this to close out, but considering who the article is about, there won’t ever be a better chance, so I might as well go ahead and say it. Noonan! Nnn-oonan!