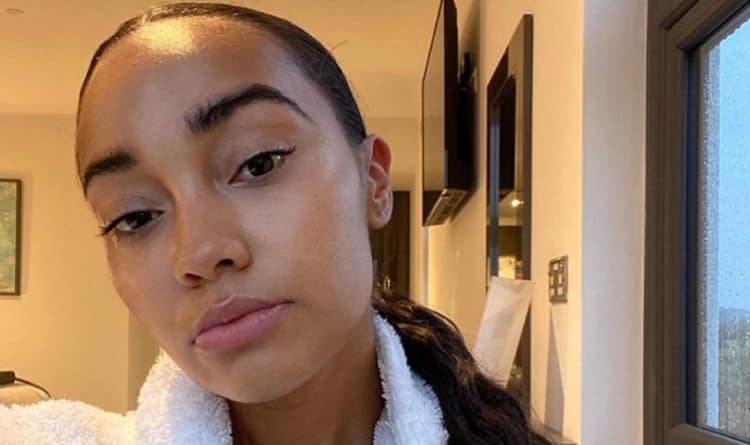 She’s part of a girl group, and that has made her reach levels of fame no one ever imagines. She’s Leigh-Anne Pinnock of the group Little Mix. She’s been featured on the hit show, “X Factor,” she’s made hit songs, she’s toured, she’s become famous, and she’s someone everyone is clamoring to get to know. We thought we might know her pretty well since we’ve all been watching her for some time now, but we don’t know much about her outside of her girl group situation. It’s time to change that if you ask us.

She’s still really young. She’s not yet even 30 despite the fact that she’s been in her girl group for almost a decade. They’re one of the top five best-selling girl groups of all time, and she’s only 29. Her date of birth is October 4, 1991, which makes her a 90s baby through and through.

She’s got such cool genes. She’s from High Wycombe, Buckinghameshire, but she’s got genes from all over the world. She’s Jamaican and Barbadian, which means her families are from the islands in the Caribbean. Both are beautiful, and so is she.

Her parents divorced when she was still a teenager, but she was almost an adult when they decided to divorce. It was 2009 when they both filed, which means she was around 18 at the time. We imagine that it was still hard on her to see her family fall apart like that, but we also know that sometimes you just cannot help but feel sad when changes happen.

She is the baby of the family. Her parents might not want to be married anymore, but they have three girls together. She is the youngest of all three, and she’s always had a good relationship with her older sisters. They’ve always been her role models, and she’s always looked up to them growing up and even as adults.

5. She Spent a Lot of Time in Jamaica

Throughout her life, she spent a great deal of time in Jamaica. Her family did not live there, but she spent much of her time with her grandfather who did live there. She loved spending time with him, and it was fun for her to be there for long periods of time. They were close.

Before she was famous, she had to work to make a living. She was a waitress, and she worked at the Pizza Hut. Now, we love a good pizza, but we imagine that the tips working there simply were not that good. We are glad she found a better use of her talents than that.

She doesn’t seem to like the short-term relationship. She was with a man who pays football (not American football) for three years from 2013 to 2016. When they broke up, she began dating a man by the name of Andre Gray. They got engaged in 2020 celebrating their fourth dating anniversary.

8. She Gets Star Struck

She might be one of the most famous performers in the world, but that doesn’t mean that she doesn’t get star struck on her own. She met Rihanna at the BRITs, and she didn’t know what to say or how to move or what to do. She forgot how to function, but we totally get that. It’s Rihanna, and we don’t think it matters who you are when you meet a legend.

She says that it’s been throughout her entire life, and she remembers the first time she knew she was experiencing it. She was 9. She didn’t have any life experience or anything to go by at that time, and she just didn’t know what was happening. She was confused and shocked, and her heart dropped, and it was in that moment she knew that this was racism. She didn’t understand why, but she knew. She’s always felt that she has to work harder and that she has to prove herself because of her nationality, and it’s something she admits she struggles with.

And we mean that they really do love her. She’s talented, gorgeous, she’s well-spoken and funny and articulate, and she seems like the kind of person who would make a great friend. It’s hard not to love that about her, and we hope she keeps bringing that kind of stuff to the table every single day even when she’s not feeling it – because it’s always inspiring someone to be better.