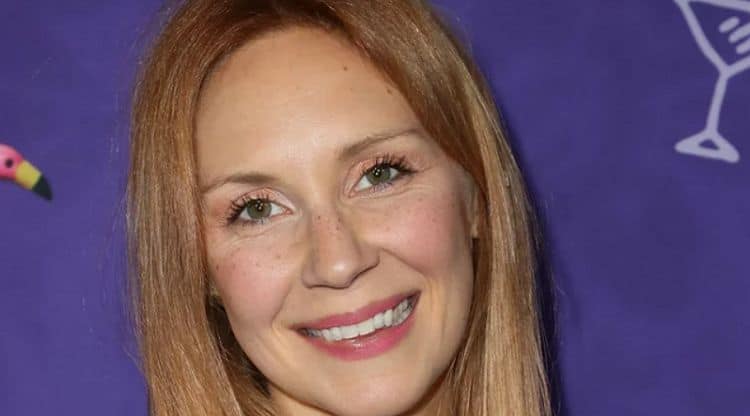 Beth Hoyt has been in the entertainment industry for more than 15 years. During that time, she has built a very successful career but that hasn’t come without its challenges. However, regardless of the obstacles she’s faced, Beth has managed to survive in an industry where so few people actually build long-lasting careers. In addition to her work as an actress, Beth is also a successful comedian. Her ability to make people laugh and keep them entertained is unmatched, and she loves being able to share her talent with her fans. Although it doesn’t appear that she has any projects in the works at the moment, we feel confident we’ll be seeing a lot more from her in the future. Keep reading to learn 10 things you didn’t know about Beth Hoyt.

1. She Is From Wisconsin

Beth Hoyt was born and raised in Wisconsin. Her hometown, Manitowoc County, was made famous in the Netflix docuseries Making a Murderer. After leaving Wisconsin, Beth moved to New York City where she lived for 10 years before relocating to Los Angeles. She now primarily lives in Texas.

Beth has spent most of her career on stages and in front of cameras, but performing isn’t the only aspect of entertainment that she’s drawn to. She has also stepped behind the scenes. In 2015, she made her debut as a writer and director with a TV series called The Key of Awesome.

On top of all of the other things Beth does, she is also a YouTuber. Her YouTube channel, BethInShow, features a variety of content including skits and updates. Her channel has nearly 30,000 subscribers and her videos have gotten more than 5 million views.

There are lots of people who say you can’t have it all, but I think we can all agree that Beth Hoyt has gotten pretty close. On top of having a very successful career, she has also gotten to experience great things in her personal life. She is a devoted mother and spending time with her son is her favorite thing to do.

5. She Loves Being out in Nature

Beth is very thankful to make a living doing something she loves. However, just like everyone else she needs a break from time to time. When she isn’t busy working, she really enjoys spending time outdoors. She loves doing things like going hiking and relaxing by the water.

6. Live Performances Are Her Favorite

Over the course of her career, Beth has gotten to be part of a wide variety of projects. However, there’s nothing she loves more than performing in front of an audience. Unfortunately, however, live performances were put on hold for quite some time due to the COVID-19 pandemic.

There’s always something a little special about finding out that someone loves animals. That being said, all of the dog lovers out there will be happy to know that Beth is on their team. In addition to having a son, Beth is also a pet parent to her pup Elmo Saint-John. If you were wondering the answer is yes – he does have his own Instagram profile.

8. She Is Passionate About Human Rights

Beth may be all about making people laugh, but there are also some things she is very serious about. Among those things is human rights. She has used her platform to raise awareness to issues such as police brutality and racism. She also isn’t afraid to get a little political.

9. She Is A Formally Trained Actress

Since Beth has spent a lot of her time playing comedic roles, there are lots of people who probably don’t think that she has a serious background in acting. However, that couldn’t be any further from the truth. During an interview with Brightest Young Things, Beth said, “I was a theater major at University of Michigan, so I totally thought I was going to be a serious actress, Shakespeare and all that. [Laughs] And then I came to New York, and I realized that I always tended to slant comedically, so I did some theater, and mostly I always played a comic role.”

10. She Used to Work in the Service Industry

Like lots of performers, Beth had to work some odd jobs before her career really started to take off. When Beth first moved to New York City, she worked in bottle service. According to the bio on her website, she has some pretty good stories about that time in her life.