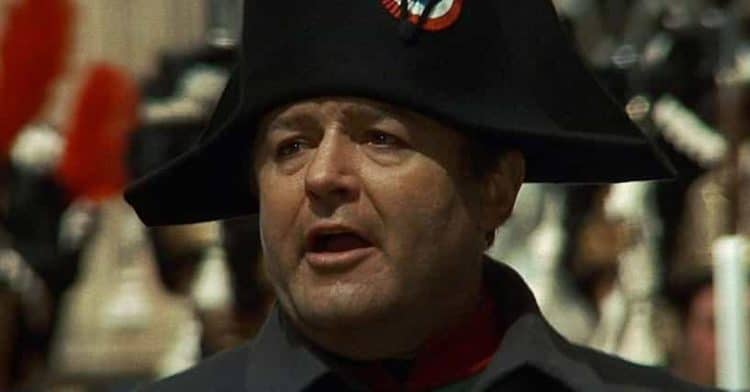 Since the inception of the entertainment industry, war has always made for an interesting subject matter. Over the years, there have been countless films that depict the brutality of war. Although every major war has found its way to Hollywood, there’s something special about films set during the Napoleonic Wars. This name applies to a series of conflicts that involving France, led by Napoleon I, and other areas of Europe. Although it’s been more than 200 years since the Napoleonic Wars, many of these movies have proven to have a timeless quality that allows them to continue to be popular today. Keep reading to see the 10 best Napoleonic War movies of all time.

10. A Girl Against Napoleon

Also known as The Devil Made a Woman, A Girl Against Napoleon is a Spanish movie that was released in 1959. The movie is just as much a movie about love as it is about war. The film centers around a young woman named Carmen who falls in love with two men at the same time. During the war, the men end up fighting on opposite sides.

As a Portuguese film, Lines of Wellington never received widespread attention in the United States. However, it definitely deserved it. The movie was released in 2012 and it highlights the impact that war can have on all parties involved and the civilian population. Lines of Wellington was submitted for consideration at the 2014 Academy Awards, however, it didn’t receive a nomination.

Set in 1808, Bruc, The Manhunt follows the Napoleonic Army as it loses a battle to a lone drummer boy who uses the sound of his drum to create an echo that sends the troops into a fury. When Napoleon finds out about the defeat, he orders his troops to find the boy, behead him, and return the head.

The 1869 book War and Peace has been adapted into several films over the years. The story takes place during the Napoleonic era and it centers around three characters. Much like A Girl Against Napoleon, a love triangle is at the center of War and Peace. Several themes such as family and suffering are at the heart of the story.

Named for the Battle of Austerlitz that took place in the winter of 1805, this movie covers Napoleon’s coronation as well as the battle itself. The movie, which was released in 1960, is a French production that was eventually dubbed in English. The French version of the movie contains scenes that were not included in the dub.

Napoleon is technically a miniseries, but it deserves a spot on this list nonetheless. Released in two parts in 2002, Napoleon follows Napoleon I’s rise through the ranks of the French army. The project was masterfully done and had great visuals in addition to a captivating story. The mini-series was nominated for seven Primetime Emmy Awards and it won one for Outstanding Costumes for a Miniseries, Movie or a Special.

4. The Count of Monte Cristo

Based on the 1844 novel of the same name, the 2002 movie The Count of Monte Cristo is a truly classic tale. Unlike many of the other movies on this list, war isn’t the focal point of the story. Instead, the war — and Napoleon himself — provide the backdrop to what’s going on in the lives of the main characters. Instead, the story focuses on a character named Edmond Dantès (played by Jim Caviezel in the movie) who is framed for a crime he didn’t commit by a jealous friend.

The Duellists debuted at the Cannes Film Festival in 1977, and it won an award for Best Debut Film. The film focuses on two military men who engage in a duel after a misunderstanding leaves each of them feeling disrespected. The situation then turns into an ongoing feud that lasts more than a decade.

Named after the famous Battle of Waterloo, this movie offers a glimpse into a special piece of history. In the film, Napoleon finds himself on the brink of seeing his empire decline, and he’s ready to go head to head with the British army to protect everything he’s fought for. Even though the film is fictional, it was inspired by true events.

1. Master and Commander: The Far Side of The World

Master and Commander: The Far Side of The World is arguably the most widely known movie about the Napoleonic Wars. Starring Russell Crowe as a British military captain who is willing to do whatever it takes to track down a powerful French ship in South America.