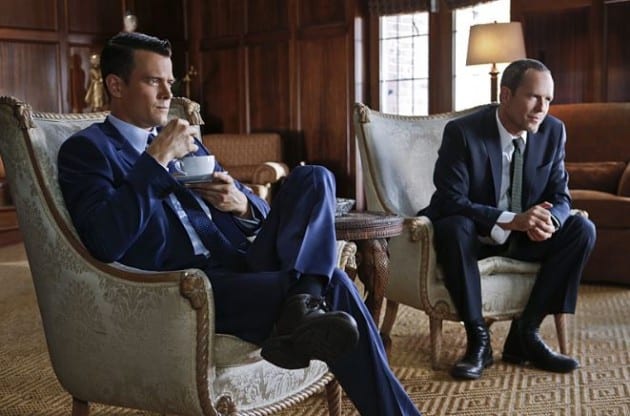 Battle Creek, like any other show, must take time to find its stride. No show can start off and just be “great” from the beginning. There must be time and effort put into both its characters and its story to really make it worth the time of viewers. This episode proved that the Battle Creek team is working very hard on their show.

This week on Battle Creek: Russ works to find out more about Milt’s past. Russ, Milt, and the BCPD work a homicide case involving a local mogul and a woman who is believed to be his mistress. Holly never leaves for lunch, but has been leaving for the last few days, so Russ tries to figure out why.

A lot of good things happened in this week’s episode. The relationship between Russ and Milt deepened. We learned a little bit more about Milt as a character, even if it just means that we now know he’s a great liar. The case was a compelling one, and it hooked you without feeling too contrived. All of these elements contributed to a solid episode this week.

I think that Battle Creek could make better use of its supporting cast. Kal Penn and Grapevine, especially, get so little to do, but they have so much potential. When Font (Penn) was central to the plot a couple of weeks ago, he was the best part of the episode. There is so much potential for the comedic aspect of the show when it makes the best use of its supporting players. It was good to see Penn and Grapevine in the episode, but I definitely would like to see more.

I really love the Russ and Holly relationship. They have a will-they-won’t-they vibe that’s akin (slightly, but not on the same level) to Jim and Pam. At least, they could reach Jim and Pam levels one day if the show continues to build their relationship. Russ is cynical about everything that happens, but he very much cares for Holly. He knows her well, and he knows that he will have to keep her from leaving them.

The best part of this show continues to be the relationship between Russ and Milt. Russ found out why Milt got transferred, but he wanted to know more this week. Milt offered him a fair trade, openness for openness, but Russ tried to lie to get Milt to open up to him. Eventually, Russ did open up, but Milt was yanking him around. Dean Winters and Josh Duhamel have clear chemistry, and it’s one of the more exciting elements to this show. It was the greatest reveal when Holly was able to help Russ find out that Milt lied about 9/11. I chuckled.

Ultimately, there is a lot to like about Battle Creek. It’s smart, it has good characters with strong, compelling relationships, and it has a great cast worthy of carrying a show. They might try too hard to make you laugh, or not use their strong supporting players enough, but ultimately, they’ve got a good product here. If they can fine tune it, the series could become a force to be reckoned with.

What did you think? Did you enjoy this week’s episode? Let us know!