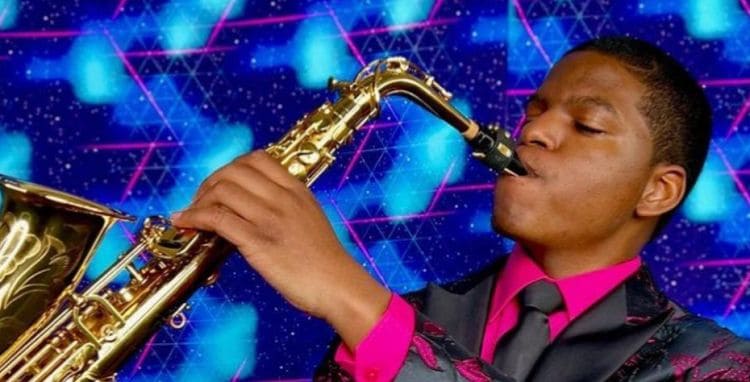 You may not know the name Avery Dixon, but you will. He’s a young man who is working hard to win season 17 of America’s Got Talent, and he’s already blown the judges away. Will he blow you away, too with his musical talents? We think he will. Here’s what you should know.

He’s on the newest season of America’s Got Talent, and he’s got some serious talent. This is a kid who has things to offer, and he has already wowed the judges and shown them that he has what it takes to be the final talent standing.

His talent is music. He plays the saxophone, which is such a skill. It’s nothing that is easy, but he’s good. It’s got a long history as being one of the most beautiful instruments, and he can play it like he was born in a decade long since over. He’s a true talent.

Growing up, he was bullied. Kids made fun of him because as a premature baby, he lived with knots on his head. Kids were mean to him, and they made fun of him for his voice as well. He dealt with this from a very early age, and that is what made him pick up the sax and learn to play.

Avery was born in 2000, which means he is a baby of the new millennium. He’s in his very early 20s, but he knows that he has a bright future ahead of himself as a musician. There’s a lot he can do with a saxophone, and it’s something that brings him a lot of joy and a lot of inner peace.

We mentioned this already, but he was a child born very early. He was only one pound and a few ounces at birth. His vocal cords did not have a chance to close completely. His head was not shaped correctly. He had a lot of health issues. While other kids were making fun of him growing up for things that he cannot help, they failed to realize that the simple fact this young man is even alive to be bullied is a sheer miracle. Kids born that prematurely don’t often survive, and he is a miracle.

Parents – talk to your kids. Don’t raise bullies. If you know your child is being mean to another child, put a stop to it. You are no better than they are if you allow this behavior to continue, if you decide you’d rather be in denial about your child’s actions. It’s far better to put a stop to it now than to find out your child is the reason another child took their own life and make your own child and yourself live with that forever. The bullying this young man felt was so bad that he thought of taking his own life to make it stop. It’s not his job to make it stop. It is your job as a parent not to raise kids who treat others with disrespect. Bullies are made.

7. Music Runs in the Family

Something that might be of interest to his new fans is that music runs in the family. His great-grandfather, whose name was Maxwell Davis, was also a man who played the sax. It’s a talent that runs deep with his family.

8. He is Close to His Family

It would appear that he is quite close to his mother and his brother. They are people he speaks of regularly, and they seem to be the most important to him. We have yet to hear him mention a father, however, so we are going to assume he is not in the picture.

During quarantine that was caused by the COVID-19 scare of 2020, he was a young man who made the news. He could not visit his grandmothers in person, so he stood outside their windows and he played for them. It was a story picked up by the news, and everyone was in love with it. His grandmothers are both so blessed to have him.

There are few things that he values as much as his music, but his privacy and his family are right there. He loves to be as open with his family and friends as possible, but he is also not a young man who wants to share too much of his personal life with the world. He maintains his privacy well.

Whatever Happened to Christa Miller?

Carrie vs. Charlie McGee: Who Wins?