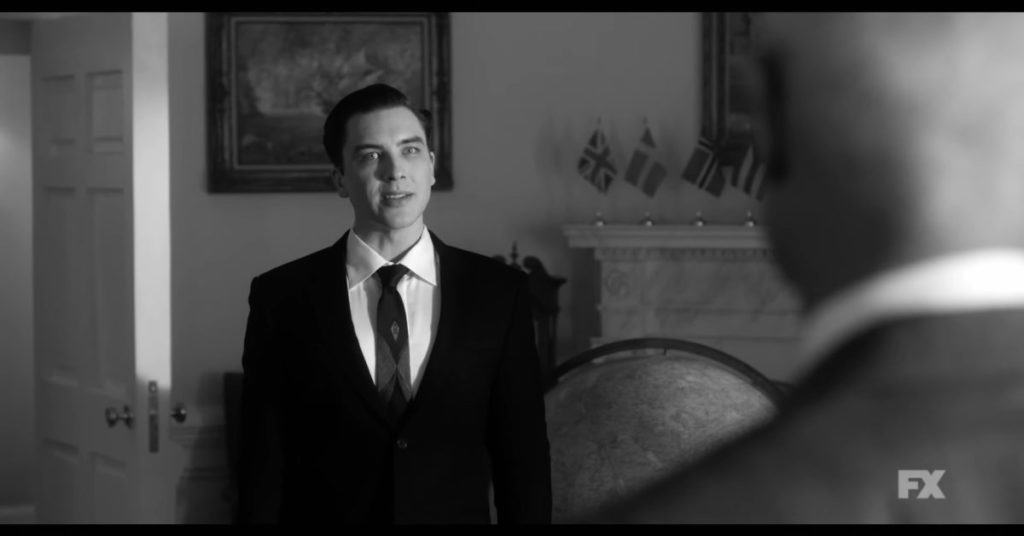 One would almost think that conspiracy theorists were bound to have a field day with this episode given everything that managed to be revealed in such a short time. Keeping in mind that it’s still entertainment and that AHS has become one of the more impressive shows around, get ready for a few spoilers if you haven’t watched the episode already. Getting rid of the aliens obviously hasn’t been in the cards at this point, but allowing them to abduct a certain number of American citizens every year to experiment on them is something that most people might be horrified by, especially since Eisenhower made it official by putting his signature to agreement that had been written up. If that wasn’t bad enough, the aliens have sent a liaison, an automaton by the name of Valiant Thor, that is there to keep an eye on things and also present humanity with the promise of new technology that will be delivered once the people are ready. Oh yes, it keeps getting worse and worse, especially when one night, after hearing screams and other strange sounds coming through the vents, the president follows the sounds to a hidden bunker far beneath the White House that even he didn’t know about. Once he finds that the aliens are keeping the strange hybrid human/aliens that have been born and then kept in large jars, it becomes apparent that his decision to agree to work with the aliens was the wrong one. Of course, the alternative might have been a bit worse, maybe.

Things keep progressing as Nixon makes it clear that he’s a power-hungry monster that will do anything to keep the secret, while Marilyn Monroe is silenced after spouting off what she knows thanks to President Kennedy, who’s conversation with Nixon over the phone turns a bit ominous when it becomes obvious that Nixon knows all about Marilyn’s ‘suicide’ and is confident enough to subtly warn Kennedy of what can happen should the information about what he knows be leaked any further. In the meantime, Ike’s home life is becoming anything but stable when he catches Mamie and Valiant Thor in bed together and suffers a blackout as he falls to the floor. The fact that Mamie confirms that what he saw was real and isn’t about to apologize for it was a bit jarring, but after stating that she said nothing about Ike’s infidelity, one can’t feel too sorry for the president.

The time jumps in this half of the season are bound to become a bit confusing to some considering that they go forward and then back and then forward again only to finally make their way to the present day where the four impregnated friends currently reside in the unknown site along with so many others. The fear that fills Troy’s voice is easy to understand since being a man, the only real option to give birth would be a C-section, which is exactly what happens as the alien hybrid that spoke to him in the previous episode manages to affect his mind so that he feels no pain, but is still fully conscious. What’s amusing is Troy’s transition from fear and pain to a sudden bonding with the child inside of him as the nurses delivering the baby pull forth a sac that holds a squirming child in it. To be fair, it is horrific to see a child being slaughtered no matter if it’s fiction, but it does have a profound effect on the character as Troy feels the connection to his child being broken and suffers the mental ramifications as he’s returned to his friends.

Cal, who is coming close to giving birth, claims that he was attempting to hide the signs so that he could share the moment with Troy, but after speaking to Calico, who tells the quartet of how she was brought to this place and what their purpose is now, Troy is adamant that he and Cal won’t lose out on the chance to have their own family. So, after finding their way back to the moon room, where Calico reveals that Stanley Kubrick did in fact film the moon landing, Troy attempts to cut Cal open and deliver their baby. To his credit he does succeed, but if anyone didn’t see this coming then they’re blind since the moment the kid is cut free of the sack, revealing octopus-like tentacles where there should be legs, it attacks Cal, wrapping its lower half around his head as the credits begin to roll. That’s a great way to lead into next week, right?

The fact that the aliens are attempting to breed a new type of being that combines the DNA of humans and aliens is creepy enough. But the obvious failures that are occurring due to the fact that both sets of DNA are apparently warring with one another to create beings that are obvious hybrids is definitely hindering progress. It’s easy enough to see that the aliens aren’t quite satisfied with each birth, since the reveal of many upon many specimens kept in jars indicates that they’re still studying, still trying to find out what is missing. But trying to think of what might happen if they succeed, now that’s scary. 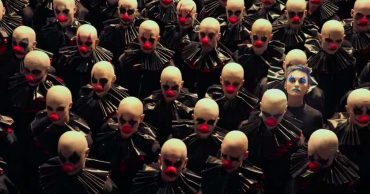 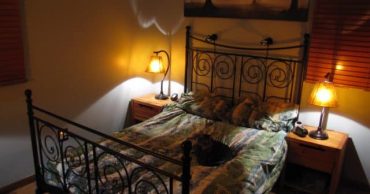 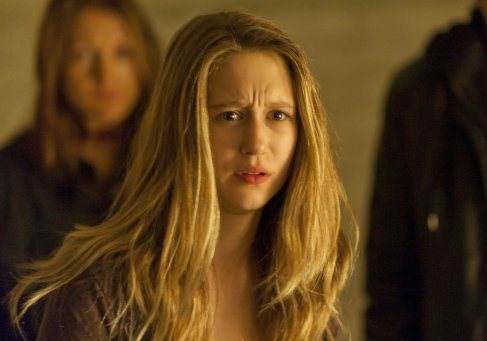 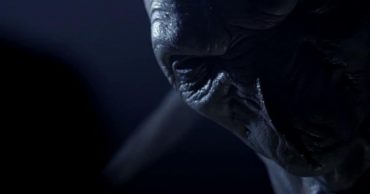 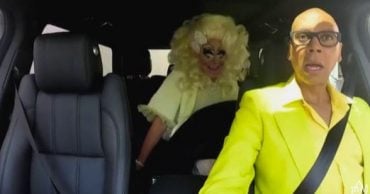