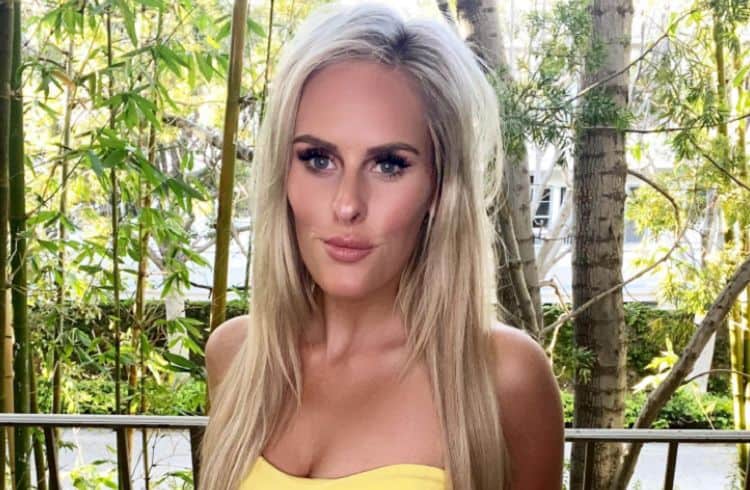 When Alexis Maloney first began dating her boyfriend, Hunter, a few years ago, she didn’t know their relationship would take them to reality television. They are one of six couples to appear on the Netflix show, “The Ultimatum,” and they are one of the happy endings. This couple wasn’t ready to get married per her boyfriend, but she stuck it out. She told him they were getting married, he wasn’t sure, and it only took him two weeks of seeing what his life without her would look like to finally get down on one knee and propose. Now that the show has aired and it’s been a year since this all went down, fans want to know where she is, what she’s doing, and how things are going in her relationship. Here’s what you need to know.

1. She Issued the Ultimatum

She is the one who told her boyfriend they were going on this show. She wanted to get married, and her boyfriend, Hunter Parr, was not. He was not in a place where he felt he wanted to take that next step, so he said no. She said that if he didn’t propose, she was done.

2. She is Big on Financial Security

Her financial security is important to her, and she makes that quite clear. She works in sales, and she makes it very clear that she has some expectations for her own life and the way things are going. She wants to live a certain way, and she knows that her finances are the most important thing to her.

3. She is Living a Good Life

She has expectations. She lives a very specific lifestyle, and she is not ready to give that up. In fact, she makes it very clear that she feels firm about this. She’s used to nice things in life, and she is not going to make any apologies for that. She shouldn’t, either.

4. She is an Influencer

When she’s not in sales, she’s influencing. She’s an Instagram influencer with her own LTK shop where you can shop her clothing, her links, and anything else she shares online. She’s got a good thing going for her with this business. It’s clear she is doing well with it, too.

5. She is a Traveler

Something else she likes to do in her free time is travel. She shares her photos on her social media accounts. She is all over the place when she has a chance, and she’s not giving that up, either. She makes it very clear to anyone who listens that travel is important to her and that she is going to continue to live the jet setter life.

6. She Quit the Show

She did not go on to live with anyone else. She didn’t want to, and she made that clear. However, her boyfriend also made it clear he wasn’t living with another person, either. This couple chose to get engaged after the first two weeks. They left the show engaged.

7. She is Dealing with Some Ugly Things

Sadly, she’s dealing with some ugly things right now. The show has been unkind to her as its aired, and many people on the internet are trying to convince the world she is a man dressed as a woman living a transgender lifestyle. It’s not a kind rumor for anyone to deal with, and we hope she’s not listening to these people.

8. She is College Educated

She’s a graduate of Southern Methodist University. She has a degree, and she puts that degree to good use. We did mention she is big into her finances, but did we mention that she’s been using her degree to keep her up on that? She’s got a degree in economics, and that’s because it’s clearly important to her.

9. She is Getting Married

She is happily engaged to her fiancé. He was her boyfriend, but they learned quickly on this show that they needed to be together. He was ready when he realized he did not want to be with anyone else. He asked, she said yes, and they are getting married in California this summer.