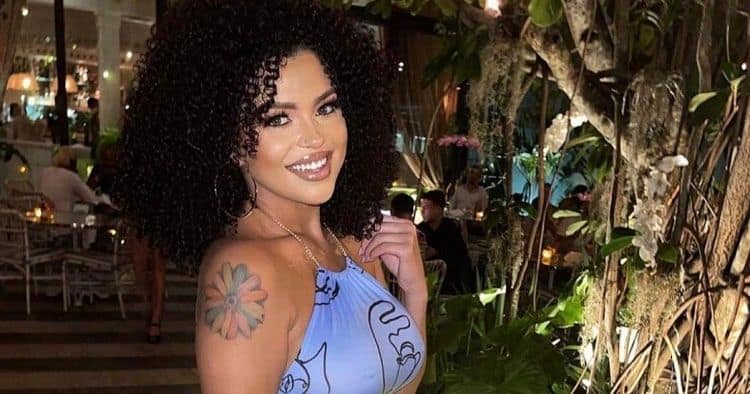 It’s been a lifetime since “Jersey Shore,” first became a show on MTV that the world fell in love with. We all fondly remember gym, tan, laundry, and we all know the characters. We still cannot believe they grew up, got married, had babies, and are all so much older now – like we didn’t age a day, right? – but it’s been interesting to see both Pauly D and Vinny look for love on their own reality show called “Double Shot at Love,” and it hasn’t worked out yet for Vinny. Pauly D found his own shot at love worked in his favor, and Vinny is back for a third season with a whole new set of women, and he’s hoping to find one to spend his life with. Akielia Rucker is one of those women he might look for love with, but we want to know more about her.

1. She is a Double Threat

Not only is she an accomplished model, but she is also a nurse. She went to school to get her nursing degree, and she’s using it. She takes on the job of travel nurse, which is one that is both fulfilling but also time-consuming and sometimes overwhelming. She appears to handle the demands of her important job with class and grace, however.

2. She is a Former Reality Star

If you think she seems familiar, it’s because she is. She’s not a first-time television star with this competition. She was also on the show “Wild N’ Out” during two seasons. You can find her in the 15th and 16th seasons of the show.

3. She is A College Athlete

Did we say she’s a double threat? She’s more than that. She’s a triple threat through and through. She is not only a nurse and a model, she’s a former college athlete. She was part of the basketball team when she was in her first year of college. She played while she was there, she loves the sport, and she’s more than a little good on a court.

4. She’s All About Family First

She’s exceptionally close to her mother. Her mother is the woman who inspired her to do all the things she did in life, and she could not be more proud to be her daughter. Her mother told her that she would be a star one day, and she’s just living her life trying to make sure she proves her mother right about all of that.

5. She is a Missouri Girl

She was born and raised in Moberly, Missouri. If you’ve never heard of it, it’s all right. Most people never hear of small towns and cities in other states unless they’re accustomed to driving through or they live nearby. We know she’s from that area, but we don’t know much else about it.

From what we can see of her former life online, she’s a former Webster University student. This is where she played basketball in college. She was number 43, and she was a guard on the women’s team. We can’t find out much else about her college life, but that’s still impressive. You have to be more than a little good to make a college team.

8. She Was in A Terrible Accident

Her dreams of playing basketball throughout her college career were dashed following her freshman year. She athlete was involved in a car accident that caused her to end up in the hospital. She had serious injuries as a result, and her basketball career was over.

9. She’s Not Into Partying

She’s busy, you guys. She’s got a life, a career, and a lot of things going on that take up most of her time, and she’s not into going out and clubbing. This is one thing we get completely, so we feel that this puts her further into the running to win the heart of Vinny because he is not into that, either.

While she does share much of her life online, she doesn’t share too much. She’s into sharing her work and her modeling, the things she’s doing in terms of her work and modeling, and that’s about it. She doesn’t given too much away, and her followers are always hoping she starts to share a little more.