Home
Movies
Movie Lists
10 Great ‘Out in the Woods’ Movies 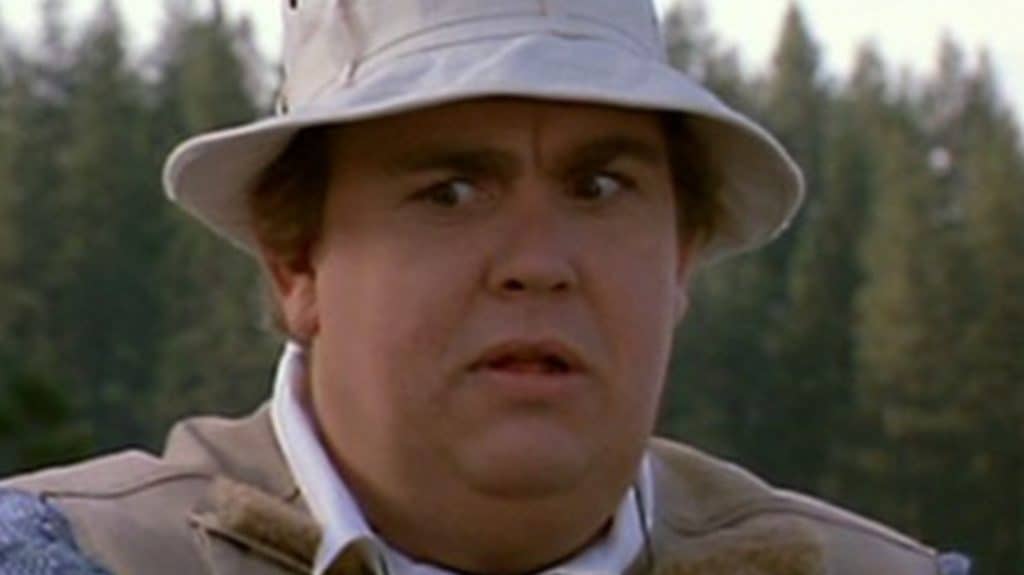 Plenty of movies make their way into the woods one way or another, but there are some that are stuck in the woods for a good deal of the movie if not the whole thing, and the setting kind of makes the movie what it is. It doesn’t matter if it’s all comedy, horror, or drama, or a mix of a few different elements since the point is that being out in the woods can be a positive or harrowing experience for people, especially those that are used to the city and don’t venture out of suburbia that often. One great thing about being out in the woods when it comes to the movies is that it’s usually easier to get a few candid moments that might not have been scripted, though of course, most Hollywood sets will do whatever it takes to make sure that as many variables as possible are controlled.  Here are ten of the best ‘out in the woods’ movies.

This movie leans pretty hard into the typical stereotypes of a horror movie since the whole point is that each one of the individuals that serve as the main characters need to be sacrificed to keep the moldy old ancients from rising and destroying the world. Who knew the world depended on a bunch of individuals that are kind of like the Scooby-Doo team, minus the dog of course.

It’s one thing to know the woods that surround your home, it’s another entirely to be traipsing through them to find a skilled and experienced killing machine that was trained to ignore the same types of things that will hinder the average individual. Seriously, all the guy wanted was a cup of coffee and something to eat, but in the book, he at least got something to eat.

This is one of the prime examples of what can happen when a couple moving from the city to the country finds out that life in the outdoors, even with a nice luxury house, can be a little unpredictable. If not for the crazed mailman and the locals that really don’t like them it might have been an easy transition.

“Where you goin’ city boy?” should be the kind of line that would get anyone to think twice about venturing further into the woods, even if a person does feel confident that they can get in and out in due time. While this movie doesn’t paint hillbillies in the best light, it definitely shows what can happen in a worst-case scenario, kind of. Okay, so it’s all a stereotype, but there are plenty of backwoods characters that don’t like city folk, believe that.

Again, individuals from the city heading off into the woods to do something that was inspired by the idea of friendship and adventure is all well and good, but knowing a little about the woods wouldn’t hurt. For instance, when a bear comes into your space, don’t run. Also, if you encounter two backwoods hicks with itchy trigger fingers and a secret pot farm, well, you might be out of luck.

Movies about summer camp are usually anywhere from accurate to so far out of bounds that one can’t help but laugh or just turn the movie off since the antics that a lot of movies get up to are hilarious but ridiculous. Meatballs is one of those that a lot of people might not remember that well, if only because it did continue a trend that just kept going.

Sometimes summer camp movies aren’t meant to be uplifting or funny, but over the years this one has become amusing all the same since after so much time has passed, a lot of horror movies appear kind of campy, no pun intended. But the movie is still due plenty of respect since it’s the one that kicked everything off.

A lot of people don’t appear to think that this movie is worth much, but the truth is that it’s actually a little more impressive than the others simply due to the fact that there are multiple warriors that have been selected, and there are three predators on their trail, with dogs no less. Plus, they’re no longer on their own world, so they’re at a serious disadvantage, which makes the stakes a lot higher.

This is one of the absolute best ‘out in the woods’ movies ever made, and if you disagree I WILL FIGHT YOU…okay, I’m kidding, but I still stand beside the words since the combination of John Candy and Dan Aykroyd is nothing short of comedic genius, and the supporting actors all do a great job of bringing this one home in the funniest way possible. “Big bear chase me!”, still one of the best lines, EVER.

What’s your favorite place to be, in the city, or out in the woods? An internet connection, four walls and a roof, and I’d be forest-bound.