Home
Television
Young and The Restless
Young and the Restless Spoilers: Can Abby Handle the Price of Her New Position? 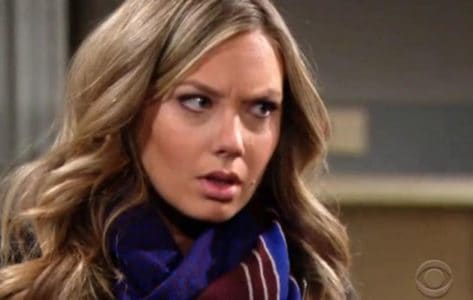 Young and the Restless fans know that Victor recently appointed Abby as the new CEO of the family business, and they want to know if she’s ready to take on a role like this. She admires her father so much, and she’s so happy to have been given the role — but at what cost to her will this role become? The siblings might not be too happy that they are not the ones appointed to the role of CEO, and it might make things a little bit ugly. Victoria, for instance, wanted the role for herself. Will she and Abby fight over it?

And what will happen if Victor has to leave the city? We believe that he will, too. There is too much drama in his house — literally and figuratively — and getting out of the spotlight is something they must do when the chance is given to them. We don’t know yet what might happen to Abby, we have a feeling that this is a role that she’s been dreaming of most of her life and it might cost her more than she could ever imagine.

What happens when your dreams come true, but they don’t seem as pretty in real life as they do when you’re imagining them? She’s wanted to be CEO of her father’s business, and now she is. But is it worth it to her to ruin her relationship with her siblings, and her mother, and her nieces and nephews? Will they turn on her once they all have time to process that she happily accepted this role within the company knowing that her father killed her brother and then fled? Will handling all the ugly business her father drummed up over the years turn her into a new person? Can she handle it, or is this a role that would have better been filled by one of her siblings? Is the role of CEO too much for her to bear?