Home
Television
Young and The Restless
Young and the Restless: Sharon Has Information for Phyllis 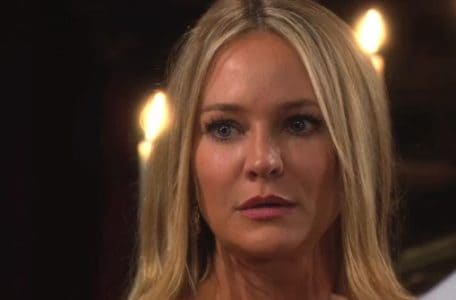 Young and the Restless fans get to see Sharon and Phyllis work together. We already know that Phyllis will do anything she can to take down Chelsea and what she perceives that she is doing to everyone, and now we suspect that Phyllis is about to get an unlikely ally in Sharon. You see, Sharon knows more than she is letting on because Nick keeps coming to her with all of it. He keeps coming to her and making sure that she is aware of what is happening and how things are going and all that Chelsea keeps saying to him to use things as an example and to make sure that things aren’t going as well they might.

And there is nothing they can do about any of that, but we do think there is a good chance that things might just work out for everyone in the end when Phyllis exposes all of this. For now, we just get to see Sharon tell Phyllis she has something to tell her — and we can only imagine what that might be. She’s got a lot of nerve to do this to Nick, and he might not like it.

He might not like feeling that the things he is telling Sharon aren’t being kept a secret, but he might also remember that there is not much that’s going on in his own life that leaves things to that kind of area. He might not care much that this is happening.