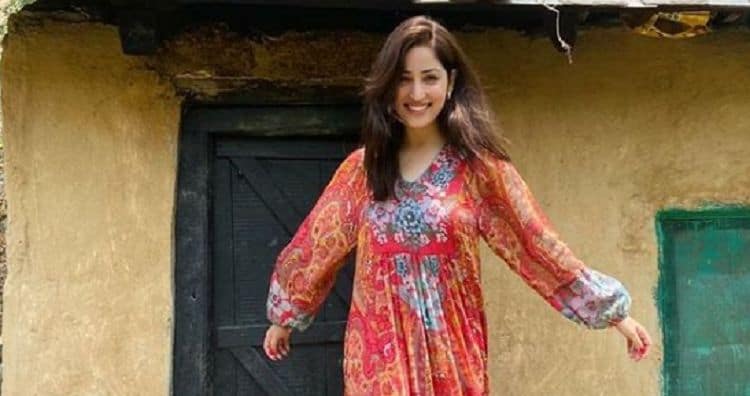 Yami Gautam is a woman who has been in the press for a long time. As an actress, she has been working publicly since 2008, and she is no stranger to seeing her name in headlines. However, the actress probably isn’t too happy right now to see her name in headlines after news broke that she’s suspected of money laundering and the authorities want to speak to her about her alleged involvement. With her name in the news right now, fans and those who haven’t heard of her work are wondering who she is and what she’s like. We have that for you right now.

1. She is from India

Yami Gautam was born and raised in India. She’s from a place called Bilaspur, Himachal Pradesh, India. She was raised closely alongside her sister and her family. Her mother and father made a home for them, taught them everything they know, and they did what they could to make sure their children were well educated.

Yami Gautam has a perpetually youthful appearance that belies the fact that she was born in the last 1980s. She is currently 32, though she celebrates her birthday at the end of the year. She was born on November 28, 1988.

3. She Began Her Career in Commercials

Prior to becoming a star in the movies or on television, she got her start in commercials. She did a series of commercials at one point in her life that made her quite famous. She was able to use the fame and the recognition she gained from those and move on to bigger and better things. She was able to cement her role as a famed actress.

4. She Has a Famous Family

5. She Quit College for Acting

When she was in college, she was studying law and other things. However, she made the decision when she was only 20 to leave school and work on her career in acting. She knew she wanted to follow in the footsteps of the rest of her family, and this was her chance to show the world she’s ready to shine.

6. She Went Back to School

She quit school to pursue her career as an actress, but she went back. She went back to study acting on a part-time basis while also working as an actress, and she continued taking courses on a path to graduation. While we are not sure if she’s graduated yet, we imagine she either did or she is pretty close to it.

One thing she’s doing now in her career is endorsing brands. She’s a brand ambassador of sorts, and she is quite good at what she’s doing while she’s doing it. She’s been able to endorse major brands such as Chevrolet and Samsung, just to name a few. She also works closely with Revlon and other major brands.

She is a married woman, but most people don’t realize she got married in 2021. Her husband is Aditya Dhar. They wed on June 4, 2021, so they haven’t even been married a month yet. He is a writer and a lyricist. No one is sure how long they’ve been together or what their relationship is like.

9. She Is Financially Secure

Aside from her current legal issues, she is doing well for herself. She does have a current estimated net worth of around $5 million U.S. Dollars. She has worked long and hard for her money in the world of acting, and her net worth shows that she’s done a good job of that.

10. She Keeps to Herself

One thing she’s known for – and good at doing – is keeping to herself. You will not find Yami in the press discussing her personal life or anything of that nature. She is good about keeping things like that to herself, and she’s not afraid to focus on the things that are important to her – which are her career, her family, and her friends. She’s not sharing anything she does not want the world to know, and that is an admirable trait for someone so famous.