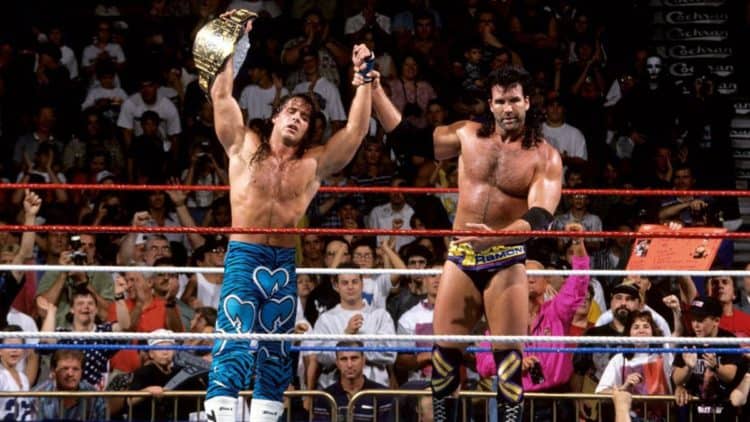 Summerslam is one of the biggest shows in the WWE calendar, only second to WrestleMania. As we gear up for the next Summerslam event, let’s take a look back at some previous events and talk about the good, the bad, and the ugly. While 1995 wasn’t a particularly great year for the WWE, there was still some memorable moments from this card.

Here is every Summerslam 1995 match ranked from worst to best. 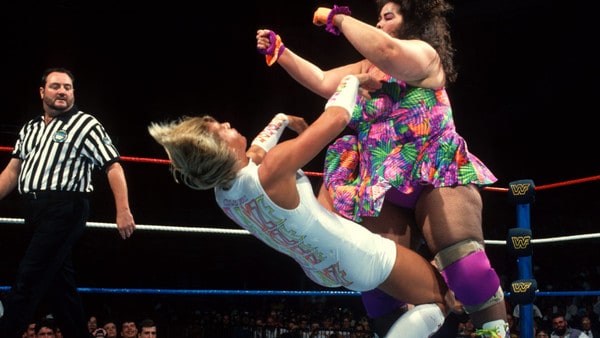 Both Blayze and Faye were two of the top women’s competitors in wrestling at the time. But, as would be the problem with women’s wrestling for many years to come, you can’t do much with only four minutes worth of time. So the match is very forgettable with nothing really to explain. Neither woman barely broke a sweat before the match was either. They deserved better, but Bertha Faye did become the Women’s Champion so that’s something.

8. The Smoking Gunns  vs The Blu Brothers (with Uncle Zebekiah) 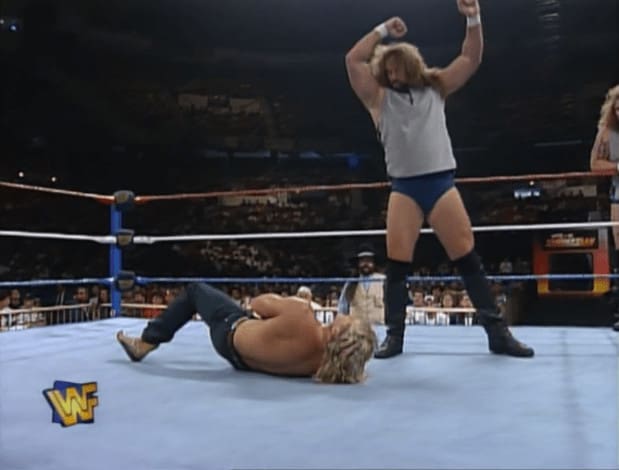 The Harris brothers were known as the Blu Brothers back in 1995 and they had a six-minute match with the Smoking Gunns at Summerslam 1995. The match itself was pretty good, although nothing groundbreaking, but with barely any time for the match, it was over before it began, not the only time that this has happened on this card. 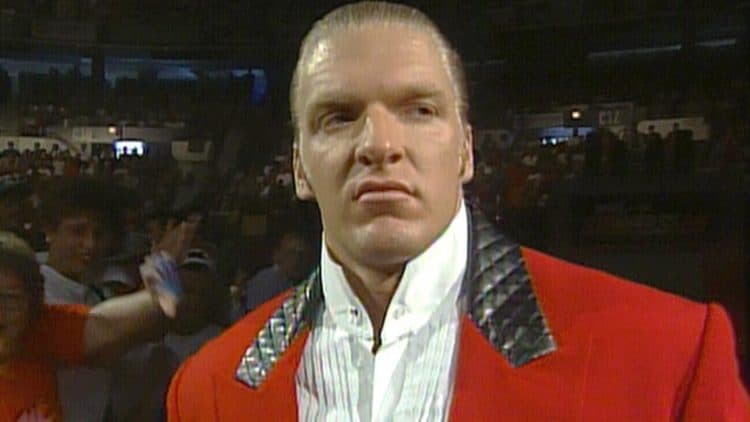 The future Triple H was still very new to the company by the time Summerslam 1995 rolled around, with Summerslam 1995 being his PPV debut. He faced Bob Holly in the second match on the card. Overall, it wasn’t a bad match, with both competitors being very competent, but with only seven minutes they didn’t get a chance to tell any meaningful story and it was instead just a throwaway match on the card. Both competitors would really come into their own in the coming years, but in 1995 they had yet to do anything meaningful in their time with the company.

6. Diesel vs King Mabel (with Sir Mo) – Singles match for the WWF Championship 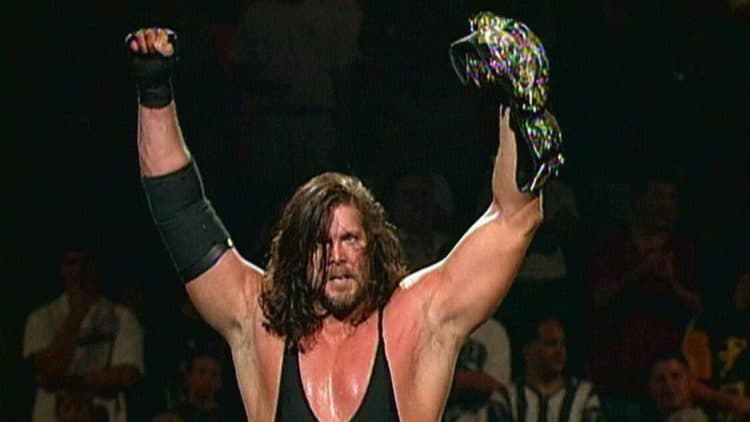 Overall, 1995 wasn’t a very good year for the WWE. Ratings were down across the board and the roster was in a strange state of limbo, especially with the rise of WCW and the beginning of the Monday Night Wars. This isn’t a knock on Diesel or Mabel as people and competitors, but Diesel vs Mabel isn’t a money drawing match at the second-largest event of the year. The match was very clunky due to Diesel being tall and Mabel being heavy, so both Superstars work slow. A very disappointing match overall. 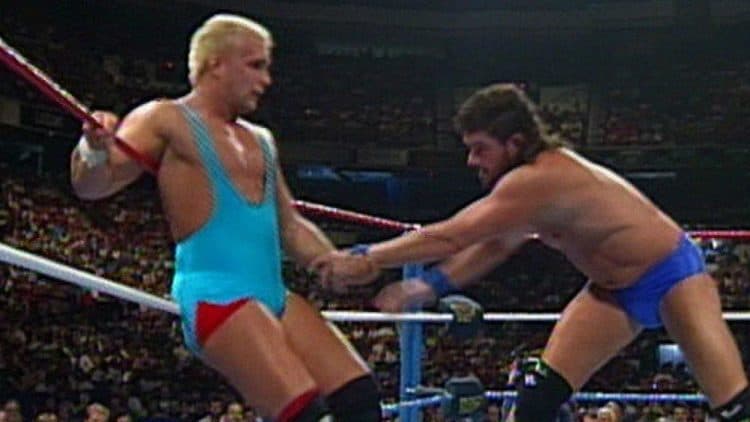 Barry Horowitz spent much of his tenure in the WWE as a “Jobber to the stars”, being used as a competitor for bigger stars to beat. Finally in 1995, he got a break thanks to a series of great matches with Chris Candido, known as Skip in the WWE. His July 9th win against Skip caused commentator Jim Ross to scream “Horowitz beat him!” into his microphone in a moment of sheer shock. The pair faced each other for a third televised match at Summerslam 1995, which Horowitz won. This marked his first PPV win, despite first appearing in the WWE in 1987. 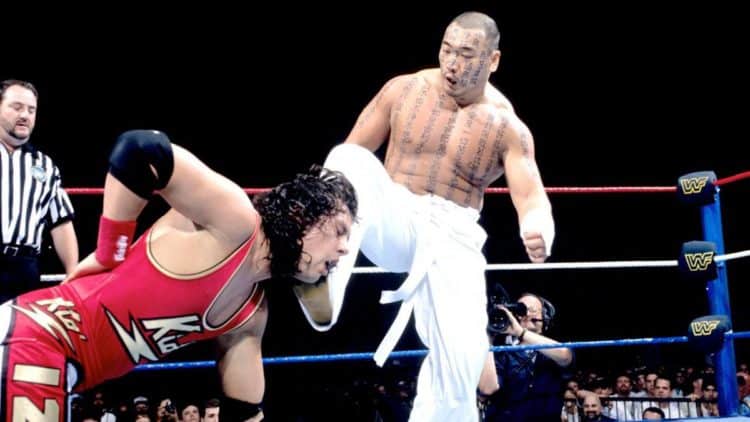 Like Dolph Ziggler today, The 1-2-3 Kid was used as the measuring stick in the mid-90s, with new Superstars usually being paired with him early on. The Japanese Hakushi was part of the WWF from 1994-1996, bringing a high-flying, but stiff, style to the company. The match itself was really good, with plenty of high spots and fast-paced action. Hakushi managed to score the win after countering Kid’s spinning crescent kick into the Nenbutsu Bomb to end the match. 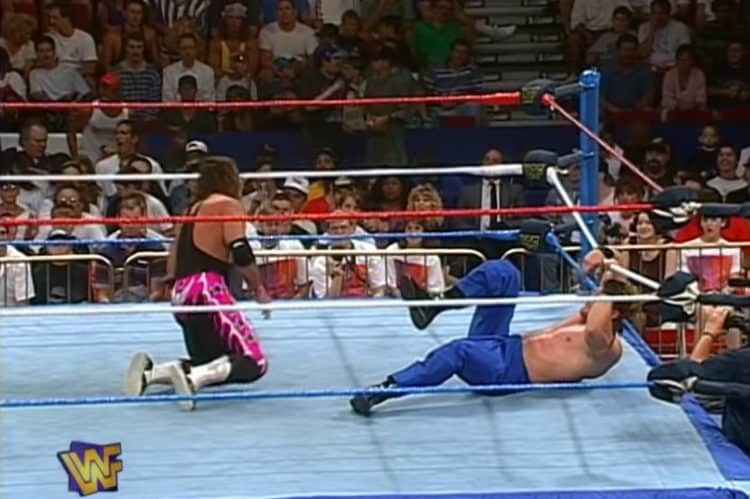 The future Kane was a wrestling dentist back in 1995, I’m so glad the WWE did away with the occupation gimmicks. He came into the WWE in a feud with Bret Hart, which resulted in a match between the two at Summerslam with the match being Yankem’s in-ring debut. As expected from Superstars of this calibre, it was a very well thought out match, with a great story being told and plenty of solid in-ring action. Bret Hart almost got himself disqualified after pulling Yankem’s legs between the ring post and then tying them together with a cord to prevent him from being able to fight back, an interesting spot.

2. The Undertaker (with Paul Bearer) vs Kama (with Ted DiBiase) – Casket match 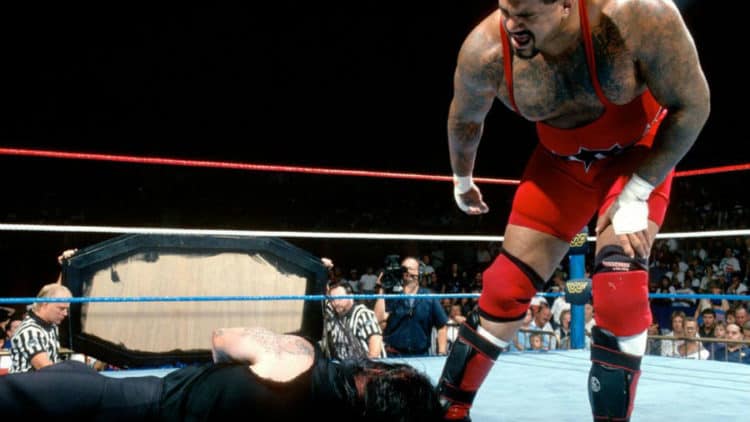 The Undertaker set out to get revenge on Kama for destroying his urn, by challenging him to a Casket match at Summerslam. The future Godfather would go toe to toe with The Undertaker, with both men having very hard-hitting styles. The chemistry between the real-life best friends was on display here, resulting in a fantastic match, which The Undertaker ultimately won after a Tombstone Piledriver allowed him to roll Kama into the Casket.

Shawn Michaels and Razor Ramon once again met in a Ladder match, a year and a half after their classic WrestleMania X encounter. While not quite as good as the first match, it was still a brilliant match with plenty of use of the ladder, as well as high spots from HBK. The highlight of the match was a Sweet Chin Music by Michaels while on the ladder, very creative. If you enjoyed their WrestleMania X match then this is one you should check out too.