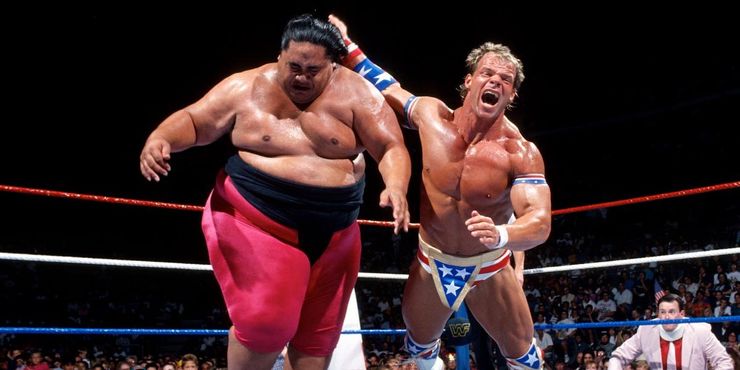 Summerslam has become the WWE’s second-largest show behind WrestleMania and often sees the hottest rivalries come to ahead. The PPV was still fairly new when Summerslam 1993 rolled around, having only been added to the calendar in 1988, but it was already shaping up to be a key event each year. Here is every Summerslam 1993 match ranked from worst to best.

10. The Undertaker (with Paul Bearer) vs Giant Gonzalez (with Harvey Wippleman) – Rest in Peace match 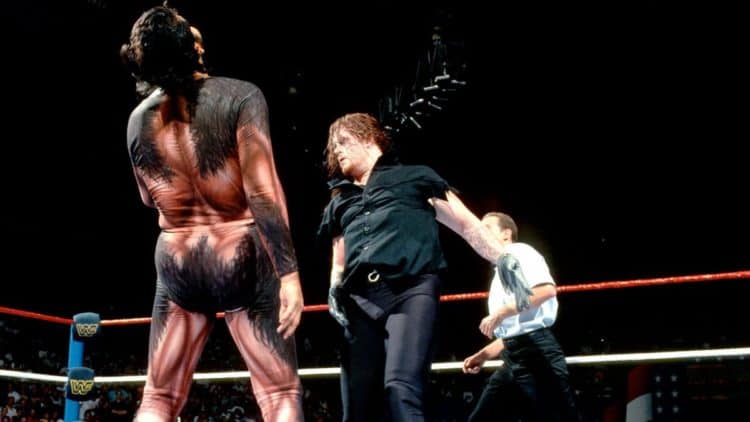 When the two met at WrestleMania IX six months prior it was one of the worst WrestleMania matches of all time, and certainly the worst of Undertaker’s career, so I have no idea why the WWE decided to book the pair together once again for Summerslam. Once again, the match wasn’t good at all, with The Undertaker winning with a flying clothesline because Gonzalez was too large to lift up. 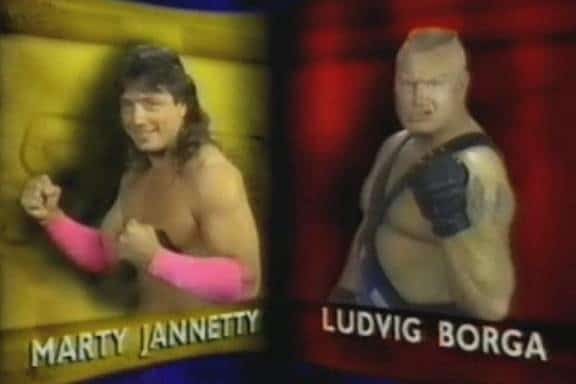 The WWE likes pet projects, usually incredibly muscly or tall wrestlers with very little wrestling ability, with the aim of pushing them to the moon because they look good, Ludvig Borga was exactly this. Borga was booked into a squash match with Marty Jannetty, with the aim being to quickly destroy one of WWE’s best workers at the time, which made no sense. The match was over very quickly with Borga using his strength to control the match and won the match by submission with a backbreaker. 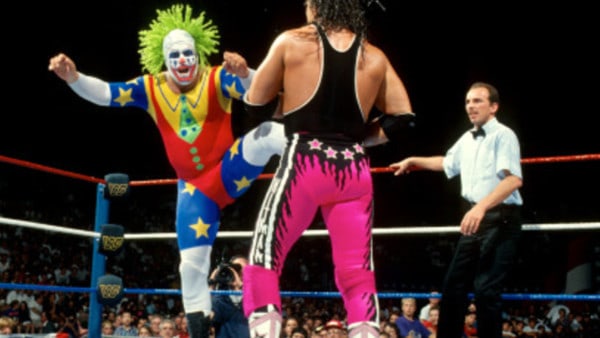 Bret Hart and Jerry Lawler entered into a feud following King Of The Ring 1993. At the start of the match, Lawler came to the ring on crutches claiming he was unable to compete. He announced that Doink the Clown would wrestle Hart in his place. There was an entertaining spot which saw Doink throw a bucket of water on Bret’s brother, Bruce Hart, prompting Bret to attack Doink outside of the ring. After Doink missed a Whoopie Cushion attempt, the Hitman locked in the Sharpshooter. He looked set to win the match before Lawler attacked Bret with a crutch, revealing that he was not injured, ending the match in disqualification. Lawler would then be forced to take on Bret which we will get to next. 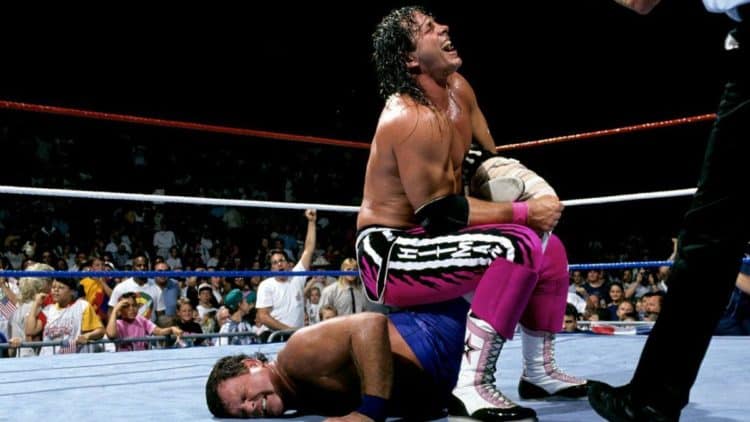 Following on from the match between Bret Hart and Doink the Clown, Lawler vs Bret wasn’t a very long match, with most of the match consisting of brawling. Lawler submitted to the Sharpshooter, but Bret refused to release him for three and a half minutes, resulting in a DQ win for Lawler.

The main event saw Yokozuna defend his WWF Championship against Lex Luger in a classic American hero vs foreign villain. Luger tried to bodyslam Yokozuna but was unable to due to Yokozuna’s weight. Later in the match, Luger was able to avoid a Banzai drop to gain the upper hand. Luger then bodyslammed Yokozuna, and he attacked Mr. Fuji when he tried to get involved. The match ended with Yokozuna being counted out, meaning he was able to retain his WWF Championship. 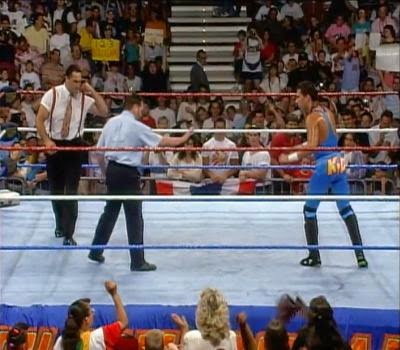 A fair short match between Irwin R. Schyster and 1-2-3 Kid, with IRS remaining in control for the majority of the match. Schyster used an abdominal stretch while using the ring ropes for leverage before the Kid made a brief comeback by hitting a moonsault. IRS won the match with a Write Off.

5. The Smoking Gunns (Bart Gunn and Billy Gunn) and Tatanka vs Bam Bam Bigelow and The Headshrinkers (Fatu and Samu) (with Afa and Luna Vachon) – Six-man tag team match 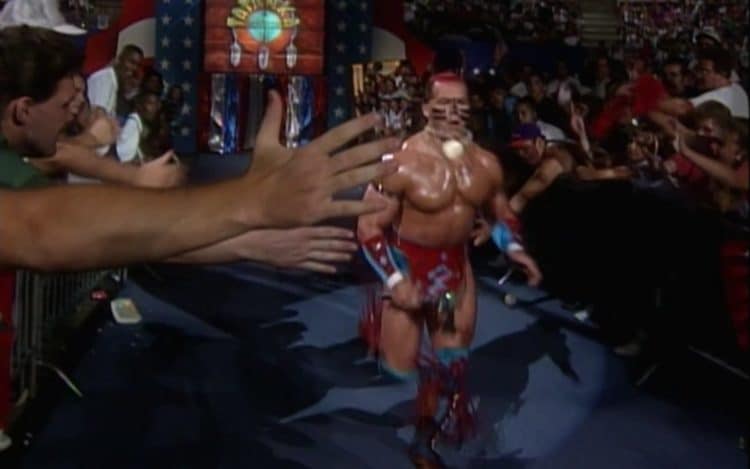 The semi-main-event saw The Smoking Gunns and Tatanka take on Bam Bam Bigelow and The Headshrinkers. The match was a back and forth between both teams, which looked like it could of gone either way. Near the end of the match, Bigelow and the Headshrinkers each climbed the turnbuckles to attempt simultaneous diving headbutts, but Tatanka rolled out of the way. Tatanka seized the opportunity and pinned Samu for the win. 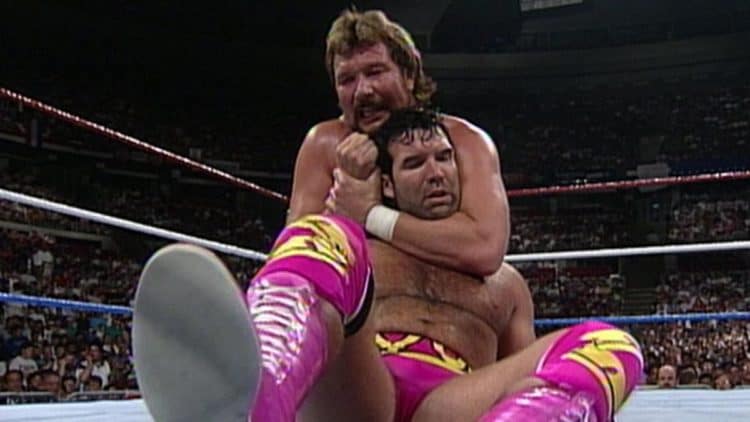 This match served as both the first time that the two had faced off on TV, but also the last WWE match for Ted DiBiase, as he was forced to retire a few months later. The match itself was fantastic and served as a great opener for the event. DiBiase got the upper hand early on in the match, with Ramon turning the match around a few minutes in. Ramon won the match after using the Razor’s Edge to score the pinfall. 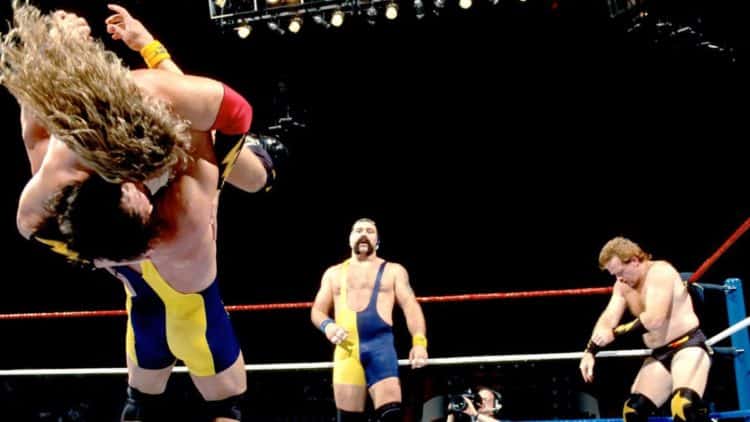 The Heavenly Bodies played the heel role in this match, attacking the Steiners before the match began. But, it wasn’t long before the Steiners regain the advantage in a back and forth match. Jim Cornette got involved by hitting Scott Steiner in the throat with the tennis racket, almost costing them the titles. Del Ray accidentally hit Prichard with a moonsault, however, allowing Scott to hit a Frankensteiner and Rick to get the pin. 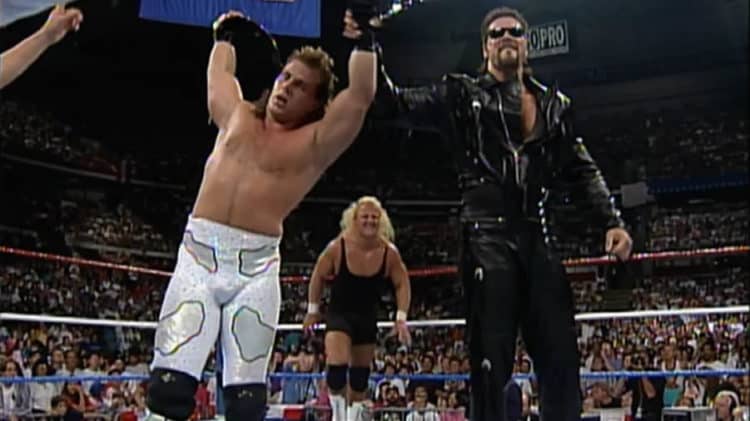 Shawn Michaels and Curt Hennig will both go down in history as two of the greatest of all time, so it is unsurprising that his match takes the top spot. The match itself was very technical, with many wrestling holds being applied. Diesel interfered to distract Mr. Perfect, allowing HBK to connect with the superkick. After HBK spent many minutes targeting Perfect’s back, Hennig was able to hit the Perfect Plex, but Diesel pulled him out of the ring to save his partner, eventually leading to Perfect being counted out. It is a shame that the match didn’t see a clean finish, but the quality was very good so it still deserves the top spot on this list.