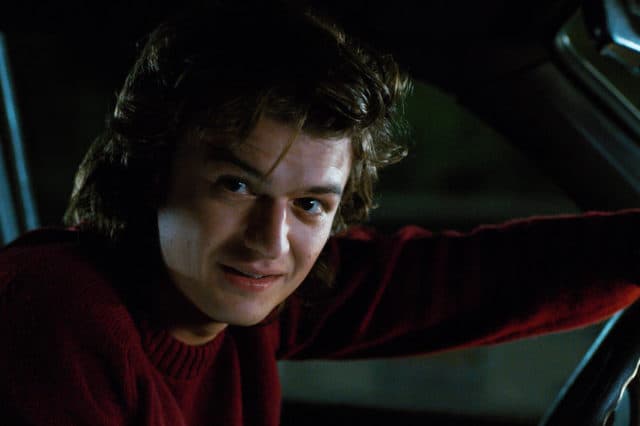 Steve might be getting a new love interest when Stranger Things season 3 finally comes out. There’s nothing concrete yet but apparently the series will be getting a new character named Robin that has ties to the dark secrets of Hawkins, and she could possibly be Steve’s new pursuit. Yet if she has anything to do with the dark secrets of Hawkins it could be that she might either be too much for Steve or she could possibly be a danger to him since he and the others have been all about eliminating the dark secrets, or at least stopping them from taking over their town.

Whatever the deal is Steve is without someone to cozy up to at the moment since Nancy went her own way and he accepted it. In truth Steve’s been kind of a lot nicer guy since he and Nancy were no longer an item. Now that he made a new buddy in Dustin he’s been the kind of guy you would think of as a reformed jerk that just wants to do right by people. It could be a rocky transition to that kind of personality but it seems to fit him better than being the arrogant kind of person that thinks picking on people is the best way to go. Steve has changed a lot since the beginning of the show and there’s a good reason, he’s seen a lot just like the others. Once the first season was over his eyes were finally opened to possibility that there was something far more important than just being the average high school kid that lived for the moment. The mere fact that he took Dustin on as a kind of protege was kind of cool since it meant he’d shown a lot of personal development at that point.

But forgetting about what went on the past two seasons and just up and pretending like it didn’t happen isn’t going to be possible for those that know what happened. A lot of Hawkins is oblivious to the fact that their world was almost turned into a hellish nightmare and probably wouldn’t believe anyone that told them. But those that participated in this strangeness won’t just forget, so it could be that Robin, if she is somehow connected to the strange goings on in Hawkins, could bring back bad memories or could start something that might endanger them all again. But if she’s going to be a possible love interest of Steve then it might be that she’s a tortured individual that’s looking for answers about her life. After all there were a lot of test subjects at Hawkins that were barely ever spoken of, and it’s likely that another one of them managed to get away, right? After all, the good doctor in season one was all about lies and deception when it came to his own daughter, so lying to anyone else would have been a piece of cake.

Whatever happens, the only thing that matters is that fans want this show to come back on the double, which means it won’t be back for a while.