Home
Entertainment
News
Why We’ll Be Watching the Movie “Collection” 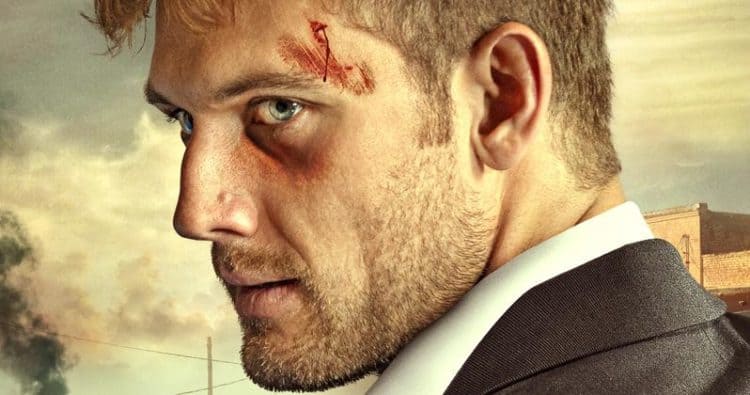 Collection might hit on a personal note for a lot of people since it’s fair to think that some folks have been in the type of situation that is highlighted briefly in this trailer when a debt collector calls and starts to give a person options as to how they can pay back a debt. That dread that sinks into the pit of your stomach when a debt collector calls and starts to explain why they’re calling and how much you owe and what can be done to pay off the debt, which usually means ruining someone financially. After seeing how many scams are out there however this has become something of an irritation as well as a seriously devious form of making money that works somehow since many people don’t bother to check to see if it’s real or if they might have already paid off the debt that is being used against them. The fact is that debt collectors are very real and despite being kind of sleazy they are legal. But the fact that so many scammers can exist and still make big money by bilking people out of their hard-earned money is a bit depressing.

It’s easy to wonder if this could be Alex Pettyfer’s chance to get back into the spotlight or if this movie will be just another way for his career to keep moving forward since at one point it did feel that he might be one of the next big stars in Hollywood. Some might say that the jury is still out on that matter but others would likely claim that he’s either an indie darling or someone that has all the potential they need to do something but just needs the right movie. It’s hard to say if anyone’s right or wrong, but at this point, it does feel as though Alex might need one big movie to really catapult himself into the spot he was in when I Am Number Four came out.

This movie has a bit more of a serious look to it as the apparently high stakes world of debt collecting is going to be on display for people to see, at least in some version that may or may not be true. It sounds as though Alex is going to be playing the part of a grieving father that’s heavy into the debt collecting game and meets a woman that he becomes close with only to realize that her family is going to be his next mark. That’s bound to complicate a few things since the conflict of interest and the likelihood of a setup is no doubt going to come into play, and the fact can’t be missed that there’s bound to be a double cross coming or already set up. In short, this movie is going to be a little wild and might require a bit of attention just so nothing is missed and people can honestly say that they know what’s going on. Apart from that it looks like it might be worth watching at least once if not twice.

It might kind of amusing if collection agents actually gave this a watch and commented on it since the fact is that there’s a movie out there for just about every profession, or that at least features one profession or another, and it’s interesting to think about what kind of impression this leaves on people that have these types of jobs. For instance, watching many movies about writers and those that write various projects has often left me laughing when anyone thinks that it’s exceedingly easy or that someone thinks it’s overwhelmingly difficult. When it comes to debt collectors it almost feels as though some folks would want to try to save face by stating that this isn’t exactly how it’s done. The hope is that most folks would realize it’s just a movie and there’s no need to get bent out of shape about it, but there is an understanding that a bit of realism is nice to see every now and then, especially since it helps to enjoy the movie a little bit more. All in all though, this does look like it might be an enjoyable movie that could be at least a little entertaining.

It’s not about to be big action flick, but there is action in it and there appears to be plenty of drama that goes into the story as well. Go figure, dealing with ones finances isn’t exactly going to lead to a calm and quiet outcome since a lot of people who have dealt with debt collectors know very well that it’s kind of a harrowing experience at times and not at all conducive to one’s peace of mind. But somehow, it’s become a big business that many people have slipped into and a movie idea that could be kind of fun to watch.