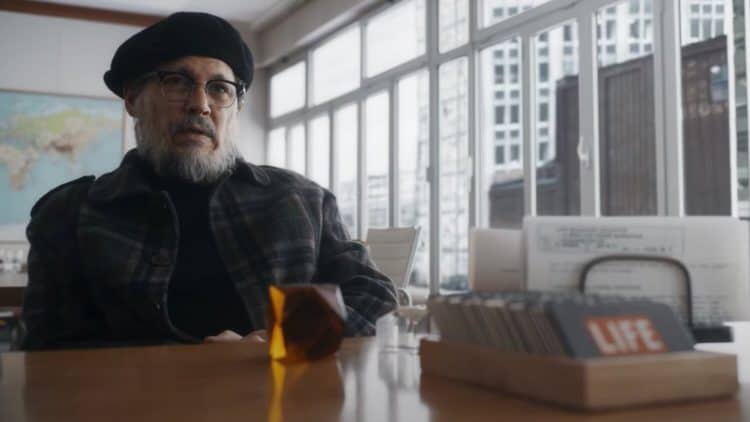 It would almost appear that we’re looking at a slight shift in the life of Johnny Depp, and while some people would say ‘duh’, others might agree since the former Pirates of the Caribbean star isn’t going all out in this next movie since Minimata is based on a true story and is something unlike anything Depp has done in recent years, at least those projects that have been widely noticed. Depp will be taking on the role of William Eugene Smith, a famous photographer that was present to report upon Minimata, a fishing village in Japan that had experienced the long-term effects of mercury poisoning that had been caused by a nearby factory dumping heavy metals into the water supply. As anyone can probably guess, this is going to be a rather tense and dramatic movie that will bring about the idea that corporations are not as careful as they need to be at times and have in the past been seen to cause a great deal of damage that they had no intention of owning up to. For Depp, this is a role that will probably get him noticed in a big way again or will be buried since many people have become used to his role as Jack Sparrow or have enjoyed him in other movies that aren’t quite as serious.

Anything based on a true story is something of a risk since it requires that whoever is making the movie get their facts right as much as possible, and it means that those taking on certain roles need to be careful to represent their character in a way that will be accepted. Some might profess that this isn’t as necessary, but history tends to remember people for how they act and how they portray others when the moment comes, and in that light, it feels safe to think that Depp will put in a great performance simply because he is that good at what he does and it’s easy to think that he’ll have done his research on Smith in order get the man’s character down right. Seeing as how this movie already made its debut earlier this year at a film festival it’s not too hard to say that it should be able to wow those among the audience that are still fans of Depp’s and are more than willing to keep supporting him. There are likely to be those that will wonder just what he’s doing and why he’s not taking on roles that will continue to elevate him in the annals of pop culture, but at the same time, there will be those that will see this as another mark in his favor as an actor and as someone that is simply trying to do his job.

There are definitely a few reasons to watch this movie when it comes out, and Depp’s portrayal of the famed photographer is one of them since the statement ‘a picture says a thousand words’ is more accurate than many people give it credit for since the truth is that a picture can say what words will not. Sometimes the pictures that are printed in magazines and online are for shock value, to widen one’s horizons, or to simply get attention in some way. But there are pictures that are taken that manage to reach people on a level that is normally only reserved for moments of introspection or deep thought that many people don’t enter into much these days. Some pictures are mean to create wonder, amazement, and a kind of serenity that’s hard to find all the time. Others are taken to show humanity in all its splendor and all its hideousness since where this great beauty there is also a great amount of sorrow and suffering to be found if one looks. A lot of photographers pursue their passion because they’re able to tell a story with words and to shape their own lives and influence others with the pictures they take of the world around them. It’s a very ethereal quality that is backed up by hard evidence in the form of their pictures, but photographers capture the world as it is and as they would have since it all depends on the photographer when it comes to what people will see.

The Minimata disease, as it became known, dates back to the 50s when the first neurological disorders were noticed. But back then there was no way to prove that the Chisso corporation and their illegal dumping was the cause. Thankfully to this day many of those that were affected in the long-term are still alive and they have been compensated by Chisso. This movie might be another uncomfortable look into the past, but like always it’s a good way to plan ahead and see what can be prevented in the future.