Home
Television
WWE
Why The WWE Cruiserweight Division From The Beginning 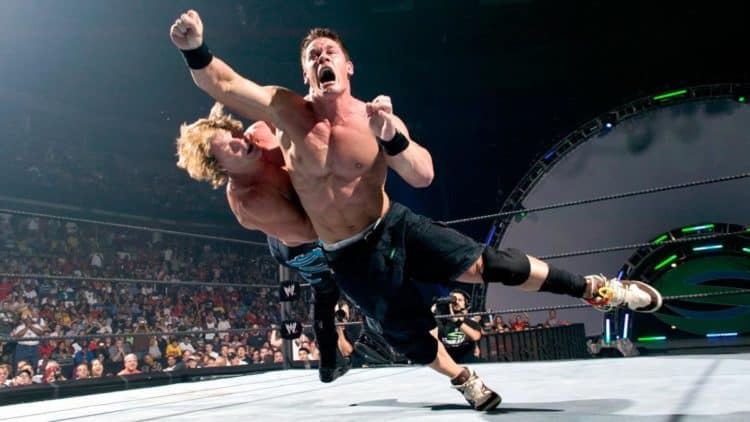 Wrestling is a big man’s game, and when you look at the documented history of WWE, names such as Stone Cold Steve Austin, Razor Ramon, Andre The Giant, The Rock, Bret Hart, and The Undertaker have several things in common: They’re tall guys who would never be mistaken as cruiserweights. The term cruiserweight was made famous by World Championship Wrestling, which made the division hot by showcasing world-class wrestlers who weren’t just heavyweights that the wrestling world were used to. The most infamous to come out of that division are Eddie Guerrero, Chris Jericho, Dean Malenko, X-Pac (Who was Synxx in WCW), and Rey Mysterio. Once WWE purchased WCW, the division was transferred over to the company, and despite originals like Billy Kidman or Rey Mysterio making the move over to the light heavyweight division, it never had the same value as it did in WCW.

One of the reasons is due to the fact that it was never treated on the same level as WWE or World Heavyweight titles. When was the last time one of the early cruiserweight titles headlined a pay-per-view? In fact, how many times have a cruiserweight championship match or feud main event a RAW or Smackdown? The division as a whole never felt important because unless you’re in the title picture, you were reduced to nothing matches on the company’s B-shows or not used at all. The early goings of the cruiserweight division provided some great matches and fun characters, but as time passed by, the interest in the cruiserweights clearly disappeared. It wasn’t a surprise that the company opted to get rid of the belt in 2007. Their final cruiserweight champion was Hornswoggle, who was treated as a joke during his time with the company. Characters matter. Wrestling is important when it comes to the sport, but guys like The Rock, Hulk Hogan, or Stone Cold didn’t get popular because of their wrestling ability. They had strong characters that audiences connected with on a massive level. The cruiserweight division didn’t have characters of that nature anymore. Guys like Rey Mysterio or Eddie Guerrero moved up to the heavyweight division, and the world surrounding the title wasn’t exactly packed with strong challengers.

When the company brought back the division in 2016, the promise of a revamp division had some hope. The Cruiserweight Classic was an excellent tournament that featured some of the best wrestling on WWE programming. What’s better is that the division showcased wrestling that was different from any other show on the roster. Sure, WWE audiences have seen highflyers before; however, the action showcased in the Cruiserweight Classic represented a different style than the WWE formula: fast-paced action with moves that are rarely used in the company. Under the guidance of Triple H, the division seemed to be in good hands. However, the same pattern eventually overcame the cruiserweight division. The re-introduction on the division showcased the same style that was displayed in the Cruiserweight Classic, but the wrestlers notably slowed down their in-ring style following the first week. Storylines were being told; however, that only centered around the cruiserweight title. The secondary and third characters on the roster weren’t given much of a chance to develop their characters and it was clear that Vince McMahon grew bored of the division quickly.

Once the full transition was made to their 205 Live show, that was the true downfall of the division. It was barely promoted on WWE programming. Once it was revamped under the guidance of Triple H, it became one of the best wrestling shows in WWE, topping RAW and Smackdown most weeks, but the problem is that no one was watching. The cruiserweight division was put onto their own separate island and left to fend for itself. Even when the division made the transition into NXT in 2019, it once again started off with potential by showcasing more storylines outside of the title picture, but it eventually settled back into that spot. The massive releases of the 205-live division sealed the fates of the cruiserweights as a whole. The division was doomed to failed from the beginning because it wasn’t treated as anything special. The division was packed with tremendous talent. There needs to be a division  featuring characters spotlighted outside of the title picture. It was treated as a nothing like the old divas division. There were moments when the companies gave it special attention, especially when Enzo Amore and Neville held the belts, but there was never any full investments it the cruiserweights as a whole. As WCW and TNA/Impact Wrestling have proven in the past, cruiserweights can be money, it’s just a shame that Vince McMahon had no true interest in showcasing them.