Home
Movies
Why The Rhythm Section Was Mostly Ignored By Audiences 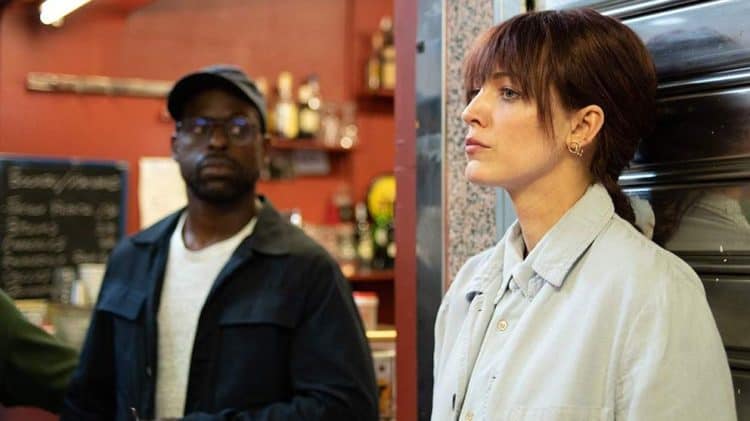 For years, Hollywood has been trying to create the next female action franchise in the vein of James Bond. Unfortunately, female action vehicles have yet to truly connect with mainstream audiences, with Atomic Blonde and the Charlie’s Angels remake being some of the costly examples. Enter The Rhythm Section, an early 2020 pic involving Blake Lively (A Simple Favor, The Town) and Jude Law (Captain Marvel, Spy), which centers around Stephanie Patrick, whose family was tragically killed in a plane crash. When the widow is informed that the crash was no accident, she seeks out a former CIA operative to help her find the culprits. The Rhythm Section ended up bombing hard upon its release, only making back $6 million worldwide based on a production of $50 million. So, what happened? The Blake Lively pic appeared to finally be the female action movie that Hollywood executives could fully get behind; however, it turned out quite the opposite. Let’s dive deeper into the reasoning behind The Rhythm Section’s box failure.

Making a film trailer is very tricky. In concept, the purpose is to get audiences excited about said film so they would end up purchasing a ticket; however, there’s been plenty of times where trailers have misled audiences into thinking that a movie was in a certain category. One of the most notable of this is 2011’s Drive, in which the editors made it seem like a high-octane action film when in reality, Drive was a crime drama. Despite being great, the film ultimately suffered at the box office and this might’ve been the case for The Rhythm Section. The movie is built as this revenge/action type vehicle; however, the movie is actually more of a character-driven thriller with action sprinkled throughout. Many audiences complained about how slow the film was overall and word of mouth likely killed the film’s momentum. Add in the fact that The Rhythm Section currently holds an abysmal 29% on rotten tomatoes then it didn’t exactly have the hottest buzz going into opening weekend.

The Premise Failed To Be Original

When it comes down to it, The Rhythm Section is a film that you’ve seen 1000 times. While the picture is a deeper exploration into the psyche of one’s mental state in aiding for murderous revenge, that message doesn’t come across in the trailers. Kill Bill, Memento, True Grit, and Gangs of New York are some of the films that have a protagonist looking for revenge after the death of a loved one.  The “ordinary person turns into an assassin” angle has been done countless times and better as well. The Rhythm Section needed something to make itself stand out from the pack. The four movies listed above certainly do and it helps that Quentin Tarantino, Christopher Nolan, Martin Scorsese, and The Coen Brothers were behind these films. Reed Morano mostly built her career up as a cinematographer so her skills as a director wasn’t widely known just yet despite The Rhythm Section being her third feature. The 2020 movie didn’t really justify its existence since the trailer failed to separate The Rhythm Section from better movies that deal with the same premise. Add in the fact that there were higher-profile movies out during this time, namely Bad Boys for Life, 1917, and Jumanji: The Next Level, then audiences likely didn’t feel the need to shell out money for this action pic.

With an unknown (but talented) filmmaker helming the 2020 feature, The Rhythm Section needed an A-list star attached. Of course, there’s no guarantee that a big name would’ve equaled box office success; however, more eyes would’ve been interested in the action pic had a big name been attached to the project. Blake Lively is a talented actress; however, the only films on her resume that have made over $100 million domestically was Green Lantern and The Town. Lively wasn’t the star who helmed either feature. Jude Law is a bigger name with more hits in his filmography; however, the veteran actor hasn’t led a top-earning feature in over ten years before The Rhythm Section. Law has notable roles in Fantastic Beasts: The Crimes of Grindelwald and Captain Marvel; however, he’s not the lead protagonist. Even then, those movies are popular due to their intellectual property. Sterling K. Brown‘s name has been getting hotter since This is Us; however, he’s far from a name talent that can led to box office success. Despite the high level of talent attached to The Rhythm section, the film just failed to garner much attention to mainstream audiences.