Home
Movies
Horror
Why The Rage: Carrie 2 Fails To Live Up To The Original Film 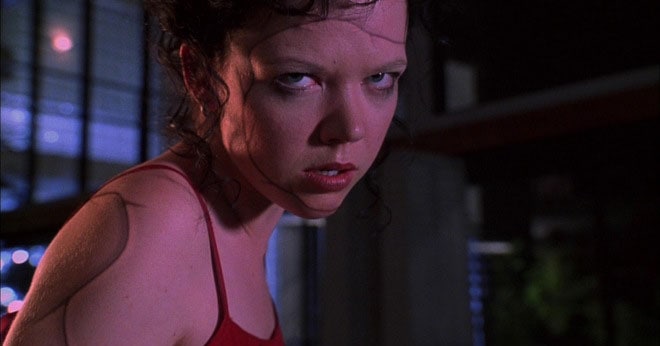 Following the success of Brian De Palma’s Carrie, Hollywood officially decided to make a sequel to the horror classic, 23 years later! The Rage: Carrie 2 follows Rachel Lang (Emily Bergl), a quiet girl who’s looking to exact revenge on the popular crowd following the tragic death of her closest friend. In addition to Bergl, Amy Irving (Traffic, Confetti) reprises her role as Sue Snell, and Jason London (Dazed and Confused, Poor White Trash) plays the sensitive football player. Unfortunately, the remake didn’t get the same critical reception as its predecessor, with many critics pointing out that Carrie 2 was a lazy rehash of the first film. Truthfully, there was no need for a Carrie sequel. A Carrie prequel could’ve been possible. Diving deeper into the backstory of Carrie’s extremely religious mother could’ve been an interesting character-driven piece. Other than that, with the title character officially dead, there’s really no point in having a sequel.

Would it be impossible to make a great Carrie sequel? No. There are interesting directions that the film could take. Perhaps this could’ve been a character study of the lone survivor of the first Carrie incident, Sue Snell, watching her mental state in bad shape due to the tragic incident. Either way, retelling the same story for a new generation wasn’t the way to go and that’s the biggest issue of The Rage: Carrie 2. I do have to commend them on the casting choice of Emily Bergl; Dressing her in gothic clothing does make her seem like an outsider, thus an easy target for bullies, though making her quiet and meek doesn’t exactly fit her personality.

But even the casting doesn’t save this lazy retread of the same story. It’s pretty much girl gets pushed to her breaking point before she loses her s**t and kills everyone for the 90s generation. The party kill scene is solid, though it comes across as hokey more often than not. Emily Bergl does an excellent job in this scene and she isn’t doing the awkward arm gestures like Chloe Grace Moretz in the 2013 reboot. Her silent and crazed stare was perfect, and some of the kills are pretty sweet. One of the major issues here is the decision to add a comedic moment, which comes as a couple of slackers witness the party-goers trying to escape, stating, “man, we’re missing one killer party”. This tonal shift is extremely jarring and actually takes away from the serious moment. Other than the massacre, there’s nothing else in the film that it is a must-watch. The problem is The Rage: Carrie 2 doesn’t add any commentary that was already conveyed in the first film. We’re pretty much following the same beats as the original. If you happened to miss the first film then Carrie 2 is a solid horror flick, but it feels too gimmicky at the same time. The movie also tries way too hard to connect with the Brian De Palma film. Having flashbacks of the first movie only reminds audiences that they’re watching a less superior horror sequel. The entire film does try to tell a story regarding Rachel, which is an admirable effort; however, the whole movie feels like it’s building to exactly one moment, the party massacre.

The original Carrie focused on several themes including her chaotic home life with her religious mother, Carrie blossoming as a young adult, in addition to the bullying and torment she’s suffering at school. Carrie 2 does build off the previous film’s mythology, but it comes across as obvious Easter eggs and the film makes it clear from the beginning that it’s nothing more than a murderous revenge movie. Honestly, there’s nothing wrong with that. Carrie 2 could’ve been interesting as a straight revenge thriller, with Rachel tracking down each party responsible for her friend’s suicide. Unfortunately, we retread the same water first, unnecessarily trying to make Rachel sympathetic by being tormented by the film’s popular kids before she summons her powers and goes crazy. Rachel already had a motive for revenge, the filmmakers didn’t need to tact on unnecessary reasons to get the audiences on her side. The Rage: Carrie 2 could’ve been a fun revenge thriller; however, trying to live up to the Carrie name holds the film back more than it helps.