Home
Television
Why The Pilot Of Yellowjackets Is A Must-See 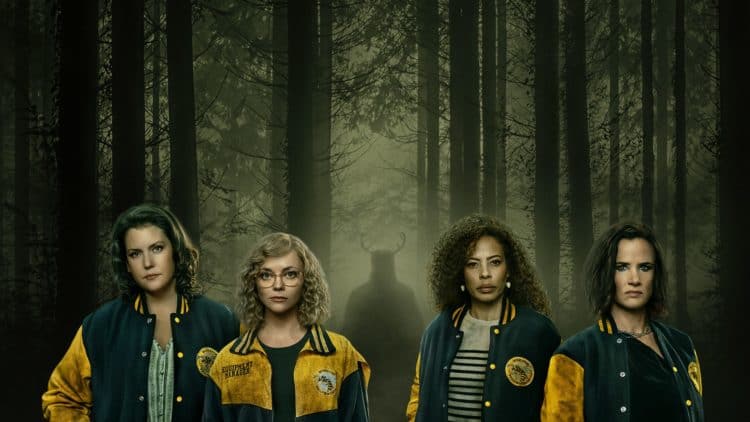 2021 has been a fantastic year for television in general. The rise of bold shows such as Wandavision, Loki, Squid Game, or Only Murders In The Building, to the re-introduction of old worlds such as Dexter or The Witcher. Since there are so many rich television shows due to streaming sites and networks, some often get overlooked, and that’s where Yellowjackets comes in. The Showtime series is a unique blend of survival, psychological horror, and coming-of-age hit the premium channel in early November and has garnered a rare rotten tomatoes score of 100% based on 66 critic reviews. Surprisingly, Yellowjackets has been going under the radar despite its strong critical feedback. So, I opted to finally check out the pilot of the underrated rated show to see if it was a journey worth continuing past the first episode. Based on the title alone, there’s a clear yes as Yellowjackets manages to pull off an astounding feat by effortlessly blending its mishmash of genres together.

To start off, Yellowjackets is about a group of talented high school players who happen to survive a fatal plane crash deep in the remote northern wildness. The show actually chronicles the surviving woman who are trying to piece their lives together 25 years later, yet also detailing the hell and torment that the young girls went through during their time in the remote wilderness. Yellowjackets starts off with an excellent teaser, as we see one of the young girls frantically running through the woods and suddenly falls down a spike pit. Wisely, we don’t see her face to keep the suspense going. She’s dead, with spikes drilled through her body, and a mysterious figure checks out the crime scene and leaves. This immediately pulls you into the action and keeps you on the edge of your toes. Oddly, it doesn’t feel awkward when the show then shifts its focus on the women during their adult and teenage years. In the back of my mind, I wanted to know more about just what the hell was going on during that wilderness, but the drama before and after the crash kept me glued to the pilot. Yellowjackets smartly puts the attention on both generations of women, allowing audiences to connect with the characters first before we’re thrust into the insanity that’s seemingly taking place.

The girl drama is kind of your usual stuff. One of the girl’s is sleeping with her best friend’s boyfriend. Animosity is running rampant between the team following a devastating incident that saw one of their own literally snap her leg. The teen drama is nothing particularly new, but it does a good job of establishing the girl’s personality and their dynamic between each other. The acting is really good during these moments, with the standout being Ella Purnell as Jackie. She does feel like an effective leader and is the best character to root for in the pilot. In terms of the older generation, the pain is written on the faces of all of the women who survived the crash and the show does a great job exploring the grief or in some cases, anger. I’m not going to specifically detail any of the older characters, so you go into the pilot a bit fresh in regards to the events that happened. The show makes it somewhat clear who lives and dies, as not every Yellowjacket member is focused on in the adult stage, but it surprisingly didn’t ruin any of the suspense for what’s going on into of the wilderness.

Yellowjackets expertly does what a pilot episode is supposed to do, introduce audiences to a fascinating world with compelling characters and has you desperately wanting more once the end credits roll. Throughout the episode, we get brief flashbacks of what’s going on following the excellent teaser and let’s just say cannibalism is at strong play here. Though the narrative focus is mainly on the before and after the huge plane crash, so don’t expect to truly dive into the forest stuff until the upcoming episodes. The flashbacks do enough to give a taste of the wild events taking place and will leave you excited to dive deep into the upcoming episodes. If you’re worried about this show potentially being woke then it never feels that way for one moment. The girls feel like genuine characters and not plot devices for whatever political stance the writers feel the need to tackle. All-in-all, the first episode of Yellowjackets should be given a shot by anyone hungry for some original content. There will be some who aren’t fans of the genre mash-up, but the pilot will leave you wanting more for the others.