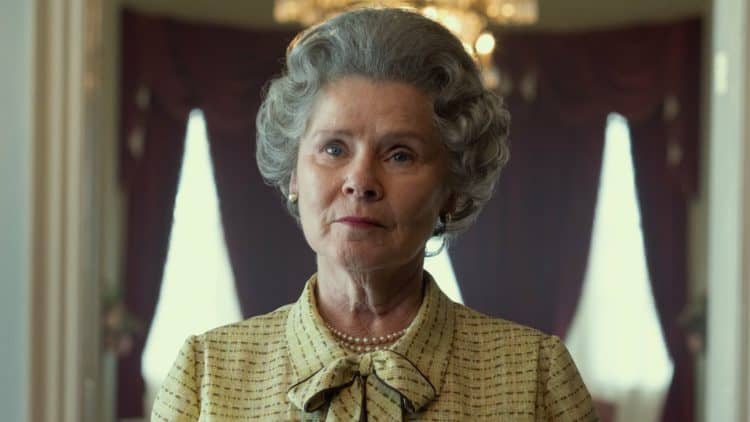 Around the premiere of season 4 of The Crown in 2020, series creator Peter Morgan announced that seasons 5 and 6 would not cover “recent” royal events within the series. The most confusing aspect of his reasoning was that he didn’t want to write about such events because they were “too soon.” From a historical perspective, this is admirable since historical analysis and assessment does need the passage of time to ring true. Then again, Morgan has been so free with fabricating and embellishing royal history from the 1940s to the 1980s, that it’s a bit of a confounding statement nonetheless. If accuracy and the passage of time are that important, then where is the responsibility to write authentically and without bias? Nevertheless, it is rumored and expected that The Crown will end with either the Golden (2002) or Diamond Jubilees (2012), which represented the Queen’s 50th and 60th years on the throne respectively. There is no doubt that the 1990s were the most consequential and incendiary years of Queen Elizabeth II’s long reign, but since her role lasts until her dying breath, there have been quite a few more of these events since the Diana years, and to exclude all of this would be jarring. Let’s take a look at some reasons why The Crown should cover events to the present day.

The Queen’s Reign Is Ongoing

The Crown is the grand, well-made historical drama that we British monarchy fans had been waiting all of our lives for. Claire Foy, Olivia Colman, and soon-to-be Imelda Staunton have all shined (I am sure Staunton is luminous) in the role of the Queen at various points in her long life. A series of such stunning technical achievement and prestige production values cannot be expected to last long, but there is something odd about Morgan’s decision to cut it off at the Queen’s 50th or 60th years on the throne. Elizabeth II recently celebrated her Platinum Jubilee in February 2022–70 years on the throne–and a monarch’s reign never ends until the monarch passes away. While the 2000s, post-Golden Jubilee era of the Queen’s reign was relatively quiet, the era following her Diamond to Platinum Jubilee has been anything but business as usual. Although the Queen’s duty and service has been impeccable for 7 decades–something that lends her to her sterling reputation as quite possibly the world’s most beloved head of state today–a monarch’s reign contains both the good and the bad whether they like it or not. The story is ongoing, and there is much that needs to be explored past these timeframes.

The fallout of the Duke and Duchess of Sussex’s departure from royal life in 2020, as well as the severely damaging and embarrassing sex scandal engulfing the Duke of York since 2019 are in some ways the darkest events to unfold in the Queen’s 70-year reign. This is not easily admitted to since the Charles, Diana, and Camilla scandals of the 1990s are so ingrained within the memory, but the past few years have been horrible times for the reputation of the monarchy. To speculate how Morgan and company would view the Sussexes or Andrew is pointless, but it can be amassed that he prefers to take “testimonies” at face value considering the 100% victim narrative for Diana displayed in season 4. It may be wise to avoid covering these events since the fallout from each is still ongoing to this day, and the divide of opinion towards Harry & Meghan is fiercely down the middle; either you detest them or they can do no wrong. The Prince Andrew scandal is another thing entirely, and there are some faults or assumptions that many cast upon the Queen herself in accusations that she is shielding her son (she is not, to be clear). Prince Harry has long been a controversial figure long before he met Meghan Markle and dating back to the early 2000s, so it would be interesting to see if that is covered around the season 6 mark. With this in mind, there is also a part of me that agrees with Morgan–the most recent controversies are still fairly journalistic and not at all historical–but a great deal of the 1990s controversies can be said to be the same.

On April 9, 2021, the Queen’s husband of 73 years passed away a few months before his 100th birthday. Prince Philip, Duke of Edinburgh, has of course featured predominantly in the 4 seasons of the show thus far. Although this is certainly not something that should play out in the series, there is no mistaking the profound influence and strength that Prince Philip provided the Queen as her consort for over 7 decades. In seasons 1 and 2 of the series, there is a lot of creative license taken with depicting the state of the early marriage between Queen and consort, but there is also something profoundly moving in Morgan’s imagining of their addressing of the problems within their marriage. The outright suggestions of Philip’s infidelity are sensationalist and disrespectful, but Morgan’s creative license was rooted in historical accounts, and how he framed their marriage as a mutual agreement in how they have both made mistakes was poignant and moving. There is no doubt that Philip’s 2021 passing left a huge hole in the Queen’s heart, and perhaps this would be too recent and raw to blast across TV screens.

Ending With the Golden or Diamond Jubilees Is Anti-Climactic

As I have said repeatedly, a British monarch’s reign ends the moment they die, and with this is the certainty that every second of their reign is needed to form the entire picture and summary. The Queen is nearly 96 years old, and will serve in her role until her death. Ending the series on one of her now past jubilees is misleading for a series that seeks to explore the life of a very unique and beloved individual. If anything, close the series with the Platinum Jubilee, although that will also still leave a question mark as the Queen goes on, and on, and on.