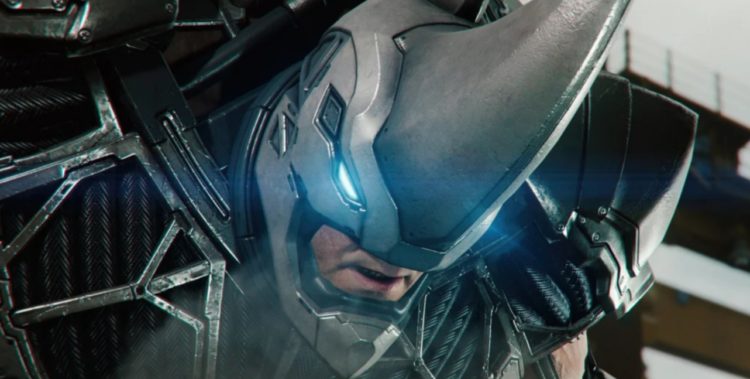 Quite honestly arguing a case for Rhino from the Spider-Man universe to get his own solo movie is kind of difficult, but it almost feels as though he’s due this much since the representation he received from Paul Giamatti in the Amazing Spider-Man 2 wasn’t even close to what people might have been expecting. Thanks to the upgrades the character has received throughout the years he’s become more than just a super-powered gangster in a skin-tight gray suit that grants him both super strength and durability. In terms of being one of Spider-Man’s most dangerous enemies he’s proven to be entirely formidable when facing off against the webslinger. His strength alone is something impressive and can put him on Spider-Man’s level, or close to it, and his short bursts of speed can also allow him to do massive amounts of damage thanks to the enhancements his suit gives him. Despite the fact that he’s not the genius that Doctor Octopus or other villains are, Rhino is still fully capable of thinking on his feet and adapting to a battle as he needs to do.

In the comics Aleksei Sytsevich comes off as kind of a dullard, but in truth, as Alex Jung of ScreenRant would agree with, he’s actually moderately intelligent and, in his own opinion, has an artistic side that he doesn’t really get into all that much. It might not seem like it but he’s definitely more than a one-note super villain that can be dissed and dismissed since if you’ve ever read the comics then you know that he’s taken on some high-profile heroes throughout his time in the Marvel universe, and he’s done a fair amount of damage as well. This is a guy that’s taken on the Hulk in the past and stood toe to toe with the green goliath, even if it was before the Hulk became a truly powerful, planet-busting terror. But even if he’s not capable of taking on the Hulk in this new and improved form it’s still bound to be something that’s a lot more impressive than the skin suit since the mech suit that Rhino has now in the games. His size alone makes him a real threat, while the fact that he’s intelligent enough to know how to fight, when to fight, and when to simply play defense until he can gain the advantage makes him a character that’s a lot more than the one-dimensional bruiser that a lot of people might think he still is.

It’d be nice to see him re-introduced into the Spider-Man movies if only to show that he’s on his way back, but giving him a solo movie might make it necessary to introduce other villains as well since Rhino is unfortunately not the kind of villain that really warrants his own story given that he would need something to be pulled from many issues he’s appeared in. It’s either that or fabricate a story for him that people don’t recall since it would be pulled out of thin air based on whatever back story the character has in the first place. Rhino does need a solo story since he’s already been introduced and it didn’t sit well with the fans. His appearance could have been great and could have driven Spider-Man to desperation since in the comics the character has given Spidey a run for his money more than once. Even being incarcerated on the Raft, the prison that houses some of the worst of the worst and the most powerful of individuals that can’t be housed in regular prisons, Rhino has almost always been freed by someone that sees his worth. Throughout the years he’s almost always been a lackey of someone, meaning that he’s not a leader. It’s true that he’s not someone that can drive his own story largely because he isn’t the mastermind. He’s a bruiser, plain and simple when it comes to his role in a story. He’s the guy you call when you need someone’s head busted or a lot of damage inflicted upon an individual or something else.

But that doesn’t mean that he can’t have a movie that’s his, even with guest stars that are there to bolster it just enough to make it work. Add in Doctor Octopus, the Green Goblin, maybe another villain that he doesn’t get along with, and the filmmakers might be on to something that could easily work. This character is simple in one breath and complicated in the next since he is more than his suit and reputation and he does have more offer when it comes to a story that might be developed into something worth watching. It doesn’t feel as though it would be a blockbuster, it might even be a direct to DVD kind of movie, but all in all it would still be a worthy attempt that could make the fans happy.