Home
Movies
Action
Why Monster Trucks Bombed At The Office 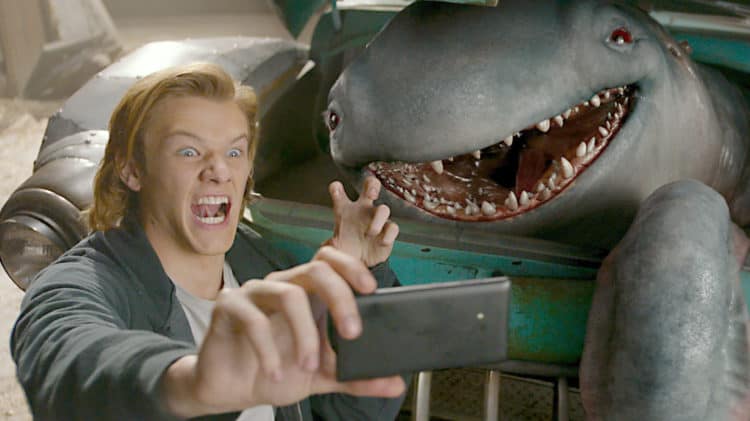 Remember that weird Monster Trucks movie that had a huge budget of $125 million? For Paramount, this was actually supposed to start an entire franchise; however, the film bombed hard, only making $64.5 million worldwide. This ended up making the studio lose somewhere between $113 to $119.2 million dollars. The 2017 movie was about Tripp, who builds a monster truck, who has an accident at a nearby oil-drilling site displaces a strange creature who loves speed. There are plenty of reasons films tend to bomb, but for Monster Trucks, these reasons lie on the obvious side. Let’s examine the possible reason Monster Trucks failed to connect with audiences.

The Premise Of Monster Trucks Was Weird

There’s nothing wrong with weird movies. In fact, David Lynch – one of the best filmmakers of our time – is the master of weird films. Still, his movies have a strong and relatable message that audiences can connect with despite the creepy imagery. David Lynch understands the world that he portrays throughout his films, thus the reasoning his movies tend to turn out so well. This also applies to movies like Donnie Darko, The Lobster, 12 Monkeys, and Guardians of the Galaxy. These films embrace their weirdness, but it never clouds the overall themes and messages of said film. It’s rare to make an original movie these days, so to get a weird or oddball movie likely means that we’ll get something bold, daring, and most importantly, original. Monster Trucks deserves points for originality and the message isn’t all too complex. The main issue lies with the fact that its target audience isn’t exactly clear. Obviously, the film is aimed at the young kids demographic. The purpose of Monster Trucks was to sell toys.

However, the film is so out there that doesn’t really translate to kids all too well. E.T. managed to tug on the hearts strings of all ages because it told a strong story that appeals to everyone. Monster Trucks biggest weakness is the script and how adult the film comes across. There’s a lot of exciting truck action for kids, but there are times of unnecessary violence that don’t mesh well with the demographic that they’re targeting. Oh, and Tripp is a complete douchebag to a girl that’s probably a little too into him. Plus, the weird squid alien design looks awkward, though it was clear that they were trying to go for adorable and cute. Monster Trucks feels like a PG-13 film that was toned down to PG. The weirdness actually clashes with the rating, as this film likely would’ve been better suited for the PG-13 crowd. Don’t get me wrong, this is a BAD film, so a better script should be the focus first; however, the movie feels trapped in a PG world that screams adult more than PG friendly.

The Lack Of A-LIst Talent

Jane Levi (Don’t Breathe, Evil Dead) and Samara Weaving (Ready or Not, Three Billboards In Ebbing Missouri) go on to make some great films; however, they were virtual unknowns at the time of Monster Trucks release. Lucas Till is coming off the X-Men franchise but he was never the focal point of any of the movies. Till appeared to be on the cusp of stardom based on his lead role of MacGyver, but the television audience just wasn’t strong enough to carry the film to financial success. The biggest names on the cast are Rob Lowe and Danny Glover; however, the two stars aren’t featured enough in the trailers to pull in their section of fans. Even then, Lowe and Glover’s fanbase is an older generation, thus their target audience wouldn’t shell out money to see this type of film. I understand Paramount’s approach with casting Lucas Till as they want a young, fresh face to carry the franchise; however, they needed someone big to possibly help sell this film.

The premise doesn’t exactly fit mainstream audiences and the trailers didn’t exactly entice viewers to watch the film. There’s no guarantee that an A-list star would’ve helped this film reach its financial goals. However, guys like Denzel Washington, Leonardo DiCaprio, and Brad Pitt are A-list because more often than not, their films tend to attract a wide range of audiences. Monster Trucks needed a Tom Holland or Timothee Chalamet. Again, there’s no guarantee that this film would’ve been a success with those names attached, but it definitely would’ve gotten more people interested in the film had they been cast as the lead. To be clear, there’s nothing wrong with Till in the main role. He’s perfectly fine as Tripp and his chemistry with the weird Alien thing does provide fun, but from a business perspective, he doesn’t have a track record of successful films as the lead, thus attaching a name talent should’ve been a top priority, especially when $125 million is being invested into a hopeful franchise.