Home
Anime
Why Fullmetal Alchemist: Brotherhood is The Best Anime 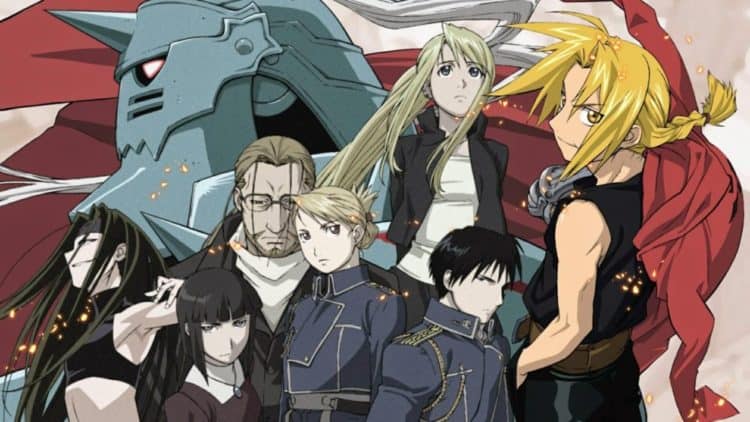 The story of Fullmetal Alchemist: Brotherhood recaps and continues the story of the original Fullmetal Alchemist. Edward and Alphonse Elric live in a world set in the 20th century in the fictional land of Amestris, ruled by King Bradley. The world of Amestris is that of a diverse population of people in many different cities; in this population there exist those known as Alchemists. Alchemists have the ability to transmute objects into others using the law of equivalent exchange; the one exception is that transmutation of the human body is taboo. The Elric brothers begin to study the form of alchemy after witnessing their mother’s death and in an attempt to bring her back from the dead, they decide to perform the taboo act of human transmutation. In doing so, Ed loses two limbs and Al loses his entire body in the horrific act, due to the law of equivalent exchange stating that something cannot be created from nothing, in order to obtain something, something of equal or greater value must be lost. The show then follows the two brothers on their journey to attempt to recover an ancient artifact known as the Philosopher’s Stone that is said to have the ability to restore their bodies. The story is incredibly unique and Fullmetal Alchemist: Brotherhood tells it in such a way that surpasses even the original series; Brotherhood sets a much darker tone for the series and changes the audiences’ entire perspective. While the show is still shown to be lighthearted in nature sometimes, the overall tone of it is much less bright.

The characters in Fullmetal Alchemist: Brotherhood are so rich with development it’s actually hard to believe. Ed, Al, Winry, Ling, Colonel Mustang, Hughes, and even Scar, each and every character in Fullmetal Alchemist: Brotherhood shows some major character development in one way or another at multiple points throughout the show’s 64 episode run. Some grow to be more likeable and heroic, while others lean further into their villainous nature and become even more hateful, either way the way that these characters evolve is unlike any others I’ve seen in any anime so far. While many of these characters were developed in such a fantastic way, there are still those that I would very much like to burn into a pile of ash like Envy and Shou Tucker (for obvious reasons.) We also can’t forget Barry the Chopper! I love Barry and while I won’t spoil anything for those of you that haven’t seen the anime, he’s also got some great character development along the way.

The animation of Fullmetal Alchemist: Brotherhood is by far one of the best I’ve seen, especially for being an anime released in 2009. The fight scenes are so absolutely beautiful to watch and the set-pieces in the show are nothing short of spectacular. I could sit back and watch Fullmetal Alchemist: Brotherhood for days on end for nothing else but to admire the animation of it all. While anime animation has definitely come a long way since even 2009, with wonderfully animated shows such as Demon Slayer (2019) that really shows off the evolution of the anime art style with its blend of high and low frame rates, I still find Fullmetal Alchemist: Brotherhood to be one of the most appealing, just because it’s so cool to see the fights between Ed and Al and whatever big bad they’re fighting in any given episode, to see the wondrous transmutations of their alchemy being put to work in so many different ways, it fills me with joy every episode.