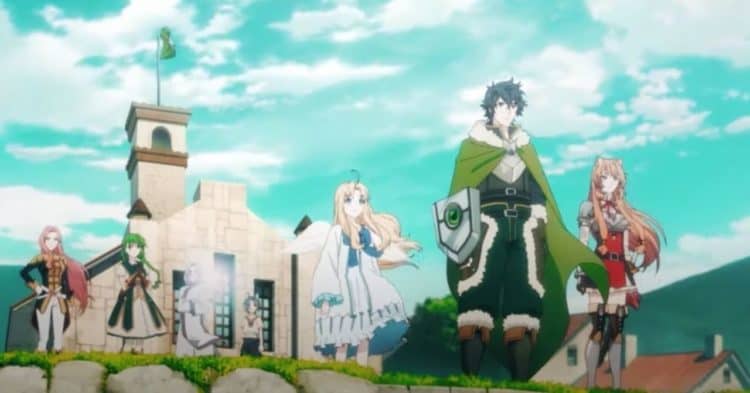 Story-wise, it is worth mentioning that The Rising of the Shield Hero is one of the earlier isekai works, meaning that it has had a fair amount of influence over the subsequent wave in anime as well as anime-adjacent media. Isekai means “different world,” so it should come as no surprise to learn that it indicates works in which the protagonist has been transported to another world. Such works are not new. For example, Alice’s Adventures in Wonderland was published in 1865, while A Connecticut Yankee in King Arthur’s Court was published in 1889. Similarly, one can make an argument that the fairy tale of Urashima Taro as well as its counterparts from a wide range of cultures in a wide range of places can be considered forerunners of the genre as well. On top of this, there have been a number of anime and anime-adjacent media that were isekai-themed without being named as such, with an excellent example being The Familiar of Zero in the 2000s that inspired the wave that would lead to the coining of the term in the early 2010s.

In any case, The Rising of the Shield Hero sees the protagonist Iwatani Naofumi plus three other individuals summoned to a fantasy world for the purpose of fighting interdimensional monster invasions. Each one of them is provided with a magical weapon. In Iwatani’s case, he receives a shield, which puts him in a bad position because he cannot go on the offensive in the same way that his three counterparts can. Furthermore, The Rising of the Shield Hero takes things a step further by having the one individual who elects to work with him betray him before ruining his reputation by accusing him of trying to rape her. As a result, Iwatani proceeds to buy a demi-human girl as well as the egg of a bird-like monster from a slave trader to serve as the offensive component of his team before striking out on his own.

Unsurprisingly, The Rising of the Shield Hero provoked quite a bit of controversy when it started becoming more prominent in North America. After all, its story has elements that are more than a bit reminiscent of slavery apologism. Furthermore, the false rape accusation raised more than a few eyebrows, particularly since it was noticed at a time when the awareness of such issues had been heightened by the Me Too movement. Such themes aren’t particularly uncommon in similar works aimed at similar audiences. However, the popularity of The Rising of the Shield Hero nonetheless meant that it received the most attention.

Will There Be a Season 2 of The Rising of the Shield Hero?

Regardless, The Rising of the Shield Hero proved to be very popular. Generally speaking, if a light novel series receives a spinoff light novel series that proceeds to receive its own manga, it seems pretty safe to say that there is a receptive audience for the franchise. However, such sentiments can be seen elsewhere as well. For example, the light novel series itself has seen the release of 22 volumes. Similarly, the manga has seen the release of 18 volumes. Apparently, the anime itself didn’t sell particularly well. However, that doesn’t necessarily say much about the popularity of a franchise. One, anime has a notorious reputation for being expensive in Japan. As a result, even successful series tend not to break far beyond 10,000 units per volume because the prices mean that they have a much-reduced base of potential customers. Two, the value of anime tends to be judged based on their effect on the franchise as a whole because one of the main functions of animated adaptations would be serving as advertisements for the other components. In this regard, The Rising of the Shield Hero anime seems to have been very successful because there were huge surges in sales for both the light novel and the manga in its wake, so much so that they managed 1.2 million copies in two months.

What Do We Know about Season 2 of The Rising of the Shield Hero?