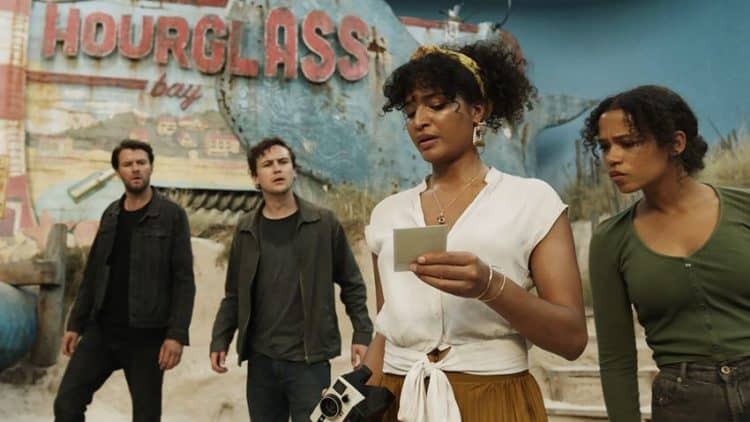 The concept of an escape room is nothing new; however, the 2019 film managed to revive the concept and was a modest success in the box office. Naturally, a cheap horror film tends to get a sequel, and this past summer, Escape Room: Tournament of Champions made its way into theaters. This time, the surviving victims of the first film (Taylor Russell’s Zoey Davis and Logan Miller’s Ben Miller) try to expose the corporation behind the sick and twisted games; however, they end up trapped with six previous champions to play the game once again. The reviews were generally on par with the original; however, the film barely made a dent at the box office as Escape Room: Tournament of Champions ended its run with $49.29 million, which pales in comparison to the first film, which garnered $155.7 million. So, what happened? Obviously, the pandemic had an effect on its box office numbers; however, given the fact that this was a theater exclusive film, this should’ve posted a better-than-average number. Let’s dig deeper into the reasoning behind Escape Room: Tournament of Champions disappointing box office run.

The Trailer Showed Way Too Much Of The Film

The biggest problem of Escape Room: Tournament of Champions is that the trailer shows way too much. This tends to be a problem for most North American films. The trailer wasn’t as bad as Kingsman: The Golden Circle’s shocking reveal that Colin Firth’s Harry Hart was still alive; however, there were several moments throughout the trailer that should’ve been saved for the movie only. For example, the Fake City trap (known as the rain acid scene); This could’ve been a cool twist that subverted the audience’s expectations; however, this moment is given away in the trailers. In fact, the most important moments of the scene are given away, from how it begins to how it ends. This sequence also reveals who lives and who dies, which is only three of the female characters. Showing this one scene alone kills the suspense for a good majority of the film and ruins the movie experience. It’s hard to really advertise a film like this; however, the trailer should’ve been kept at less than a minute and highlighted as little as possible. Escape Room: Tournament of Champions is best experienced if audiences know next to nothing about a good majority of the experience. The purpose of a trailer is to create intrigue and excitement, but with so many spoilers given away, moviegoers likely didn’t feel the need to shell out money to see the sequel.

Despite both titles above having day-to-day releases on HBO Max and Disney Plus, there was much stronger interest in both films over Escape Room 2. Many consider the original Space Jam a classic and wanted to revisit the world that brought them so much joy back in the 90s. After nine films where Black Widow was the side character, audiences finally got to see the Marvel hero in her first solo film. Space Jam: A New Legacy didn’t exactly wow at the box office either, but considering the fact that it made nearly $32 million in its opening weekend based on bad critical reception and a day-to-day HBO Max release, it still posted strong numbers. The Escape Room brand just wasn’t a strong powerhouse over the two other films. Add in F9 and A Quiet Place Part II still being in theaters and audiences had a healthy dose of options to choose from.

Escape Room was a fun diversion upon its release in 2019; however, it lacks true originality. When Cube was first released in 1997, it was a fresh and intriguing horror film that added a new dimension to the genre. By 2019, dozens of Escape Room-type films were released by then. In fact, there are two other movies titled Escape Room. While far from the worse thing you’ll ever see, the movie just wasn’t strong enough for a sequel demand. Plus, the advantage the first film had was it came out in January, which is usually known for its terrible and dead month of movies. Escape Room: Tournament of Champions will likely do very well whenever it’s released on POV for a cheap price or on a streaming service; however, the sequel suffered from the general lack of interest.