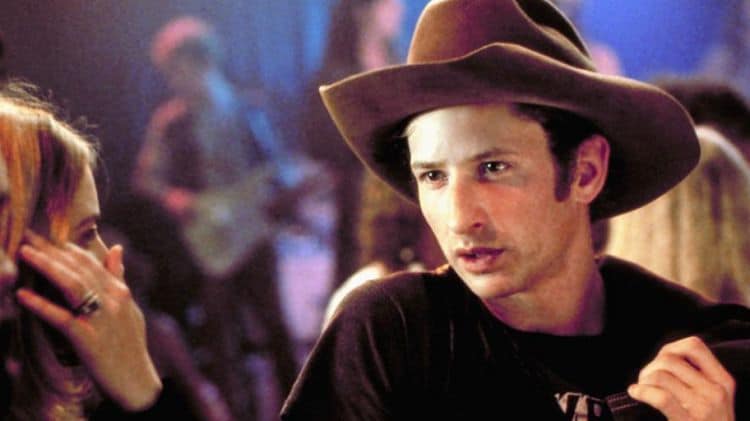 Max Perlich might not be a name that a lot of people know but a lot of people have likely seen him in one movie or TV show or another since he’s been around for a while, and he’s still doing his thing today. After dropping out of school in the 10th grade he went on to star in a slew of teen movies, Ferris Bueller’s Day Off being one of them, and from that point apparently decided that show business was the life for him. To be fair he’s been rather entertaining throughout the years and he’s been very prolific as well, though it does bear pointing out that in a lot of movie and even TV shows he’s been either a supporting character or an extra that’s there for a short while and is then gone. There are memorable moments that Max has participated in though that have made people laugh or have allowed them to remember him in a significant way, since he’s a decent actor and someone that you don’t soon forget due to his looks and the roles that he takes on. When it comes to TV or movies though he’s definitely the sidekick or just a face in the crowd that’s memorable but not bound to stick around for too long.

One of the most memorable roles he’s had has to be in the movie Maverick starring Mel Gibson and Jodie Foster, as he plays the role of a gunfighter that’s sitting down to play poker. The scene itself is great since Gibson’s character, Maverick, is all about being funny and just trying to horn in on the game so he can keep his skills sharp and fatten his winnings a little more before he tries to enter a riverboat game that he’s been working towards. Johnny Hardin is just another player at the table that’s testing his luck as Maverick decides to win the lot of them over by losing for an hour, after which he wins a hand against Hardin. In the true fashion of a sore loser, Johnny then says that the hand shouldn’t count, and eventually ends up revealing that he’s a gunfighter, which draws a long pause and noticeable look from everyone at the table. Gunfighter’s were in some way to be feared in the old west since their profession was inherently deadly and some of them were known to be particularly fast on the draw and short on the temper. But as Maverick tries to push away from the table and Johnny Hardin explodes out of his chair to draw the whole room about goes nuts since once the gunplay starts the feeling is that everyone should be out of the way. The manner in which Maverick calms the situation however is comical since using misdirection and an alarming amount of speed he draws his own weapon in a blink, startling the professional gunfighter and making it clear that as tough as Hardin is, he’s no match for the gambler when it comes to the quick draw. After that the wind is kind of taken out of Hardin’s sails and he retires from the game a few hands after.

Max has also taken on roles that have painted him as a carefree individual and someone that lives for a rush as happened in Cliffhanger with Sylvester Stallone. While he didn’t get much screen time in the movie he did end up being the guy that got away from the bad guys while his friend was gunned down. He’s also been in shows such as My Name is Earl with Jason Lee in an episode where it showed him picking up the winning lottery ticket after Earl lost it following the car accident that put him in the hospital and on the path to cleansing his karma, which was the whole point of the show. Unfortunately for Max his character didn’t really follow the karmic path as he put his own mother in a cheap nursing home and did everything he could for himself. In the end the character wound up being hit by a bus and put in the hospital (karma apparently loves driving that point home, pun totally intended), causing him to lose the ticket as well, as he hadn’t cashed it yet. So to be fair Max is still a decent to good actor but his range has never really been stretched beyond what was needed to show that he has what it takes to accept a bigger and more exciting role. With that being said though he’s still in the business so obviously there have been enough people that believe he knows what he’s doing and is worth the effort. In all seriousness he is a fun actor to watch since he’s fully capable of switching it up when he needs to for any given role.