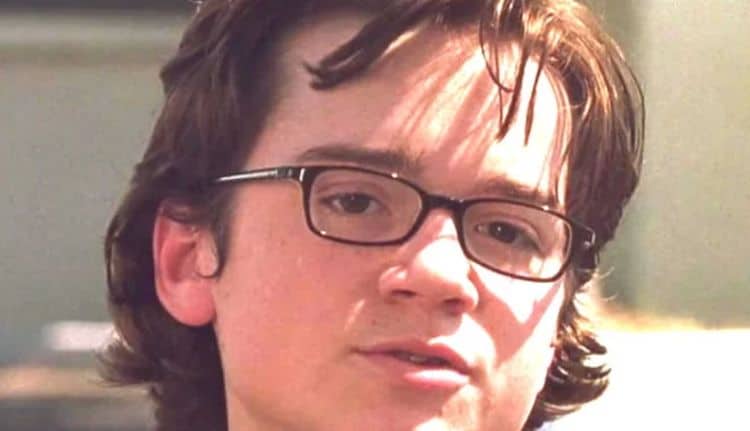 The chances are good that you’ve seen Dan Byrd once or twice over the years since he’s been working fairly steadily since he started out as a young kid. He’s had plenty of roles over the years in various shows and movies and has usually been seen in a few key roles, such as the slightly nerdy best friend, which is one that a lot of people might remember him as thanks to the Cinderella movie he starred in with Hilary Duff. Throughout the length of his career, he’s alternated between being a confident person that has plenty of self-esteem and someone that could use a little ego boost from time to time. But the fact is that Dan’s done fairly well for himself since he’s showed up in a few movies and shows that people might easily remember, such as the remake of The Hills Have Eyes, The Good Doctor, and even Firestarter: Rekindled which featured back in 2002. It’s obvious he hasn’t given up acting but like many that have been in the business for a certain length of time, he’s had his ups and his downs.

A lot of times it might be that people don’t notice him that easily since the downside of his personality is that while he’s not boring and he’s not over the top, he is kind of forgettable since he can blend into a crowd quite easily. This is a good thing and a bad thing since being able to disappear in a crowd isn’t necessarily a negative quality, but it does mean that people might remember who you are unless it’s said aloud. Even then it’s likely that Dan might need to rattle off some of the things he’s done in order for people to realize why his name either sounds familiar or carries some importance. One might think that since he’s been acting since the age of 12 that he would be instantly recognizable, and he might be to some folks, but on average he’s still someone that people feel that they’ve seen before, but can’t place right away.

One very positive thing about Dan is that this never appears to bother him since he’s all about the joy of acting it sounds like and is glad to have a job. There are people who would sniff in derision at such a statement and think that any actor might say this to at least try and sound humble. The reality of it however is that not every actor is a spoiled and pampered individual that appears to have forgotten where they came from. There are those within the industry that do remember what it was like when they were first starting out and how tough it was just to get a job. Dan might not quite have that experience since he was so young when first started up, meaning he was still living at home and likely didn’t have to worry about sleeping in his car or on the street.

But he does admit that his parents had a bit of a hold over him when he was younger, meaning that if he did something wrong then his dreams of acting might have been dashed. It does feel like there’s another side to this story, but at the same time, one’s perceptions are a bit different when we’re younger. What could have been parents being protective and making certain that their son didn’t grow up to be someone who mistreated people could have been construed as being controlling. It happens, a lot of us tend to think that our parents are being unfair at times when they’re really trying to help us grow into decent people. However it happened, Dan did get to continue acting, so perhaps things were evened out at home and an understanding was reached. It feels easy to think that his parents didn’t really want to stifle his acting career, but anyone that’s been a parent should know that one of the most effective punishments, even if it sounds cruel, is the ability to hold something over their child to make certain that know the consequences of a wrong decision. It’s not always nice, but it can be effective, especially if a parent explains why it’s being done.

Dan’s career has been moving steadily forward over the years as he’s managed to show up in one place or another, taking on whatever role he’s had to in order to keep things moving. He hasn’t always been the star and sometimes he’s been more of a glorified extra, but the point is that he’s noticeable and has been a great addition in nearly every project he’s appeared in. It’s not easy to tell if he’ll ever be lead material but it’s very simple to deduce that he’s been one of the more amusing supporting actors in the business.