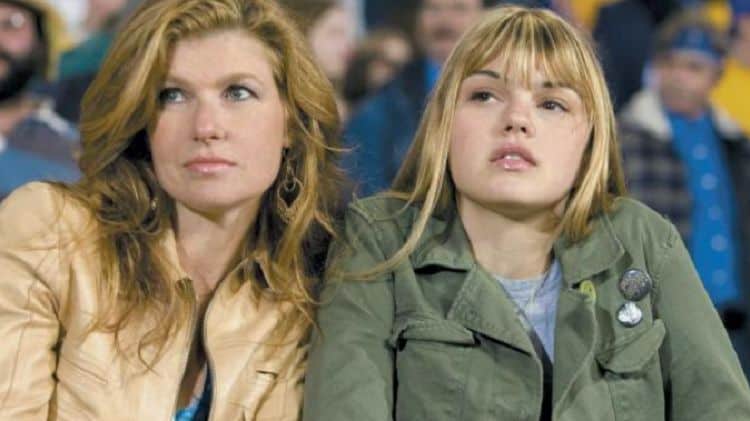 It’s usually kind of fun to see where one’s favorite actors end up after a while, especially when they’re remembered for certain roles that helped to advance their careers in such a big way. There might be a bit of an argument when it comes to which role really set Aimee Teegarden on her path, but three years before she started up the character of Julie Taylor on Friday Night Lights, Aimee was already gaining a bit of a head start on a career that’s been successful for the most part. She hasn’t been the biggest thing going in show business at all times, but she has been someone that a lot of people can recognize once they see her and hear her name. The funny thing about Aimee is that she’s actually kind of like her on-screen character July in that she’s a vegan, but as far as other similarities go it’s kind of hard to tell. She does sound like a very idealistic young woman that doesn’t hold well with cliques and does her own thing, so once again, it feels as though she played herself most of the time on Friday Night Lights.

The thing about this show however is that while she was the daughter of a high school football coach her character wasn’t a big sports nut, while in real life Aimee has professed to like more athletic guys that can challenge and show her a thing or when it comes to sports. She may or may not be someone that really gets into one sport or another, but the point is that she’s not set firmly against it. The character of Julie Taylor wasn’t really anti-football but she wasn’t the type to be a rally girl or be overly proud that she was dating the quarterback of the team. Instead, she was the type of character that was highly opinionated and tended to be a bit of a brat at times since she wanted things to go her way and often felt that she wasn’t being given as much attention as she needed at home. Julie had her good moments as well, but the fact is that on the show, a lot of characters had their good and bad moments throughout the five seasons that it lasted.

Aimee’s career has kept going after Friday Night Lights but it does feel fair to say that she hasn’t always gained as much notice as she might want since some of her appearances have been alongside some of the biggest names in the business, while others have been easy to miss. The thing is that she’s a decent to good actress that knows how to act and knows how to be an integral part of a cast, but for one reason or another, she hasn’t made a huge break that would make it obvious that she’s ready to star in blockbusters that are bound to reach the audience on a level where her name might be elevated above so many others. She did star in Guest House with Pauly Shore a while back, but despite being one of the main characters it still feels as though she still hasn’t made that breakthrough that’s so badly needed.

The positive side of all this is that she’s not giving up and is still taking on one role after another as she keeps moving forward with her career. At the moment she has two movies that are in post and pre-production, so there’s hope that things will continue to look up. Like so many actors she’s doing whatever she can and is seeking to make her name stand out even more, but one has to wonder just when it’s going to happen that the 31-year-old actress will finally find a role that will place her in a position where people will be talking about her non-stop. A lot of people probably still see her as Julie Taylor, though the change to her hair color is probably one of the biggest changes that’s occurred as she’s grown older, while much of her appearance is still fairly close to what it was a little over a decade ago. It’s been interesting to see where each of the actors from Friday Night Lights has gone throughout the years since only a handful of them have really managed to keep things moving upward.

Aimee has held a pretty steady career for a while and it’s interesting to think of where she might be in the next ten years or so, since giving up doesn’t appear to be in her nature at this time. It’s easy to think that she might find a role that will blow up in a big way and allow her to become just as well known as many other young stars in the business.