Home
Television
What If
What If…Killmonger Rescued Tony Stark? Recap 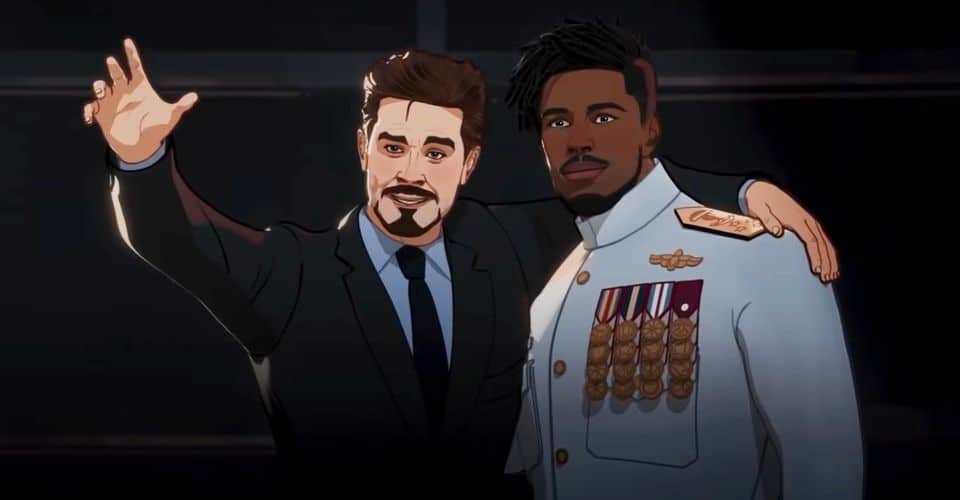 It was actually rather easy to look at Erik Killmonger as the savior in this episode of What If? but at the same time, one had to think that there was something up with the twist since this guy was hard to figure out at first. In Black Panther, Killmonger wanted revenge and he wanted to challenge for the throne of Wakanda, as he did with great success. In this version of history though, not only did Killmonger not approach the throne in hostility, he approached with T’Chaka sitting upon the throne still since his son had been unknowingly slain by Erik in a doublecross that might never have worked had Tony been a little more prepared, which is amazing to say. But thanks to Killmonger’s appearance near the area of attack where the Ten Rings would have otherwise taken Tony hostage, meaning he would have been kept prisoner in a cave, where he would devise his arc reactor and his first Iron Man suit, he was allowed to go back to the world he knew as the same caustic, alcoholic smart-aleck that hadn’t learned anything.

That would prove costly since Erik’s plan wasn’t too hard to put into place as he killed not only Klaw but also James Rhodes, Tony’s best friend. In other words, Killmonger got close to Tony by saving his life, exposing Obadiah Stane from the start, and winning Tony’s confidence. The death T’Challa was significant as it robbed Wakanda of its guardian and allowed Killmonger to simply walk right in, after betraying Klaw to use as a bargaining chip. Everyone but T’Chaka was leery of Killmonger which was odd, but it’s easy to think that T’Chaka felt guilty for the death of his brother and as a result welcomed Erik right in without question. Shuri and her mother were less than convinced, which was to be expected.

But the fact that Tony wasn’t there to stop them either, thanks to Erik, was another clincher that was part of Killmonger’s plan. The fact that he was able to play both sides by tricking the US military into thinking that Wakanda had killed Tony, and convinced Wakanda that the Americans were seeking to raze their city, was a pretty decent strategy that had a few snags to it that Erik powered through. Dealing with Tony after getting past the drone they devised together was too easy since Tony Stark has never been a skilled hand to hand combatant, and his inability to change when needed hampered him greatly in this episode since he hadn’t gained the paranoia that he had in the MCU thanks to his capture and his subsequent change of heart. Because of that, he didn’t see Killmonger’s plans until it was too late to do anything about it, but unfortunately, he had to find that out the hard way. A Dora Milaje spear was the end for Tony and one more piece to the puzzle for Erik, as he made his way toward Wakanda to make another deal under the guise of another act that would earn him the respect of the Wakandans and a sure ascension to power.

It is a bit regrettable that Killmonger was eliminated in Black Panther, as he could have been a truly great villain to keep around due to the level of danger he represented, both with the suit and with his skills as a trained fighter and mercenary. But this version of the character is intriguing since the truth is that a lot of people have wondered how bad he really was considering that he wanted to open up Wakanda to the rest of the world and share the technology. The counter for this argument is that Killmonger wasn’t as altruistic as some folks would have liked to think, largely because this is a man that was driven by vengeance but was highly trained and disciplined when it came to showing his true motives, and hiding away the ones that he kept close to the chest. In other words, Killmonger knew how to say what people wanted to hear and how to present a face that the world could agree with. But when all was said and done he was out to deliver his own brand of justice to the world.

Disney has been taking the time to virtue signal pretty hard with some of their recent projects and it’s been continued with the What If? series since the truth is that world history is fraught with horrible moments that are coming to light in entertainment. While this makes for a great story, it often tells one side without taking into consideration that a one-sided story isn’t always the most balanced presentation, though it’s often effective enough to push people to one side of an argument or another.