Home
Television
What If
What If…The Watcher Broke His Oath? Finale Recap 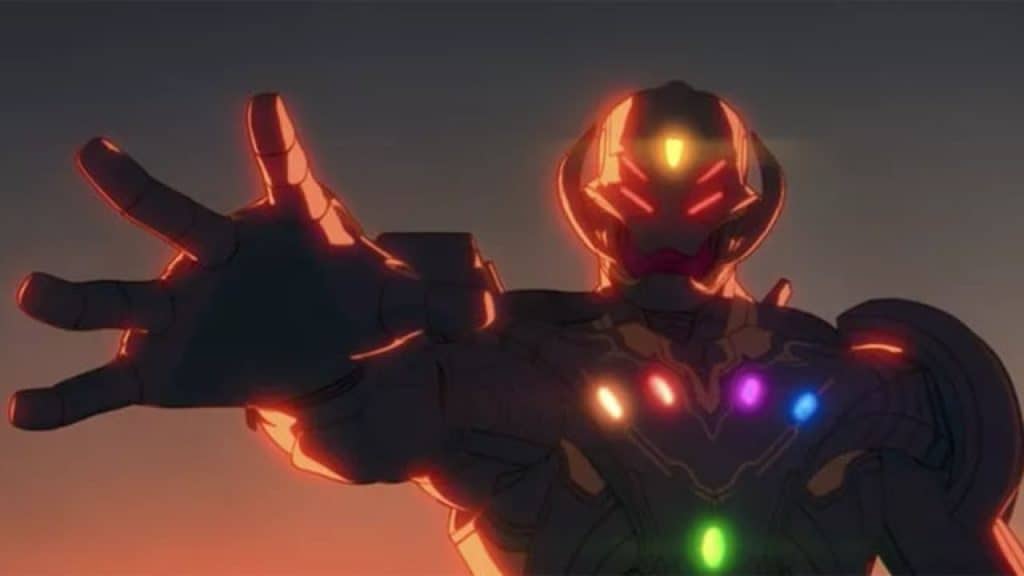 The finale of What If? should remind a lot of fans of a moment in comic book history when the Watcher, Uatu, first broke his oath when contacting the Fantastic Four, but it’s very easy to say that things took a serious step forward in this season 1 ending since Uatu had to scour the multiverse to find the warriors that would be capable of defeating Ultron, and without much surprise, the heroes and villains from the previous episodes were selected as Captain Carter, Doctor Strange, Gamora, Thor, Star-Lord, and Killmonger, were assembled as the Guardians of the Multiverse and given a quick rundown of why their presence was important and what they had to do. It was kind of amusing to see that Uatu singled out Tony Stark as not being needed for this mission, as it not only made it clear that Star wasn’t to be a part of this, but also served as a way to keep the one ego that had caused this mess in check. Despite being heroic when he needed to be, Stark’s paranoia did help to create the mess that became Ultron.

Gathering those that were needed wasn’t quite enough though since obtaining the Infinity Stones wasn’t bound to be easy since Ultron wasn’t hampered by a conscience or a personal mission like Thanos, meaning one would assume that his guard wouldn’t be down that often, if at all. It was surprising then to see the newly-appointed Guardians manage to keep Ultron on his toes so to speak and off-balance just enough to bring the fight to him in a manner that gave them just enough of an edge to keep from being annihilated in one fell swoop. Plus, the gathered power that resided in Doctor Strange was great enough to protect the group and to keep Ultron busy long enough that other attacks were able to land and keep him occupied long enough so that Ultron couldn’t gain his bearings in a matter of seconds.

The slick move that T’Challa executed when removing the soul stone was impressive, as was the continual barrage of strikes that the Guardians were able to deliver as Ultron was forced to bring the fight to the ground, but it didn’t take much for him to back the lot of them off and begin to exert his power once again, since this was one of the only logical conclusions. But since the fight was taking place on the ravaged earth where Clint and Natasha had been fighting in the previous episode, there was still hope as Natasha recovered the arrow that had the uploaded virus, namely Arnim Zola, still primed and ready to go. In an inspired moment when Natasha and Captain Carter worked together, Arnim Zola was finally allowed to be uploaded into Ultron’s body, thereby eradicating Ultron and supposedly saving the day. But as any fan of the comics knows, things aren’t quite that easy, especially since Killmonger obviously had a plan when he took a head from an Ultron drone and figured out how to use it to his advantage.

It’s easy to say one thing for Killmonger, his motives weren’t entirely evil, since the thought of the heroes being able to go back to worlds that could be restored by the Infinity Stones, despite being tempting, wasn’t an offer that anyone was willing to take him up on. That offer became moot however since not long after Killmonger fashioned his own armor and claimed the Infinity Stones, Arnim Zola, using Vision’s body, reminded Killmonger that the armor he’d just taken belonged to him. As a powerful tug of war began for the stones, it became apparent to Doctor Strange that they had never been meant to win, they’d only been required to remove the stones from Ultron’s grasp, and as Uatu intervened once more he imprisoned both Killmonger and Arnim Zola, and the stones, within a fixed point in time that they could never escape. Trusting Doctor Strange to watch over the pair, Uatu then sent the heroes back to their worlds, making only one noticeable alteration as Natasha, who had only a dead world to return to, was granted a place in a world that had lost their Black Widow, and had apparently suffered catastrophic results.

There are a few things to note about the finale that might cause debate among some folks, namely the exclusion of Tony Stark, the use of a pre-Avengers and therefore very brash Thor, the fact that parts of this series did hinge on Natasha and Captain Carter in a big way, and the fact Peggy apparently got her wish at the end as the HYDRA stomper and its occupant were found aboard the ship that she’d helped to infiltrate. The stories were great, the outcome was interesting, and if not for the virtue-signaling in a few episodes and the woke mentality that popped up here and there, it’s fair to say that this series would be one of the absolute best in the MCU. Even with those qualities, the fact is that this show did manage to do something special, and it’s a big hope that season 2 will be just as good.