Home
Television
What Can We Expect from Moonshiners: Whiskey Business? 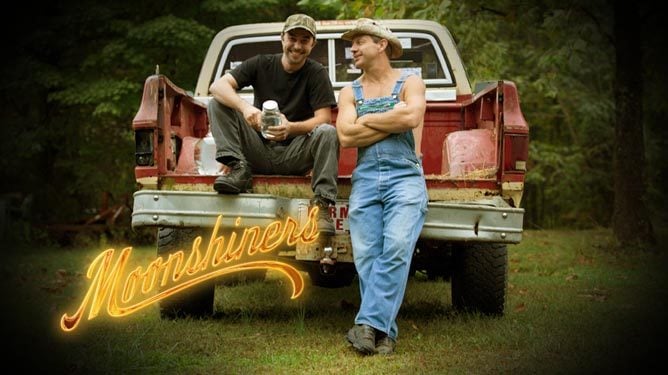 The real taste of the documentary series, the Moonshiners, is the sweet sight of bootleggers illegally making and distributing moonshine. The drama has always been embedded deeply in the sweet liquor production and the law force evading tactics. It has been able to introduce, familiarize and even liken us to some of the most notorious red necks who just handle guns, hunt intruders and smuggle illicit brews. One of such characters is Lance. Unfortunately, the Discovery Channel enjoys massive following from the Moonshiners because of the perceived illegality of the entire show. That’s why although we all expected law enforcement agencies to crack down on the bootlegging, they did worse. They killed the vibe by declaring that the whole show was a mere dramatization.

We Want the Real Deal

We all wanted the drama of seeing different bootleggers producing their unique brands of moonshine illegally. The thrill comes with learning the delicate and dedicated process through which good old handmade liquor is made. The real reason the show has maintained an impressively strong viewership is that people like to see the passion with which moonshiners produce their illicit brews, observe their culture and be thrilled by how different moonshining entities relate with their partners and competition. That authenticity is really attractive. However, how is that for years, week after week, the Discovery Channel airs illegal activity without any legal challenge or retribution? Well, to be fair, with the cast members making several trips to police cells, that kind of answers it doesn’t it?

Virginia law enforcement agencies made sure to assert that the Moonshiners isn’t really a reality show but a scripted dramatization. When the show approached special agent Jesse Tate, the production led him to believe that it was about the history of moonshine and how it used to be distributed. When he found out that the show purported to make and sell moonshine right under his nose, the Virginia ABC wasn’t all too pleased. The authorities in the state then went ahead to shame the show for being fake and masquerading dramatized content as real. Apparently, Tim, Lance and the rest of the cohort were just taking everyone for a ride with their wannabe fake moonshining.

Each and every cast member of the Moonshiners has a deep and intricate understanding of moonshine production. The show may have never been taking real videos of its cast doing illegal things, but that isn’t to say that they didn’t. The whole cohort is also very cunning and bold; they all know how to handle cops.

Tim Cook is a moonshining legend without a doubt. After what he considers to a long time of the police witch hunting him, he decided to go legal with his brewing skills. The Discovery Channel advertises that Tim Cook decided to take his cherished and well-kept secret family recipes out of the mountains and straight into your liquor stores. The Discovery Channel further goes to explain that Tim will be partnering with equally skilled, experienced and passionate brewers whose niche is producing fine whiskey. The key underscore in the announcement was that their favorite outlaw bootlegger had turned into a legal moonshiner. Very interesting, isn’t it? So, how is the show ever going to be as interesting as the dramatized Moonshiners?

Again, the sweetness of the original series the Moonshiners was its attention to details in depicting the production process that included mistakes, research, ingenuity, innovation and competition. That of that is going to lack in Moonshiners: Whiskey Business. In fact, the show has a very big appeal this time; Tim Cook and his new partners will have to rebuild dead or struggling from the ground up. They will start off by comparing and contrasting their skills before they can agree on the right proportions to make up new whiskey recipes. They already have many mistakes waiting to face them.

The other struggle that Moonshiners: Whiskey Business is likely going to portray is the same one that millions of ambitious and entrepreneuring startups across the United States are facing. In fact, their struggle will be worse because they will be working to reestablish failed businesses. I guess we are in store for some really interesting business and chemistry lessons from the Discovery Channel.