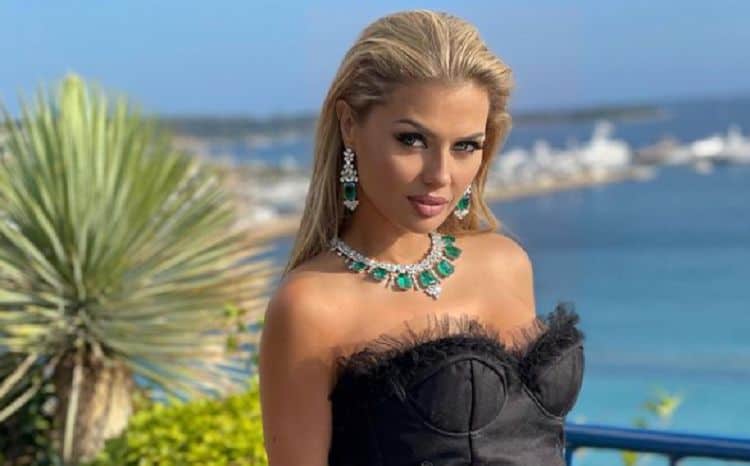 Victoria Bonya is a face you recognize even if you don’t know her name off the top of your head. She’s been in the public eye for some time now, and she’s good at her job as a television presenter and actress. The beautiful Russian has major skills on the screen, and she puts them to good use. The problem, however, is that no one seems to know that much about her. Who is she? What is she like? What’s her story? We have everything you might want to know right here.

She doesn’t look like she’s in her 40s, but she is. She’s taken care of herself, making her health and her lifestyle a priority. She was born on November 29, 1979. She will officially celebrate her 42nd birthday in 2021 just before the Christmas holidays.

2. She is from Russia

Bonya is Russian, but you already knew that. She was born and raised there most of her life. We don’t know much about Russia, but prepare yourself for a mouthful regarding her birthplace. She was born in Krasnokamensk, Krasnokamenskiy rayon, Chitinskaya oblast, RSFSR, USSR. Did you get all that?

She keeps her home life relatively private, but she is a mother and the world is aware of that. She welcomed her child back in 2012 on March 17. Her daughter is Angelina Laeticia Smurfit. She was not born in Russia like her mother. She was born in France, in a beautiful area known as Nice.

4. She Was in A High-Profile Relationship

Her baby’s father is also the man with whom she was in a very public relationship. They were together for nearly 7 years from 2010 to 2017. His name is Alexander Smurfit. His father is a famous Irish billionaire, and they lived together in one of his father’s many estates with their daughter while they were together. They lived in Monaco.

5. She is a Beauty Queen

6. She Learned English in School

She’s clearly fluent in Russian having been born and raised in Russia, but she speaks English at home. She learned to speak English fluently in school, and it also happens to be the language she and her ex spoke at home with their daughter.

7. She Had a Fling with A Minor

She recently opened up about the time that she met a man in 2016. His name is Mbappe. They met in 2016, and they later shared a kiss. When she found out that he was only 17 at the time, she put a quick stop to it. She didn’t know he wasn’t an adult, she does not prefer younger men, and she didn’t want to progress any further with someone who was not yet a legal adult. She was horrified when she found out his true age.

8. She is Not a Russian Spy

There was a time back in the 2017-era when the men and women at LAX thought she was a Russian spy. It turns out, she is not. She was pulled to the side and asked many questions about the Russian president, and she was interrogated. She had to prove who she is and what she was doing in LAX. Apparently, the officials at the airport found a card for a company that creates hidden cameras within her personal effects, which is what led to the interrogation.

9. Her Social Media Got Her Out of Trouble

She thought it was a joke that she was being detained and asked if she was a spy until she realized that they were serious and she was not in a humorous situation. She had to show them her social media accounts, and with millions upon millions of followers, the US officials realized she is probably not the best choice for a Russian spy. They eventually let her go.

She takes a lot of photos, she shares a lot online, and she works in the public eye, but she’s someone who is not sharing too much about her personal life otherwise. She keeps her child, her life, and her love life to herself whenever possible, and she knows that these things remain the most important in her life. Privacy is so undervalued, and she’s learned that in a big way.