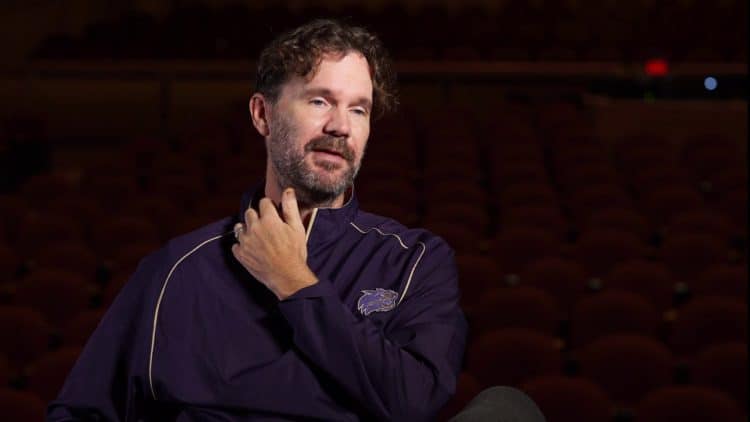 No matter how much work he does, how many roles he takes on, and what kind of character he plays on television or in the movies, Sean Bridgers is always going to be immediately recognized first and foremost for his role as Eldon in Reese Witherspoon’s Sweet Home Alabama. He played a fun friend who continues to live in his small town with his high school friends and family, and he was magnificent in what few lines he had. However, the actor is still working regularly, taking on much larger roles, and doing much bigger things – even if he continues to be one of our favorite characters from the movie. What’s he been up to?

Some will argue that North Carolina is not part of the south what with the whole ‘north’ thing going on, but we beg to differ. North Carolina has more southern hospitality than most places, and we love it there. Bridgers was born and raised in the Chapel Hill area. His date of birth is March 15, 1968.

2. His Father Was an Attorney

His own father, Ben Bridgers, was an attorney when his son was growing up. However, he had a very cool role as an attorney that is not quite like the roles so many others take on. He was a tribal attorney or the Cherokee Indian Tribe. What a career.

3. His Mother is a Writer

She’s not just a writer, though. She’s a successful writer with a long history of success under her belt. She is a novelist, and she’s published seven books of her own. that is not a small deal, and it is not something you don’t get excited about. It’s a wonderful accomplishment.

It’s so easy to assume an actor left high school in an old car, drove to LA with a few bucks, and went to work waiting tables or tending bar while waiting on their big role to come along. This is not the truth for Bridgers. He went to Western Carolina University and obtained his degree.

When he is not acting in front of the camera, he is writing. He was heavily influenced by his favorite writers growing up, and he lists Mark Twain as one of them. We imagine he was also inspired by his own mother, who spent ample time focused on her own writing, too.

Much like he followed in the footsteps of his own mother by adding writing to his own list of amazing works, his own kids are both doing the same thing he is doing. His son is Jackson, and he’s acted alongside his father in shows like “Deadwood,” and his daughter, Kate, was part of his own short film called The Birthday Present that he did in 2012.

7. Deadwood is a Huge Show for Him

While we might be Sweet Home Alabama fans ourselves, he’s best known for his amazing role as Johnny Burns when he starred in “Deadwood,” and his fans will not forget it. He was genius, and he knows it, too.

8. He is Not Active Online

He does have both a Twitter account and an Instagram account, but he’s not overly active on either. In fact, he’s not been very active since around 2017. He has a few more recent posts, but we really do mean a few. His Instagram account has four photos – and two of them are identical.

You will find him discussing his work left and right. If you ask him about his work, he is happy to talk to you about it. If you ask him about a character, prepare to hear what he has to say. However, if you ask Bridgers about his personal life, he’s not nearly as forthcoming. He prefers to keep his private life to himself, and there is nothing wrong with that. He is a man who spends a great deal of his time in the limelight, and he is well and truly entitled to his own privacy when he’s not working.

His marriage is one of those things he likes to keep as private as he can. He and his wife, Rachel, do not discuss their marriage. They do not end up in the press all the time. They are lowkey and very down-to-earth, and they have been married since 1998. That is a lifetime in Hollywood years.