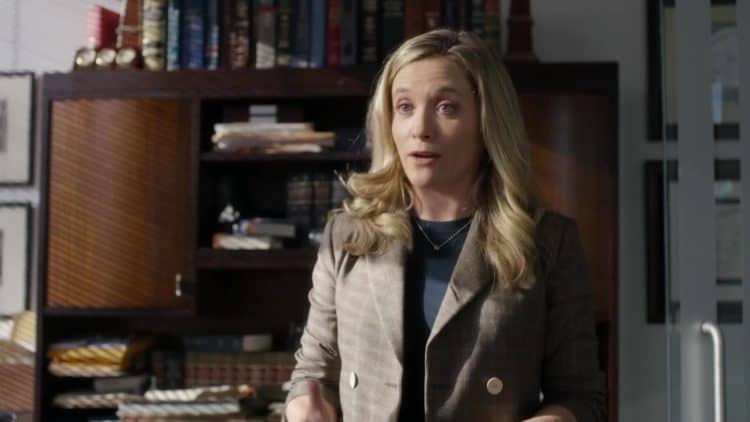 Jenna Lamia’s name may not be widely known, but her resume is far more impressive than many people realize. Over the course of her career, she has been involved with several successful projects and she’s brought something special to each one of them. Recently, she has been getting a lot of attention for her role in the TV series Resident Alien. The show’s second season is set to premiere in February of 2022 and Jenna’s fans are looking forward to seeing what’s next for her character. Whether you’ve been following Jenna’s career for years or are just getting introduced to her, there are lots of things you can learn about the multi-talented star. Here are 10 things you didn’t know about Jenna Lamia.

Los Angeles is undoubtedly one of the best places in the world to be if you want to build a career in the entertainment industry. People from all over the world are willing to risk it all just to move to the city with the hopes of one day making a name for themselves. Fortunately for Jenna, she was born and raised in the area which has made certain opportunities much more accessible.

Jenna’s on-screen work isn’t the only way she’s made good use of her storytelling skills. She has also narrated several audiobooks over the years including the book Hey, Kiddo. She also voiced the part of Eugenia “Skeeter” Phelan in the audio version of The Help.

3. She Has Been On Broadway

Jenna’s TV roles are what many people know her for, but lots of people don’t realize that she is has also found success on the stage. She made her Broadway debut in a production of Ah, Wilderness! which was originally released in 1933. To date, this is her only Broadway credit.

4. She Is A Producer

There are some people who spend their entire lives trying to find something they’re good at. Jenna has been fortunate to find several areas where her talent shines. On top of the work she’s done as an actress, Jenna is also a writer and producer who has worked on shows like Awkward and Good Girls.

5. She Likes to Read

While there’s no denying the fact that Jenna loves telling stories, sometimes she likes to be on the other side and enjoy them as well. Reading is one of her favorite things to do although she probably doesn’t get as much time to do it as she’d like. Occasionally, she’ll share a photo of the book she’s reading on Instagram.

6. She Is An Award Winner

In the entertainment industry, a person’s career is often judged by the number of awards they’ve won. Jenna can proudly say that she’s already taken home a couple. In 2010, she won an Audie Award for Best Solo Narration and she also won an Audie Award in 2020 for Best Young Adult Recording. There’s no doubt that she’s going to earn even more awards in the future.

7. She Is A Proud Pet Parent

From what we can tell, Jenna doesn’t have any children. However, she hasn’t let that stop her from exploring her maternal side. She is a dedicated dog mom and her fur baby is clearly her pride and joy. Unfortunately for all the dog lovers out there, Jenna hasn’t made a separate Instagram account for her pup.

Despite spending several years in the entertainment industry, Jenna has never been one to get caught up in all of the commotion that comes along with being in the spotlight. She has chosen to stay very private when it comes to her personal life and there isn’t much information about her outside of her career.

Just when you thought there wasn’t anything else Jenna could possibly add to her resume, you find out that she’s also a writer. An interview with Audio File Magazine revealed that Jenna has been working on a young adult novel. She credits her work as a narrator with helping her build the confidence to write her own book. As of now, however, it doesn’t appear that she has released any books.

10. She Studied at New York University

Jenna has put in lots of work to get where she is today, and part of that work includes time she spent in school. She studied at New York University’s Tisch School of the Arts which is where she really started to get serious about acting. Jenna also studied at Amherst College.