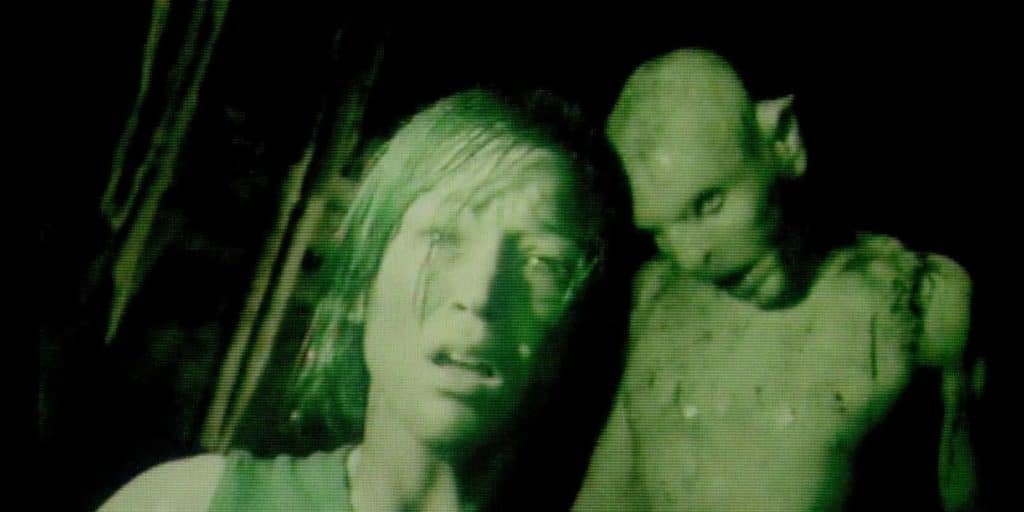 It happens with a lot of movies, and the horror genre is no different. Some people love a movie, others don’t think it’s that great, and everyone that has an opinion bounces back and forth between the two. The Descent is one of those movies that might actually make people really uncomfortable during several scenes since the very real feeling of claustrophobia could kick in at any moment given the fact that the group of women that make their way into an unknown cave system have to do so while braving the possibility that a cave-in could happen at any moment. The reality that there are subterranean caves throughout the world is easy to accept, but it’s just as easy to imagine that this is fuel for any good horror movie that wants to make use of it, as a few have obviously done. The Descent is the type of movie that might look like something to watch on a lazy Sunday or when there’s nothing else, which could be the same thing, but while it is kind of a slow burn to the action, there’s no denying that it makes up for the lack of anything that interesting in the first part of the movie.

Realistically this is probably why the movie was nearly forgotten despite the fact that it spawned a sequel, the lead-in to the actual horror took so long that one had to wonder if the scary parts of the movie were going to be over and done with in a matter of minutes. The funny thing about this is that the exposition that leads up to the terror is, well, kind of boring but still important since it allows the audience to get to know the women before dropping them into what amounts to a subterranean meat grinder. Once they’re down in the cave system things still take a little while to get bad, but when one of them appears to be stuck in a spot that’s barely big enough for a child they hear an ominous rumble as the rock around them begins to shift, and the real terror kicks in full force.

Even the thought of being pinned beneath an immovable megaton of rock is enough to cause a person to breathe quickly and heavily, no doubt to the point of passing out. It would be an awful death to be certain, especially since in a cave system that’s never been mapped out, no one would ever know where these women ended up. But then, of course, things have to get even worse when Sarah, the main character in this story, who has already suffered through the intense trauma of losing a husband and a daughter in a freak car accident, sees something in the distance while she and the other women are trying to find a way out. The Crawlers, as they’ve been called, did manage to get a piece written on them since a lot of people were confused as to how the blind, bald, and pale-skinned creatures arrived in this cave system. It’s believed that they might have been evolutionary throwbacks, cavemen that never ventured out of their caves, and thereby missed out on the advancement of the species. It’s a simplistic explanation at best but it’s one that would at least give some credence to how they appear so animalistic and are essentially predators and nothing else.

The fact is that they are creepy, stealthy, and yet somehow aren’t that great when it comes to taking down something that they see as food. The women are able to fight them off for a little while, but fatigue and their unrelenting fear finally assist in breaking them down enough that the creatures finally start to pick them off one by one, until only Sarah and Juno, her best friend, are left alive. Juno, who comes off as a self-absorbed and kind of selfish individual that tries to convince her friends that she chose the cave system so that they could discover something together, isn’t exactly a bad person. It’s kind of obvious that she had an affair with Sarah’s husband, as there’s simply too much tension at the beginning of the movie to ignore it, but she isn’t an evil person. Instead, one could say that she’s the type you shouldn’t turn your back on.

All in all, this movie was a lot more terrifying than some have given it credit for over the years, and while the sequel was kind of ‘meh’ simply because it was a return to the same cave system, it did bring about a bit of closure that was kind of nice. But the image of being stuck underground with limited light sources and creatures that could hunt in the darkness, not to mention the fact that there’s no obvious way back up, is definitely terrifying.