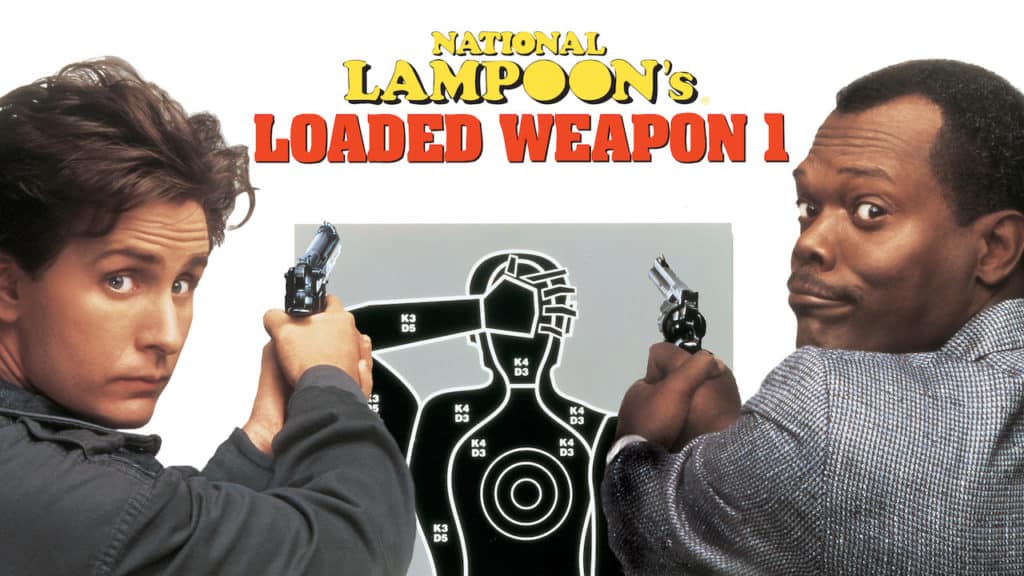 Of course this movie was stupid, that was kind of the point. It was so stupidly funny that laughing was about the only thing that made it worthwhile since otherwise a lot of people might have been staring at the screen wondering what in the hell they were watching. There are a few jokes that fall kind of flat and a few that might not have aged well, but overall, National Lampoon’s Loaded Weapon 1 (there was no 2, don’t bother looking) was all kinds of awesome for the slapstick type of comedy it delivered and the fact that it had a host of great actors that made it worth it through cameos and limited appearances, while several of them stuck around. The humor was snappy and had a rapid-fire sort of feel to it at times in the movie that made it easy to keep laughing and not focus too much on the improbability and impossibility of several aspects of comedy that were displayed. But if you watched this movie thinking that it was meant to be a serious attempt at acting, then you might have picked the wrong movie.

The story is fairly simple, but it does get a bit complicated thanks to the funny nature of the movie and the fact that there are so many elements that are introduced from one moment to the next. If a person can simply hold onto the idea that the Lethal Weapon spoof is the biggest part of the movie, then they might do just fine. There are elements of other movies such as Basic Instinct and a few others that are added in, but the main theme is that of a buddy cop movie in which one of the cops is a little psychotic and the other is the straight-laced individual that’s just trying to get by. It might be kind of hard to picture the duo of Samuel L. Jackson and Emilio Estevez, but the fact is that they worked together just fine in a comedy movie that made great use of a lot of different individuals that are so well-known to many.

It’s kind of easy to forget the plot from laughing so hard, but the main story revolves around the production of Wilderness Girl cookies, a play on the Girl Scouts, that are laced with cocaine, as this is a great way to smuggle the drugs in a form that no one would ever suspect. While that’s definitely a sinister way to do things, the jokes made about it are insane and hilarious and might even offend people today. But anyway, the Lethal Weapon references are great since they go through the first and second movies in order to show Estevez as the burnout and Jackson as the detective that’s stuck with the burnout. As comedies go it was meant to be something a little bigger than it became, but obviously, something happened along the way that kept that from happening. The fact that it had so many great celebrities throughout the movie was something that a lot of audience members enjoyed since it was a great surprise.

To say that it had any offensive humor would be to put it lightly since back in the day people still knew how to watch certain types of humor and take them as jokes rather than internalize each joke and gag while finding a reason to be offended. There are no punches pulled in this movie and it’s all the better for it since people get to laugh and just enjoy themselves as one gag after another rolls forward and the story gets advanced a little more. With Kathy Ireland, Tim Curry, William Shatner, and John Lovitz putting in bigger roles than most others this turned out to be a hilarious movie since the whole idea is something that a lot of people could easily get on board with and just enjoy. Trying to get too serious when watching a comedy is one of the worst things that can be done since it not only ruins the story and the movie, it injects logic in a way that’s not really needed since the fact is that the movie was supposed to tell a story in the best way possible.

It succeeded in that, even if the story was a bit goofy and the whole move became one long-running gag reel, it was still a lot of fun since the acting was great and the action was, for the most part, engaging enough to watch since let’s be honest, it wasn’t bound to be any bigger than it became. But where it ended up is still fine since people are bound to find this movie now and then through word of mouth, and that’s bound to be enough to gain the kind of recognition that the movie deserves.

Whatever Happened to the Cast of “Life Goes On?”