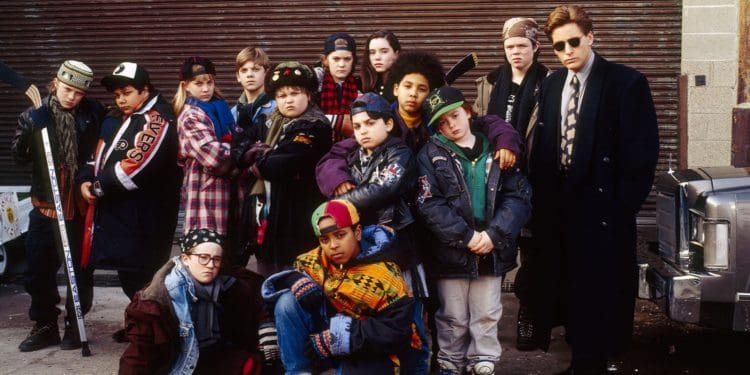 It’s hard to believe that one of our favorite actors, Emilio Estevez, is 57 years old as of now, but Stephen Schaefer of the Boston Herald.com is ready with an article to tell us just how he’s been finding his place as an Indie director and been having a good deal of success with it. It’s fun and important to look back at how Emilio got to this point since back in his younger days he was part of the infamous “Brat Pack” that included a moderate number of younger actors that were known to work together or in films that had roughly the same themes and had to do with the coming of age subjects that many people enjoyed. As you might expect the Brat Pack members did eventually grow up and started going their own ways, as Luchina Fisher from ABC News managed to write about.

Emilio was actually one of the few that managed to find a way to make his career last a bit longer as he went on to star with his brother Charlie Sheen in Men at Work, a story about two garbage men that stumbled upon a scheme to bury toxic waste in an illegal manner. While the film was a comedy it was also one of his more memorable moments on screen as he got older, though many would argue with this since The Mighty Ducks trilogy was undoubtedly one of the more memorable moments in his history. He went on to star in other movies such as Judgment Night, Loaded Weapon 1, and Another Stakeout, which was the sequel to Stakeout. He even showed up for a short period in Mission: Impossible, a role that went uncredited in fact. After a while however he just started to fade away from the public eye as he went on to star in and help out with a few different productions without ever regaining his overall popularity. This was a big question on many peoples’ minds as they wondered just where he had gone.

Tanya from Throwbacks actually gave a decent accounting of where he’s been and what he’s done in a very summarized fashion that hit the major points of his career to date. He’s stayed out of the public eye quite a bit since he’s admittedly shy and doesn’t go out to be famous it would seem. It’s hard to argue with that since there are some celebrities that tend to go out and make their presence known but are are just as quickly seen to go back to their private lives when the job is done. Emilio has obviously enjoyed his time in the spotlight but he hasn’t sought it out as others have and seems just as happy to be behind the camera now as he’s been directing for a while. He actually made his directorial debut back in 1986 and thus became the youngest person to direct, star in, and write a major motion picture, which is very easy to be impressed by. He’s even taken on directing various episodes of several shows.

It really isn’t too hard to figure out why he’s found his niche as an Indie director since it not only allows him to do what he enjoys doing, but it also allows him to stay under the radar as he’s been doing for a long time now. Back in the day he was one of the most popular actors around and yet he was also one of those that wasn’t rushing out to sign autographs or meet people unless that was why he was there. Emilio has for a while been the type of guy that enjoys show business but has also attempted to keep it at a distance so as to keep his own life away from Hollywood as much as possible. But it does seem as though he’s found the happy medium that many people might look for throughout their career and don’t often find.

So far it would seem that he’s been doing quite well and a lot of people are excited to see him rise to prominence once again no matter that he’ll be behind the camera instead of in front of it as we’ve been used to for so long. It’s been a hope that many people have entertained for years that he might come back and do something that we might recognize or pick up another story that might be able to bring his career back to the level that existed at in the past, but so far he seems quite happy doing what he’s doing. To think that one of the Brat Pack would one day become an Indie director is kind of amusing but it’s also nice to see since it means that out of the entire group, Emilio is actually one of those that’s doing the best and has found something he can truly enjoy and succeed at.