Home
Movies
Comedy
Should The Dream Team be Rebooted? 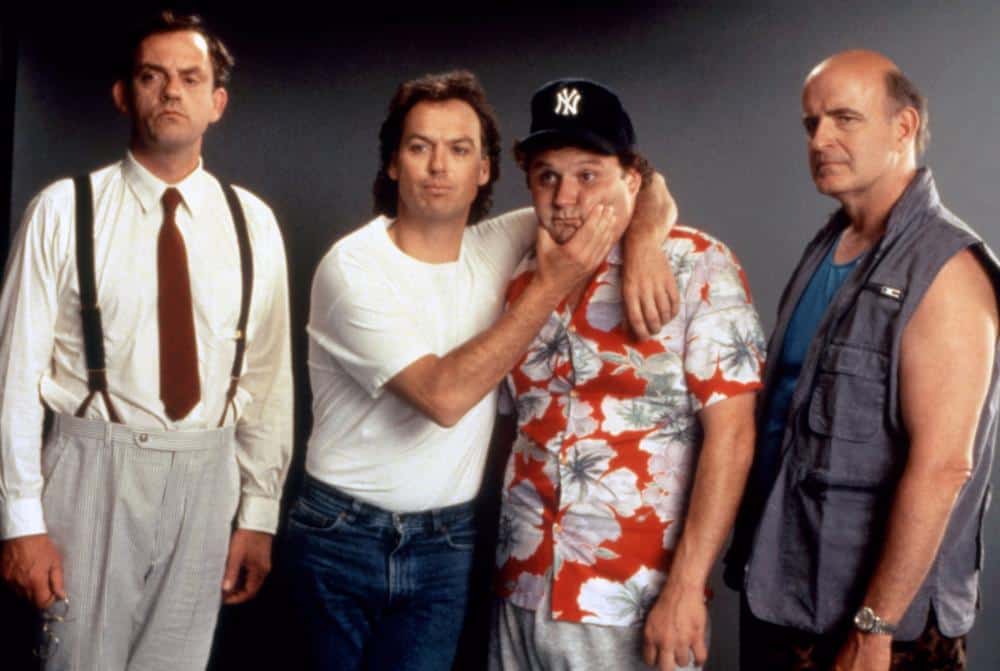 To be fair, this story would be very simple to recreate and wouldn’t take much in the way of writing the script. Finding the actors to make it work might be a bit of a challenge since at the time this was filmed, the actors used weren’t as legendary as they would eventually become, but they were still more than a little comical since they were a band of misfits that didn’t appear to belong together, but were still funny as hell. Michael Keaton, Peter Boyle, Christopher Lloyd, and Stephen Furst ended up creating a story that had plenty of comedy as well as drama since the movie is about four mental patients that are about to be taken on an adventure that in this day and age would likely get someone tossed in prison despite the end result. The reason the four men are being let loose from the sanitarium for the day is that their doctor believes that they need a change of scenery to really begin to show any signs of progress. Of course, in true 80s style, this goes completely sideways when Albert, played by Furst, has to relieve himself in an alleyway and the doctor, who is keeping watch for him, witnesses the death of a cop at the hands of two other cops.

If you’ve seen enough 80s movies then you know where this is going since left on their own, each man has to deal with their own issues, since being in the sanitarium was helping them, but it could only go so far. Billy, played by Keaton, seeks out his old girlfriend in order to try and make amends and show that he wants a more serious relationship. But being a pathological liar with violent tendencies he obviously goes a little overboard before he shows that he can change. Jack, played by the late Peter Boyle, confronts his old boss where he used to work, and while working out the idea that he’s not Jesus Christ, he manages to overcome his own issues. Henry, played by Lloyd, is the most uptight of the bunch and has a severe case of OCD, but seeks out his wife and daughter to help with his own issues.

The entire movie is kind of one long gag reel at times, but it does have several touching moments that cater to the mental states that each man exhibits, and ends up becoming a laugh riot at one point since they find that by working together they can get quite a bit accomplished, which allows them to bond and even become friendly toward one another. After exposing the guilty cops and saving their doctor from being killed, it’s found that the men have come a long way in dealing with their issues. Even Albert, who starts off speaking in baseball euphemisms to communicate, finally speaks to Billy, even if he’s whispering. The progress that the men show throughout the movie shows that they’re working through their issues, which leaves the viewer with a good feeling that makes this movie memorable in a lot of ways. It could also be one reason why it wasn’t lauded for being a comforting movie that mixed drama with comedy. Sometimes people like to be challenged and can’t understand why a movie would do any less.

When thinking about a reboot and how it might go, however, it’s amusing to think that it would go about the same way but with a lot of necessary updates since a few decades have passed since this movie came out. Plus, finding the actors that could take the places of the men in the movie isn’t too hard, but it’s still fun to think that there might be a couple of cameos from the original actors is nice since if there’s one thing that makes a reboot feel a little more worth it, that would be inviting the original actors to show up, even if it’s just for a moment or two. It’s a big question as to whether Lloyd or Keaton would want to bother, as Furst and Boyle both passed away years ago. It would be great to see them all the same since it’s a belief that this movie could be made again and even be made to be just as amusing if not more so.

The updates would be what might make this movie a little better since they could add more depth and more layers to the movie than were originally included. But as far as the actors, there are a lot of people who could take on each role and make it work. One would have to wonder if it would even be accepted by fans considering the underlying sensitivity to everything that people have these days, but in the interest of creating a great comedy, it might be easy to say the hell with it and just make the movie.